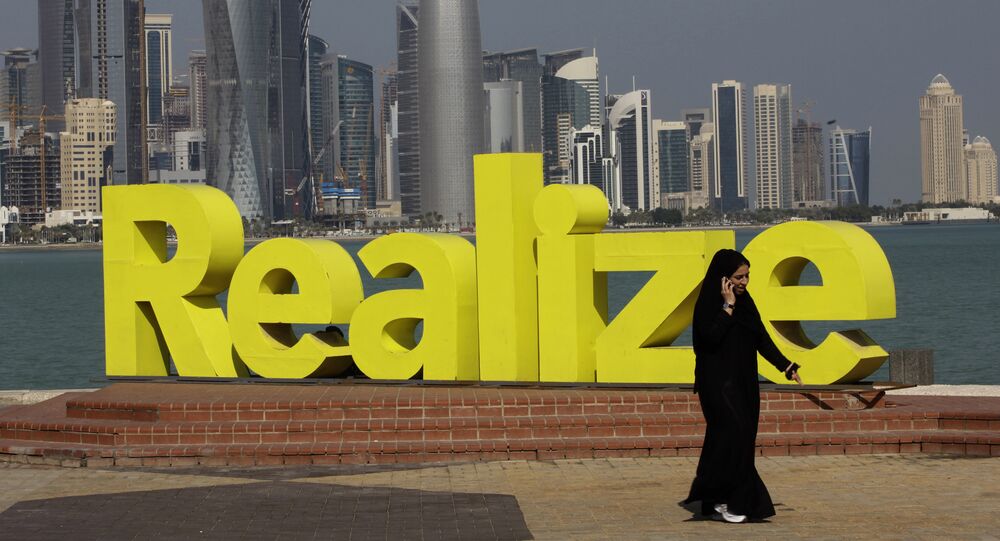 According to Saudi economist Aiman al Khalaf, speaking to Sputnik, Qatar’s withdrawal from OPEC won’t affect oil prices. The country produces about 600,000 barrels, which is about 2% of OPEC’s total production; Qatar ranks 11th among the cartel’s members. The expert believes the move isn’t about gas production.

All the reasons here are purely political. “For Doha, this is an opportunity to escape subordination to the countries that have imposed the blockade. In OPEC, it doesn’t play a significant role, while it must abide by collective rules and obey the decisions taken. In addition, Iran, which is sanctioned at the moment, will support this decision”, the economist said.

© AP Photo / Hasan Jamali
'Having Qatar Outside of the Group is Less Beneficial For OPEC' - Researcher
Aiman al Khalaf believes that Qatar would return to OPEC if the withdrawal harms the country’s economy. However, it would be more difficult to return for Qatar than it was for Indonesia, which announced its withdrawal in 2008 and later returned to OPEC at the end of 2015.

For his part, Saudi expert Saleh al Shneiber told Sputnik that Qatar decided to withdraw from OPEC in order not to cut its oil production. Russia and Saudi Arabia could agree on this at the upcoming meeting.

© AFP 2021 / Ryad Kramdi
If Carlos the Jackal Couldn't Topple Cosy Oil Cartel What Chance Has Qatar?
“Qatar’s decision won’t affect OPEC in any way, nor will it change anything with regard to the country’s own economic situation. This is a political step aimed at attracting attention. After the imposition of the blockade, Doha has found itself in a quandary and has been trying to get out of it”, the Saudi expert said.

“The country’s government will pay extra attention to gas production, although oil has nothing to do with gas. We can’t say that the case with OPEC will give a push to the gas industry. This is more like bravado and a big political move”, Saleh al Shneiber concluded.

Views and opinions expressed in this article are those of the speakers  and do not necessarily reflect those of Sputnik.

If Carlos the Jackal Couldn't Topple Cosy Oil Cartel What Chance Has Qatar?