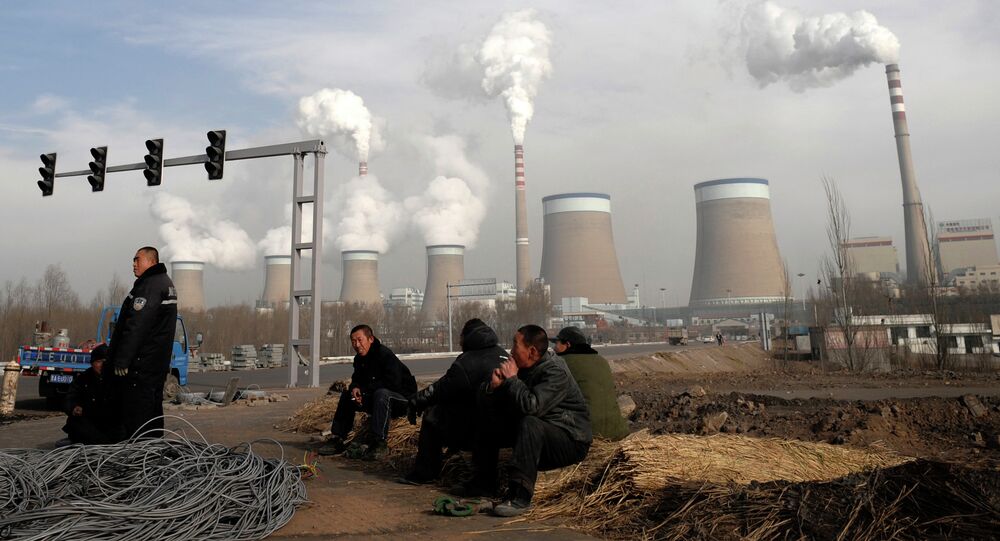 A new report by an international research group has found that global carbon emissions in 2018 will reach an all-time high, with three countries accounting for the majority of the amount and its increase: India, China and the US.

Fossil fuel emissions worldwide rose by 2.7 percent this year, for a total of 37.1 billion tons of carbon dioxide that was pumped into the air, according to the Global Carbon Project, which published its findings in Nature on Wednesday. That's a greater increase than in 2017, too, when emissions rose by 1.7 percent.

The European Union as a whole actually decreased its emissions slightly this year, even as fuel use for transport has increased. The EU is responsible for about 10 percent of global carbon emissions.

"Global emissions need to peak well before 2030 to meet either of the Paris goals," lead researcher Corinne Le Quéré, professor of climate change science and policy at the UK's University of East Anglia, told CNN. "At the moment it looks more like global emissions are set for a gentle rise to 2030."

The 2015 Paris Climate Agreement, toward which nearly every country has pledged to work, set the goal of reducing carbon emissions enough to curb global temperature rise by at least 2 degrees Celsius, and 1.5 percent if possible.

The report notes that most of this year's increase is due to an increase in coal use, although that amount still isn't equal to its 2013 peak. Coal is a fossil fuel, along with other hydrocarbon products like petroleum and natural gas.

US coal use has dropped sharply in the last 10 years, declining by over 40 percent, most of which has been in favor of natural gas, which doesn't emit as much CO2 as coal or oil.

"Every year of rising emissions puts economies and the homes, lives and livelihoods of billions of people at risk," Christiana Figueres, who was the UN climate diplomat overseeing the Paris agreement, told the Guardian. "We are in the age of exponentials," in which both clean technologies like solar power and electric cars are expanding, but so is the prevalence of extreme weather driven by changes in climate. "We have to ensure it is the solutions exponential curve that is going to win the race."

​"Despite the current Trump administration's attempts to just scuttle any type of climate change discussion, purging it from websites, the Department of Defense still today recognizes national security as being significantly threatened from climate change. They point out that, even internationally, most of our military bases — all of our military bases — are in coastal regions that are now being threatened with flooding," said Edwards.

"But yes, there are things that we can do, and it's going to take a monumental effort on our part to make sure it happens. We can turn this around if we start to push bad politicians out of office, here in the United States, certainly, and replace them with progressive folks. And what we're seeing [is] a little bit of that happening, and a climate discussion in this country that's reached heights that it's never reached before and is now a major topic of conversation," he continued.

"That doesn't address the international problem, and as you point out, this report points at China and India as being responsible for the largest increases. The United States is also — you said the national [average] is 2.7 [percent], US is at 2.5 [percent] increase this year, too, so they're about [even] on that scale… our 2.5 is very significant," said Edwards.

"So we need to turn this around. We can turn it around; there is hope that it can be done. There is still time to act."

"There are lots of studies out there that lay out roadmaps on how to get 100 percent renewable, clean energy in the United States and elsewhere within the next couple of decades… the big impediment that we have is that when it comes to energy policy in this country and around the world, it is literally being scripted by the fossil fuel companies. ExxonMobil walks into the White House and literally scripts our energy policy. And no surprise, that means they're keeping us addicted to fossil fuels for decades and decades to come. Even if it means the complete destruction of this planet, they're just looking at the short-term economic gain. That's what we need to get rid of, and that's why this is a political solution, not a technological solution."

"I mean, I'll be the first to admit there are some technological gaps in terms of storage and aviation and those kinds of things, but as you say, we can overcome this. It's just funny when I listen to conservatives talk about things like ‘American Exceptionalism, we can overcome and challenge and we are so great' — well here's a challenge, why don't we try overcoming this one? We did have a Marshall Plan; we did have World War II mobilization at a time of crisis — this crisis is planet-threatening; if we can't match that effort, we're done for," the activist continued.

"We have people who are in a position to promote these things just getting up and walking away. And rest assured, they are making their money elsewhere and getting payoffs from the oil and gas industry. And you got the fracking industry that's holding itself out as our savior for climate — it is just as bad as other fossil fuels. No one's measuring methane emissions from fracking, and that's a huge greenhouse gas pollutant; it's much more potent than CO2. So we just need to shift completely off fossil fuels. Natural gas, coal, oil — we need to leave those things where they are, in the ground, and move on to wind and solar."

"And you've got Republican, right-wing think tanks and lobbyists like ALEC [American Legislative Exchange Council] out there working at the state level to undermine even people putting solar panels on their roofs. There are states across this country where ALEC and the right wing have successfully passed state legislation to financially punish people who put solar panels on their roof," he said.

Noting that many rich people in power don't care about the issue because they can afford to protect themselves from the effects of climate change, Edwards told hosts Brian Becker and John Kiriakou that one manufacturer of plastics, which are produced using petroleum, is owned by a man who built a coastal house on hydraulic stilts, enabling him to raise his mansion higher and higher as sea levels rise.

"It's short-sightedness… our food systems are crashing, our water systems — I mean you can jack your house up as high as you want, we are gonna have a massive disaster, a crisis, that raising your house a few feet on your hydraulics is simply not going to fix," said Edwards.