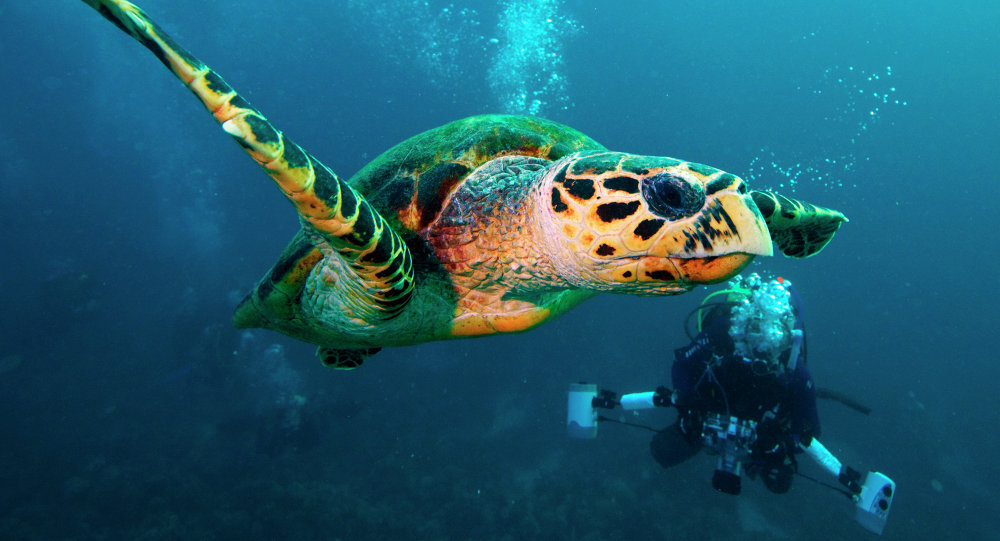 Mining companies are increasingly coveting the seabed around the world in their thirst for minerals. Sputnik spoke to Duncan Currie, a political and legal adviser to the Deep Sea Conservation Coalition, about attempts to stop mining off the coast of New Zealand.

Last month Sputnik reported on how the International Seabed Authority (ISA) was drawing up new rules on the exploitation of the seabed by deep sea mining companies as booming demand for cobalt, copper, nickel and manganese for the production of electric batteries was encouraging firms to see the ocean as a possible source of these minerals.

The world's oceans are divided between territorial waters — the area covered by the continental shelf and considered to be owned by the nearest country — and international waters.

The ISA is responsible for international waters but it is up to each national government to decide whether to allow their waters to be exploited for minerals.

Japan is undertaking a lot of tests and putting a lot of resources into exploring the mineral value of its continental shelf.

Seafloor From Norway to Namibia is Coveted

There is also interest in Norway, Mexico and Namibia and an exploratory contract has controversially been handed out by the government of Papua New Guinea.

Duncan Currie, a political and legal adviser to the Deep Sea Conservation Coalition, said the pressure from mining companies was incessant and he said the threat was unquantifiable.

"We know very little about the ocean and the processes involved and it's difficult to know the impact but we are rapidly beginning to understand the threat to the deep sea in particular. Scientists are concerned about the deoxygenation of the sea floor and the sequestering of carbons and those sorts of issues," Mr. Currie told Sputnik.

Protesters including #indigenous people in #NewZealand are trying to stop a seabed #mining project for 50 million tons per year of #iron sands, #titanium and other minerals.https://t.co/V0DnA2uDVd pic.twitter.com/NMxr110lNb

​But he has been most involved in the fight to protect the seabed off the coast of his native New Zealand.

Mr Currie, who also advises a pressure group called Kiwis Against Seabed Mining (KASM), said there were two separate threats to the ocean off New Zealand.

A company called Trans-Tasman Resources (TTR) is seeking to salvage iron ore from around 40 metres down in the Taranaki Bight, around 12 miles off the west coast of North Island.

Iron sand has been mined onshore in New Zealand since 1850 and the iron ore is mostly exported to China and Russia.

A second proposal would involve dredging the ocean floor 500 metres down between the east coast of North Island and the Chatham Islands in a bid to find phosphates, which are used to make fertiliser.

Chatham Rock Phosphate, the company behind it, claim most of the million tonnes of phosphates used in the New Zealand farming industry was imported from Morocco and the seabed mining would actually reduce the country's carbon footprint.

Much of the phosphates imported into New Zealand are actually mined in the Western Sahara, a territory which Morocco has illegally occupied since 1975 despite the objections of the indigenous Sahrawi people.

Both TTR and Chatham Rock had their initial bids for exploration contracts turned down by independent panels appointed by the New Zealand government.

TTR is seeking to overturn that decision in the Court of Appeal.

Mr. Currie said the fishing industry in New Zealand was implacably opposed to deep sea mining, as were many indigenous peoples.

He said although New Zealand's Prime Minister, Jacinta Ardern's Labour Party is propped up in government by the Green Party through a confidence and supply agreement, the government has shown little interest in stopping deep sea mining.