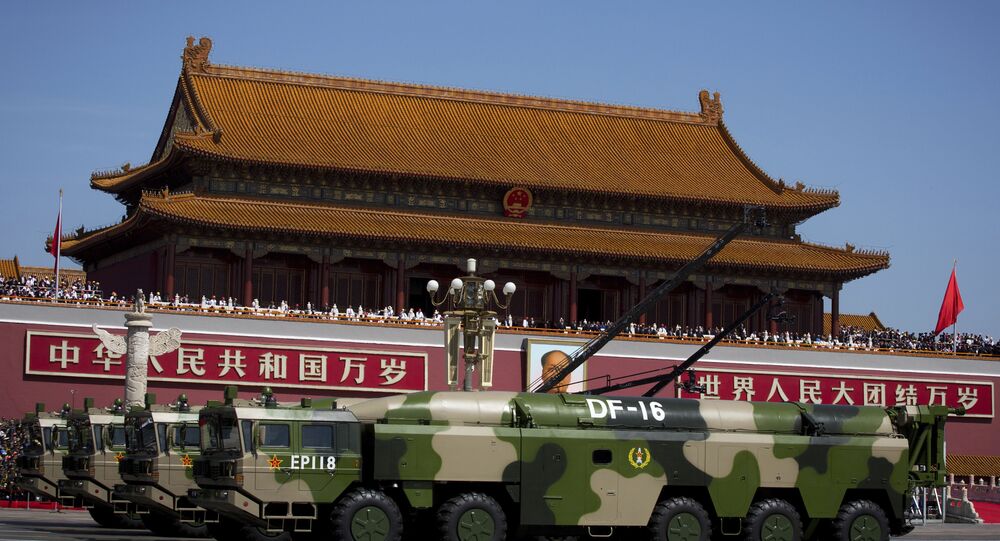 US Senator Tom Cotton and Congresswoman Liz Cheney have introduced a bill preventing the extension of the New Strategic Arms Reduction Treaty (New START) with Russia. Speaking to Sputnik, Michael O'Hanlon, director of research foreign policy programme at the Brookings Institution, shared his views on the lawmakers' initiative.

"I am dubious that this kind of proposal will make its way into law," Michael O'Hanlon, senior fellow and director of research foreign policy programme at the Brookings Institution, told Sputnik, commenting on US Senator Tom Cotton and Congresswoman Liz Cheney's initiative aimed at axing the New Strategic Arms Reduction Treaty (New START) with Russia.

"I don't think we would benefit [from this]," O'Hanlon stressed. "I think the proposal comes out of pique and distrust towards Russia and President Putin. Some of that pique is understandable. But I don't see what purpose this particular policy response would serve, or how it would make things somehow better."

© AP Photo / Dave Caulkin
US Lawmakers Introduce Bill Preventing Strategic Arms Reduction Treaty Extension
On 28 November the US lawmakers came up with the initiative that envisages that the extension of the New START Treaty could be prevented by Congress.

"This bill prevents funding to extend the New START Treaty until the President certifies to Congress that Russia has agreed to verifiably reduce its stockpile of tactical nuclear weapons and include its new systems under the limits of the New START Treaty," the official statement said.

The agreement was signed by Russia and the US on 8 April 2010 in Prague and came into force on 5 February 2011. Being based on several previous joint non-proliferation arrangements the treaty limits the number of deployed strategic nuclear warheads and strategic nuclear missile launchers. The deal is due to expire in 2021; however, it could be extended for five additional years.

Earlier, in February 2018, the White House signalled that it would continue to implement the agreement together with Moscow.

"The United States will continue to fully implement the New START treaty and remains committed to working with others, including the Russian Federation, to create the conditions to support the ultimate goal of the global elimination of nuclear weapons," the official statement said.

According to the US foreign policy analyst, if the agreement were thwarted it would have affected the US's attempts to prevent the proliferation of nuclear weapons.

"An effective end to US-Russia nuclear arms control makes it harder to think we can, for example, continue to expect nuclear restraint by China, and could weaken our hand in pressuring North Korea to denuclearise and Iran to remain nuclear-weapons-free," O'Hanlon elaborated.

© REUTERS / Kevin Lamarque
‘Dealmaker’ Trump Outmatched by His Anti-Russian Cabinet’s Kerch Scheme - Think Tank
As for the timing of the initiative, the scholar presumed that it might have been triggered by the recent maritime incident in the Kerch Strait.

"It's a reaction to the recent Russia-Ukraine skirmish as well as President Trump's unwillingness to confront President Putin adequately in other ways, I believe," he presumed.

On 25 November two Ukrainian frigates, the Berdyansk and the Nikopol, and a tugboat illegally entered Russian territorial waters while heading toward the Kerch Strait, the entrance to the Sea of Azov. The Ukrainian vessels were seized by Russia as they had violated Articles 19 and 21 of the United Nations Convention on the Law of the Sea.

Commenting on US lawmakers' steps to upset the Russian-American nuclear arms deal, the foreign policy analyst remarked: "Frankly, I'm not sure about whether US-Russia relations will suffer much more even if New START ends."

© AP Photo / Matt York
US Congress’ Demands on New START Treaty ‘Unacceptable’ - Russian Ambassador
However, according to O'Hanlon, it could end up with the two countries "wast[ing] money on unneeded nuclear buildups, and both could suffer greater anxiety doing worst-case planning about the other."

Speaking to Sputnik on 30 November, Russian Ambassador to the United States Anatoly Antonov opined that "it is high time for President Putin and President Trump to discuss strategic stability and the future of nuclear arms control, primarily the INF Treaty and the New START."

This is not the first time that US policy-makers have threatened to reconsider or even disrupt US-Russia nuclear arms agreements.

Earlier, President Donald Trump announced that the US was going to withdraw from the Intermediate-Range Nuclear Forces (INF) treaty struck between the United States and the former Soviet Union in 1987, claiming that Moscow has developed new classes of banned missiles.

Assessing the Trump administration's initiative, Russian Foreign Minister Sergei Lavrov said on 24 November that it would be "a rather incautious step."