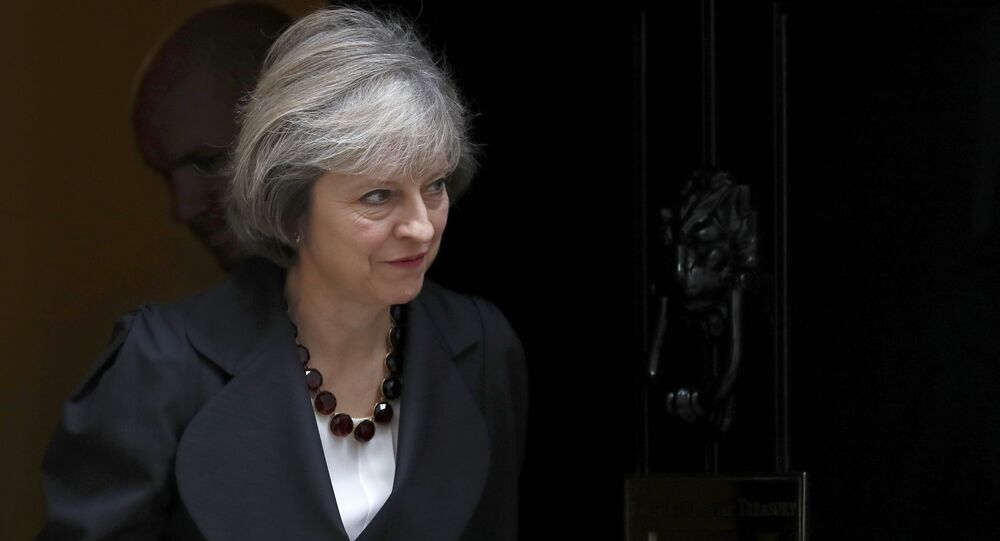 Commentator: May's Deal 'Was Doomed to Fail in Any Event'

Britain’s Theresa May has claimed her Brexit deal will leave the UK "better off" after the UK leaves the bloc, as she defended her agreement in the face of damning official economic forecasts. With more on this story, The Trade Unionist and Political Commentator, Jerry Hicks told Sputnik that Theresa May’s deal will not pass through the Commons.

Sputnik: According to the first independent analysis of Britain exit terms, Theresa May's Brexit deal could leave the UK £100bn poorer each year in first decade outside of the EU. What does this embarrassing ruling mean for Theresa May's deal?

Jerry Hicks: I think its chickens coming homes to roost, I think its poetic justice, its sweet revenge for Cameron in first place calling the referendum. Not on a basis of principle, EU or not, it was to suck up rabid right-wing UKIP votes and that has lead us to this downward spiral. I am in an empty shopping mall in the centre of Bristol a few weeks before Christmas and I'm outside a foreign exchange shop at the moment, where I can the see the pound has lost about 20% of its value over the last 2 years.

Theresa May called a snap election thinking she would sweep the board and these tory politicians are reaping the whirlwind of their making. I think although I am an international socialist, I'm not pro-European, the material circumstances at the moment are that it was the right wing leading the way and small wonder now is in disarray and dismay. Theresa Dismay.

Sputnik: From left to right, politicians and the general public have united to condemn the prime minister's Brexit deal. Is there any possibility that her deal will make it through parliament?

Jerry Hicks: I don't think there is a snowballs chance in hell of the deal going through. Left and right have united and all the positions in the middle except from the BBC which are still the tory party media wing. They are putting a bit of a gloss on it in the prospect that it might get through and all those other things but I think it was doomed to fail in any event and I think that doomsday is coming closer. I think that Labour have conducted themselves tremendously and continued to do so and what most people are seeing, recognizing or otherwise, that there is an alternative to Theresa May and that alternative is not Michael Gove or Boris Johnson but instead a Corbyn-led Labour Government.

© AP Photo / Matt Dunham
UK Could Lose Up to £700bln as Banks Relocate to Frankfurt After Brexit
READ MORE: May Agrees to Defend Her Brexit Deal to Corbyn on TV in December — Reports

Sputnik: Finally, If not this deal, what Brexit approach should Britain be taking before we leave the EU in March?

Jerry Hicks: I don't think that it's a given that we will be leaving the EU in March. I think if the deal is voted down in less than 2 weeks from now then all things are back on the table; whether it would be an extension of Article 50, leading to the possibility of a general election, a further vote on Brexit or otherwise, or my hope of a general election and the possibility of Corbyn leading a minority government if the tories fall. I don't think that March now is a foregone conclusion.