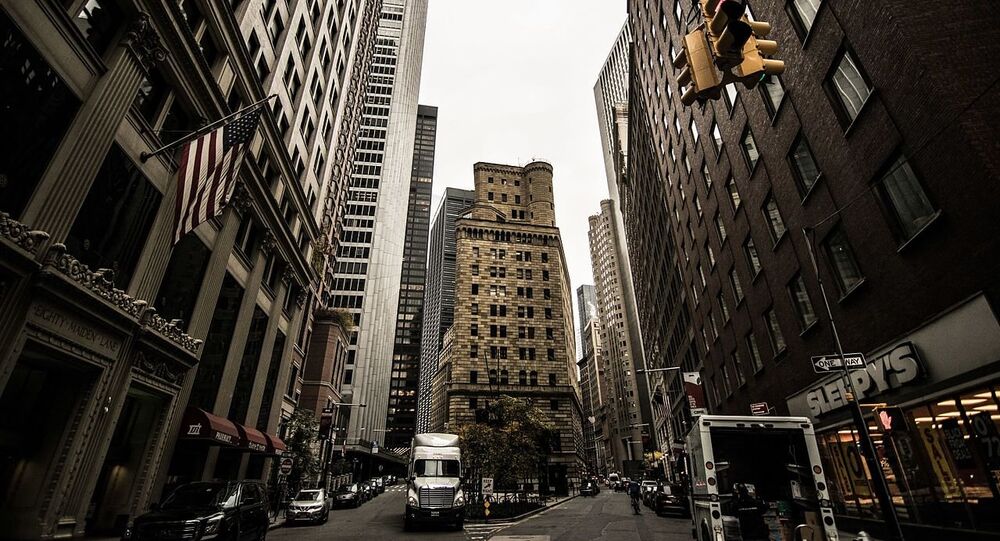 In an interview with the Washington Post this week, US President Donald Trump blamed the recent stock market declines and General Motors’ recent announcement of plant closures and layoffs on the Federal Reserve, criticizing Federal Reserve Chair Jerome “Jay” H. Powell, whom he nominated last year.

​The Federal Reserve System is the US central banking system established in 1913. The purpose of the Federal Reserve, according to its website, is to "conduct the nation's monetary policy to promote maximum employment, stable prices and moderate long-term interest rates in the US economy."

"I'm doing deals, and I'm not being accommodated by the Fed," Trump said during the interview with the Washington Post. "They're making a mistake because I have a gut, and my gut tells me more sometimes than anybody else's brain can ever tell me."

This is not the first time that Trump has fired shots at the Federal Reserve.

"I think the Fed is making a mistake. It's so tight. I think the Fed has gone crazy," Trump told reporters in Erie, Pennsylvania, where he had come for a campaign rally earlier this month.

In July, Trump said he was "not thrilled" with the interest rate hikes because they threatened to nullify the the economic stimulus his administration has tried to implement through actions such slashing the corporate tax rate from 35 percent to 21 percent, according to Yahoo Finance.

"He's actually quite right on that front, because he is being advised by economists who didn't see the financial crisis coming… [and they] didn't understand the role of credit in the economy," Keen told hosts Brian Becker and Walter Smolarek.

"If there is one thing Trump does understand, it is the economic power of credit. So, what's been happening is that the Federal Reserve is putting up rates in complete oblivion of the [magnitude] that will have on our outstanding debt, because according to their [the Federal Reserve] model, the levels of private debt have no economic impact," Keen explained.

"As you pump up the interest rates, more and more people are carrying enormous servicing costs which they can't maintain, credit growth will stagnate, and the economy will go into a recession again. That's my expectation of what will happen before the election campaign that is in 2020. So, I do think he [Trump] is quite right, that Powell is risking the recovery he has so far by putting up rates. I would this time trust Trump's gut as well, but I don't want to hear his mouth speak," Keen added.

A 2015 report by the Congressional Budget Office and Dean Baker, a director at the Center for Economic and Policy Research in Washington, states that higher interest rates lead to larger budget deficits.

"The Federal Reserve Board is widely expected to start raising interest rates some time in 2015. The purpose of higher interest rates is to slow the economy and prevent inflation. This is done by reducing the rate of job creation and thereby reducing the ability of workers to achieve wage gains," the report states.

"If the Fed were to keep interest rates near their current levels, so that the ratio of interest payments to debt did not change, the government would save $2.868 trillion on interest over the 10-year budget horizon," the report estimates.