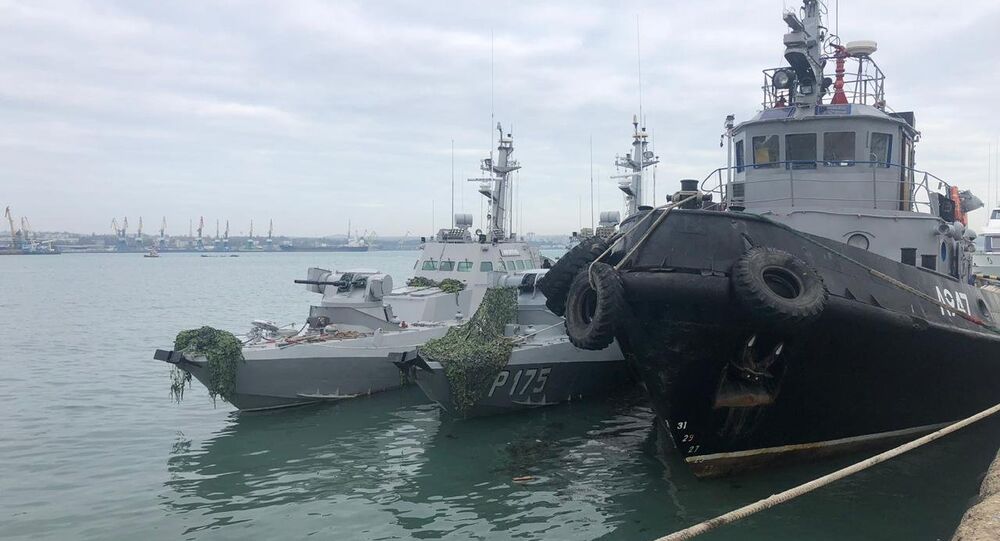 BRUSSELS (Sputnik) - The situation with the detention of three Ukrainian vessels in the Kerch Strait and the subsequent imposition of martial law on the Ukrainian territory looks like a well-thought-out plan aimed at portraying Kiev as a victim, Belgian lawmaker Filip Dewinter told Sputnik.

'The spokeswoman for the Russian Ministry of Foreign Affairs was speaking of "gangster tactics" to describe the attempt made by the Ukrainian navy. I think it was not a reckless "gangster" action, but a calculated one, to present Ukraine as a victim', Dewinter argued.

The lawmaker also said he believed that the incident should make the European Union revise its military cooperation with Ukraine.

On Sunday, Russian Foreign Ministry spokeswoman Maria Zakharova accused Kiev of the use of gangster actions, stressing that Ukraine first made a provocation, exerting power pressure on Russia, and then came up with charges of aggression against Russia.

© Photo : Russian Presidential Press Office
Putin: Standoff in Kerch Strait Staged Provocations, Aimed to Impose Martial Law in Ukraine
The statement referred to the incident with Ukraine's Berdyansk and Nikopol gunboats and the Yany Kapu tugboat that had illegally crossed the Russian maritime border. According to Russia's Federal Security Service (FSB), the vessels sailed toward the Kerch Strait, the entrance to the Sea of Azov, and were seized by Russia after failing to respond to a demand to stop. In response, the Ukrainian authorities decided to impose martial law in select regions of Ukraine.

Views and opinions expressed in the article are those of the speaker and do not necessarily reflect those of Sputnik.