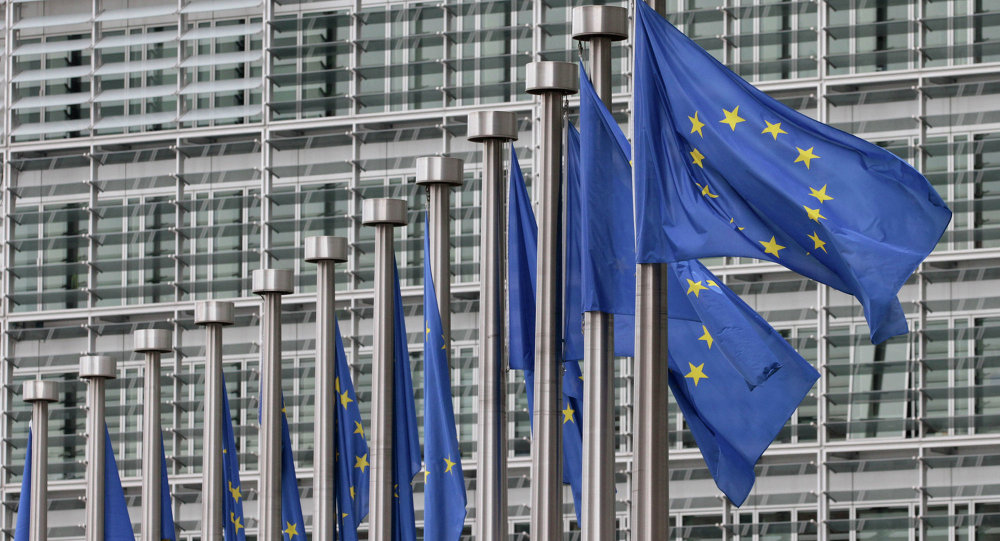 In an exclusive interview with Sputnik Česká Republika, sociologist and MEP Jan Keller talked about migration, membership of the Czech Republic in the European Union, US tensions over the implementation of the INF Treaty, and other crucial issues.

Sputnik: In the article ‘What Multiculturalism Hides' (Co skrývá multikulturalismus) for the Gatestone Institute, you provide arguments that prove the danger of migration for the population of European countries, primarily from a cultural point of view. The Czech Republic already has experience of receiving a large group of migrants — these are Vietnamese, who, as observations show, have not had a destructive impact on the culture and society of the country. Couldn't the same model be implemented with a small group of migrants from Africa and the Middle East?

© Photo : Antonia Yamin ‏/twitter
Men of 'Migrant Background' Hurl Firecracker at Hebrew-Speaking Reporter in Germany (VIDEO)
Jan Keller: Vietnamese relate to the culture, which in the case of migration, behave very differently from migrants from the Islamic world. Islam has still not separated religion and politics, which happened in Europe more than 100 years ago. The result is that Islamic migrants tend to establish in the countries they go to their own parallel society.

It functions independently of state institutions, on whose territory they have come. The tactics of creating a parallel society vary, depending on the impact of the Islamic population on the citizens of a particular country. The goal is to create their own power structures, as well as legal, educational and social structures that would not be loyal to the legal structure of the host country and would not be compatible with its values.

Migrants from Vietnam have no such ambitions, even in cases when they come to the country in great numbers. The last part of your question is a bit misleading. If it were really about small groups of migrants from Africa and the Middle East, then there would be no problem. Tens of thousands of Muslims live in the Czech Republic, and everyone who wants to enrich themselves with their culture has such an opportunity.

The risk is mass migration, which is prompted by population growth in Africa and the Middle East, from which European institutions either cannot or do not want to defend themselves.

Sputnik: You argue that if the EU continues to put pressure on the Czech Republic on the migration issue, then membership in the organization has not justified itself. Can the potential economic damage from receiving dozens of migrants be comparable to all the benefits provided by the EU? Or is it just a matter of principle?

© AP Photo / Petr David Josek
Czech President Slams UN Migration Pact Over Controversial Policy - Reports
From European subsidies, the Czech Republic each year receives approximately 1/10 of what it gives annually to shareholders of major Western firms. The result is that rich people from countries such as Germany, France, and the Netherlands benefit greatly from economic growth in the Czech Republic. Concurrently, over the last 10 years, the average life expectancy in the Czech Republic is not approaching the level of the countries of former Western Europe.

Again, I have remarks as to the last sentence of your question. I do not like it when you say that something is a matter of principle. To achieve something from principle is even more important than to count the economic benefits and losses. In this case, the key principle is the loss of the sovereignty of the Czech Republic and the prospect of the survival of the Czech culture.

Sputnik: In an interview with Literarky.cz, you answered a question about Russian-European relations as follows: ‘Anti-Russian sanctions lead nowhere. Therefore, I am convinced that they will not be cancelled. It is this logic that is just a reflection of those higher European values'. Could you please explain why the sanctions will not be lifted if their inefficiency is so obvious; and what is the logic of European values?

Jan Keller: As a sociologist, all my life, among other things, I have been studying the logic of the functioning of organisations and the dysfunction of bureaucracy. The European Union today is showing all the signs of a so-called blocked organization. These organizations work in such a way that if the result of their activity is undesirable, they do everything to increase this undesirable effect. The feedback [mechanism] simply does not work in them, by which one could [otherwise] correct one's work when the results from the point of view of the goal are undesirable.

If we look at the European Union's policy papers over the past 20 years, we see that regularly-stated goals are not regularly achieved. This is ‘solved' in a way that the achievement of goals is postponed for the next 5 or 10 years. And after this period of time, the situation repeats. The EU, instead of correcting itself with regard to its own mistakes, continues to pursue what is working badly.

© AFP 2019 / LOUISA GOULIAMAKI
Europe Split Over UN Global Compact for Migration - Politicians
Each successive failure leads the EU to try to expand with new members, which complicates the situation even more. I am not happy that the laws of bureaucratic dysfunction are applicable. All this is covered up with speeches about so-called ‘European values'. If we analyse these exalted values, we see that they reflect the power interests of those who speak about them so beautifully.

For example, the value of ‘diversity' is manifested in the fact that everyone has complete freedom to do voluntarily what they would otherwise have to be ordered [to do]. I emphasize that I am not an opponent of the European Union. However, its current functioning leads me to great confusion and gives me a feeling of regret because of a sinfully missed opportunity.

Views and opinions, expressed in the article are those of Jan Keller and do not necessarily reflect those of Sputnik.