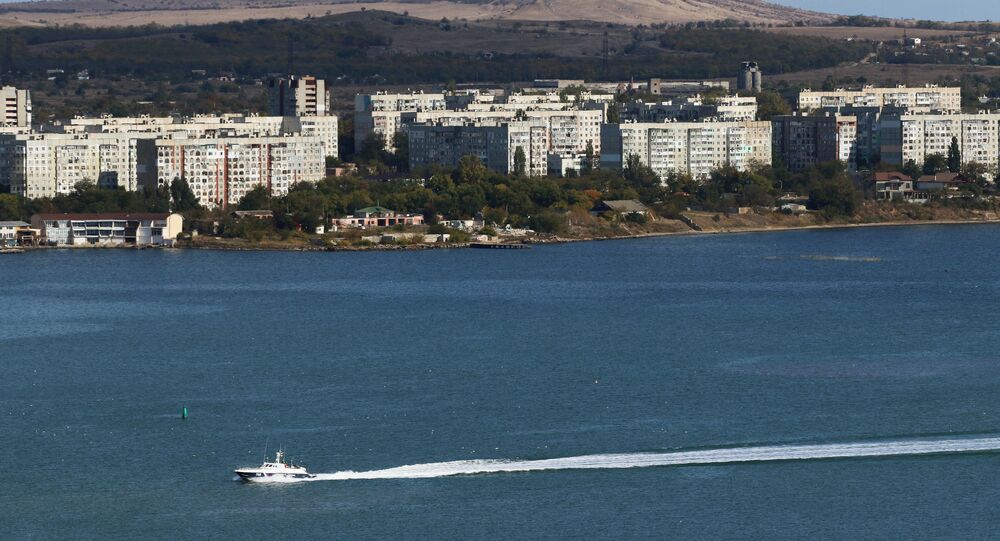 On Sunday, three Ukrainian vessels — Berdyansk, Nikopol, Yana Kapu — violated the Russian state border attempting to move through the Kerch Strait from the Black Sea and were seized by Russian Border control. Sputnik discussed the conflict with Edward Lozansky, Founder of the American University in Moscow.

Sputnik: Do you agree with Ukranian President Petro Poroshenko that this is an example of Russian aggression?

Edward Lozansky: Well from my point of view that it's obvious from what we see now that he's desperate in the upcoming elections and his ratings are low, he's very unpopular and he's desperately trying to find something to raise his popularity and it's a very stupid way to do it but it's the way it is. When you're in desperation you're trying everything to save your neck and now what we see is that he will do more things like that.

For example, he will probably be more active in the Donbass area so we should be prepared for more things like that. It's actually very dangerous as it can lead to some unpredictable consequences including military conflict and all sorts of things.

Sputnik: Could this lead to further escalation as it is a volatile situation around Crimea and in Eastern Ukraine and we already know that there are British armed forces in Ukraine and recently Defence Gavin Williamson promised more British troops and a Royal ship to be deployed to Ukraine; is this not adding more fuel to the fire?

© AFP 2021 / GENYA SAVILOV
How Will Martial Law Affect Ukrainian Citizens' Rights, Government Powers?
Edward Lozansky: Yes we know that also the Americans are training Ukrainian troops and there is the talk of them building or maybe they already started building a naval base in the city of Ochakov, it's very difficult to say…I think indeed this all may lead to an escalation that everyone will regret.

I see something which reminds me of 1914; we've just celebrated the end of World War One — the 100th anniversary and now it looks as if we're getting close to World War Three.

Views and opinions expressed in the article are those of Edward Lozansky and do not necessarily reflect those of Sputnik.