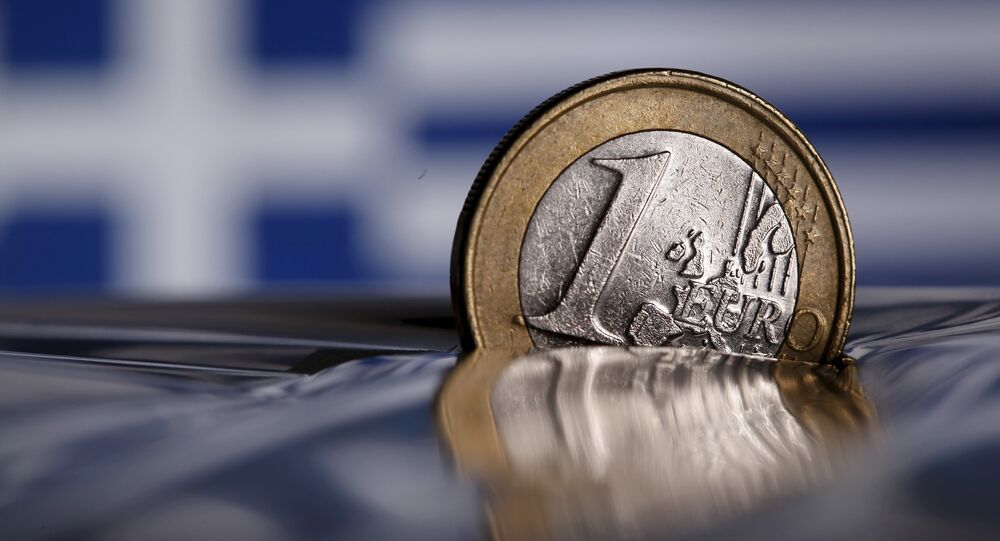 The European Commission is preparing to sanction Italy for exceeding its budget deficit targets. The EC's vice-president Valdis Dombrovskis said Italy risks 'sleepwalking into instability'. However, Rome has remained defiant as Prime Minister Giuseppe Conte said on Thursday that the main points of the budget would not be changed.

Sputnik discussed the possibility of sanctions against Italy with Fabrizio Carmignani, a Professor at Griffith Business School.

Sputnik: How likely is the EU to go as far as to slap sanctions on Italy?

Fabrizio Carmignani: Well, the situation is certainly serious, probably it's never been as serious as it is now. However, there is still some margin for a compromise. The case of Italy will be discussed in the meeting of the Eurogroup on December 3rd; there is indeed a chance that these penalties will go through, but I still believe that there's enough margin for a compromise.

Sputnik: What are your thoughts on the guidelines that the EU has put forth; are they realistic? Obviously, there are some countries which have much weaker economies, that have gone through years of austerity measures and not necessarily improved the situation?

© CC BY 2.0 / Sarah-Rose / Italian flag
EU Sanctions Will Not Be Such Big Blow to Italy – Scholar on Budget Row
Fabrizio Carmignani: That's a very good point, the main issue in Italy is the very high level of debt, the debt-to-GDP ratio is 131%. So this implies that the margin for fiscal deficit, the fiscal space in Italy is very small, so right now the plan of the Italian government is to run a deficit of 2.4%, which in itself is not too large but it is large if you consider that, in the background, there is a debt-to-GDP ratio of 131%, as I said before.

I'm not a supporter of austerity, I think that austerity is not what Italy needs, austerity is not what Europe needs. But at the same time, when you have such a large amount of debt, running a fiscal deficit of 2.4% can be dangerous, especially because this deficit is not a deficit that will stimulate economic growth in Italy.

Sputnik: When you look at the budget that Italy has put forward, what do you think are the primary issues that need to be addressed in order to, perhaps, increase the chances of a positive economic impact?

Fabrizio Carmignani: Well I think that there is space to cap some of the expenditures that are in the budget plan at the moment. As I said before, the budget plan right now implies a fiscal deficit of 2.4% and this is mostly because of the increasing expenditure.

© REUTERS / Stefano Rellandini
Italian Prime Minister to Ask EU for 'Economic Maneuver'
Unfortunately, the type of expenditure that the government has put into the plan is not expenditure that would stimulate economic growth in the long-term.

So if we could cap the expenditure that is not productive, this will reduce the fiscal deficit, this will probably make the European Union happy, and it will give Italy the possibility to think about another plan where expenditure is more productive.

So there is an issue there in terms of design and I hope that this is where we can find a compromise with the European Union, around the type of expenditure that goes into the budget plan.

Sputnik: Italy has actually proposed providing a basic minimum income to some of the individuals with a lower income. What do you think of that? Is that going to stimulate the economy?  Money is probably going to be spent, but is that going to be a positive or a negative thing?

Fabrizio Carmignani: On balance, I think it is going to be negative. Let me be clear, I understand the logic of the Italian government in proposing this measure and in some cases this type of measure might very helpful to provide a social safety net.

© CC0
Italy’s Not Prepared to Change Budget Before EP Elections in May - Consultant
We have to remember that especially in the south of Italy, the unemployment rate is very high and therefore there is a need for a social safety net. This basic minimum income could provide this safety net.

So on balance, I think this is a negative measure, even though it's a measure that tries to address a real problem, which is the problem of unemployment and no income in certain regions of Italy.

Sputnik: On the back of the current political situation in Italy, what are the chances that the politicians who basically are populist will actually cave in and make compromises? Or do you think that they're going to deliver on some of their campaign promises?

Fabrizio Carmignani: What we are observing is a situation where the EU is trying to defend its reputation but there's also a reputational issue for the government.

© AP Photo / Luca Bruno
A Lot of Italy’s Bad Debt Would Pile Onto Northern European Tax Payers - Analyst
The government is following what they announced in the campaign, and if you look at the polls right now, the Italian government is still very popular, actually the popularity, the support of the government is increasing in spite of the standoff with the European Union.