Theresa May is gearing up for crunch talks in Brussels this weekend as she attempts to get her Brexit deal approved by the EU. Will she turn around her fortunes, or will she be rejected by both Brussels and the British parliament?

Sputnik spoke with Margot Parker, UKIP MEP for the East Midlands region, for more insight on the issue.

Sputnik: Do you think Theresa May is going to get her deal pushed through either the British Parliament or past the EU?

Margot Parker: It’s very difficult, but this isn’t a good deal that’s acceptable for the UK. She has so many people, namely all of those people that voted for Brexit not at all happy with the deal she is allegedly trying to forge.

Remember; that her two greatest cards which she seems not to want to play, are the EU budget payments of thirty nine billion and the future access for the EU, to the British market. They sell us more than we sell them.

This isn’t a good deal that the Prime Minister is forging; it’s a capitulation deal. I know she’s got problems with Spain and certainly with Northern Ireland, so the mere fact that she wishes to lock the UK into a deal in perpetuity means, where is our escape? How can we move on? How can we do trade deals with the rest of the world? 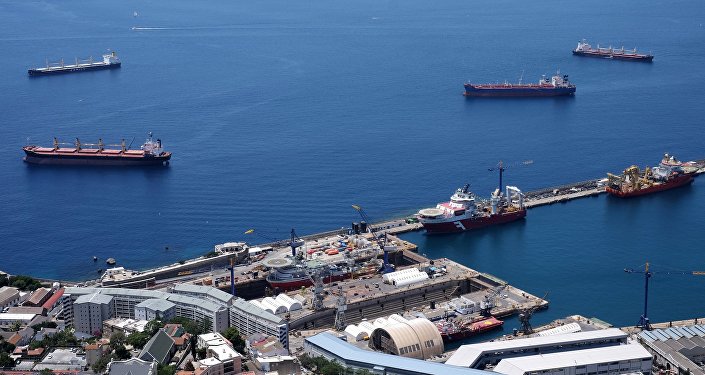 © Sputnik / Olga Golovko
'We Do Not Need a Veto': Gibraltar Ready for Talks With Spain Over Brexit Deal
Sadly this Prime Minister is not forging a good deal. I think it will fall in the parliament, no MP in their right mind could actually vote for this, this is not a good deal.

At the end of the day I really believe that the best deal is simply to walk away, once you’ve walked away on WTO terms; you can then go back and say to the EU, well let’s see what you can do, but by then you will have left under your own terms. You control your borders, you control your fishing rights, you control your laws, you do the things that people thought they’d voted for.

Sputnik: How long can Theresa May stay in power for?

It looks bad and she simply isn’t trusted, people don’t trust what she says because she’s stood there and asked for all sorts of things and promised she would deliver and clearly, this isn’t a deal at all.

© AFP 2019 / JORGE GUERRERO
Spanish PM Again Threatens to Veto Brexit Deal After Talks With May
It beggars belief that a British Prime Minister could humiliate her own country in this way and I’m amazed that MPs can really tolerate it, but many can’t and have resigned.

I don’t know about this present cabinet, I can’t see how they can hold their head up high, and if they represent a leaving constituency, I think they’re in trouble because the British public will not forgive them, for denying those people who voted to leave in those heavily leave constituencies, I don’t think they’re going to get away with that, I think the British public will hammer them.

Views and opinions expressed in this article are those of Margot Parker and do not necessarily reflect those of Sputnik.

'We Do Not Need a Veto': Gibraltar Ready for Talks With Spain Over Brexit Deal