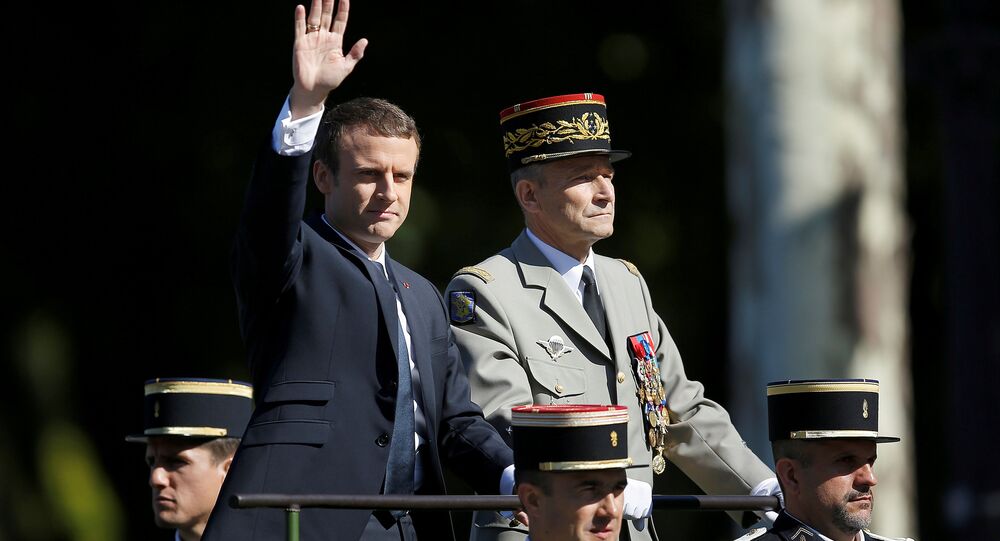 "The project of a European army is not viable; it violates the states’ sovereignty. It is not up to small, unelected bureaucrats perched in Brussels to decide the missions of our soldiers," General Secretary of the French National Rally party, Nicolas Bay, said.

Bay added that Macron held no real influence over the resolution of global concerns stressing that French president "communicates a lot, takes the stage, but he has no real influence on major international issues," including Syria, thawing of tensions with North Korea and the situation in Libya.

© REUTERS / Stephane Mahe
Professor On European Army: 'I Don’t See the Vehicle Coming Off the Ground'
The general secretary's comment comes after Macron stated in Bundestag on Sunday that European countries must be stronger and more independent to counter global threats, increasing their potential for the provision of defence and security.

Prior to that, Macron said that the European Union should have a "real European army" independent of the United States and NATO to be able to defend itself. The idea was supported by German Chancellor Angela Merkel, while US President Donald Trump criticized the concept.