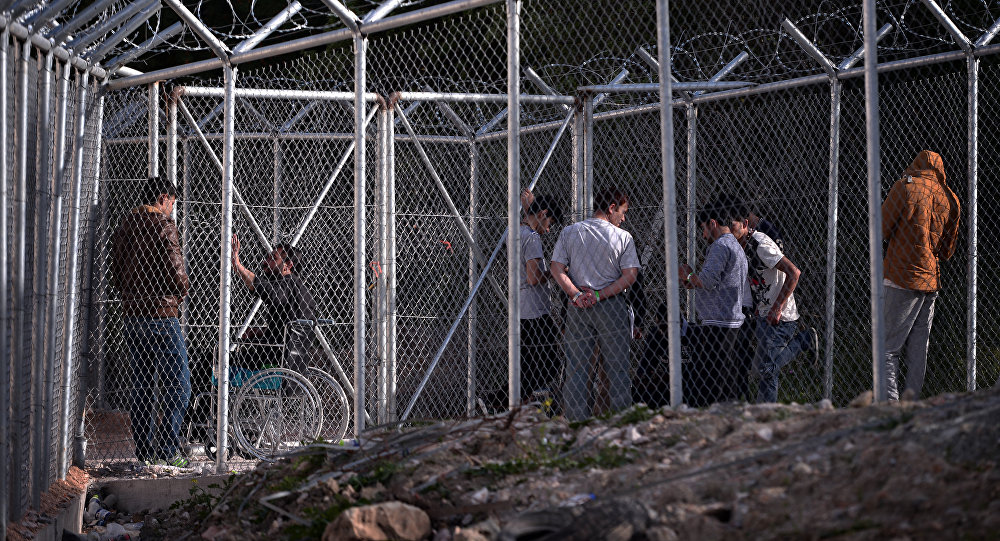 BRUSSELS (Sputnik) - The Global Compact for Safe, Orderly and Regular Migration has met with a whole gamut of reactions in Europe: from welcome to uncertainty to rejection.

The non-binding agreement is expected to be adopted at the intergovernmental conference in Morocco's Marrakech on December 10-11, but a number of countries have already pulled out of the compact. Outside of Europe, the United States, Australia and Israel have rejected the agreement. In Europe, Austria, Bulgaria, the Czech Republic, Hungary, and Poland are opposed to signing.

Migration has been the source of some disagreement among and within EU member states lately. The German government appeared dangerously close to collapse in the summer as Interior Minister Horst Seehofer threatened to resign over a disagreement with Chancellor Angela Merkel on migration policy. Poland, Hungary and the Czech Republic have been at loggerheads with Brussels over their refusal to take in migrants under the EU quota system.

With only a few weeks to go until the conference, it is unclear how many countries will sign the compact.

© AP Photo / Emilio Morenatti
Mass Migration Planted 'Bomb' Under EU, Borders Should Be Closed – Belgian Politician
Belgium is torn, as its Prime Minister Charles Michel, who belongs to Mouvement Reformateur (MR) party, would like to sign the deal, but The New Flemish Alliance (N-VA) is against it.

Filip Dewinter, a member of the Belgian federal parliament for the Vlaams Belang party told Sputnik that he had asked for a new debate to be held in the Chamber of Representatives on Thursday.

"I think the Belgian government could very well fall now if the prime minister and the other centre-left parties in the coalition want to sign and the N-VA sticks to its position of refusing it because they are afraid of losing votes to my party, the VB. Tension is high," Dewinter said.

The Belgian lawmaker believes that even though the agreement is non-binding, it may influence the courts' decisions once signed.

"European countries must absolutely say NO to this declaration that only imposes obligations on host countries, making it impossible for them to apply any restrictive policy," Dewinter stressed.

Joerg Meuthen, co-chairman of the Alternative for Germany (AfD) party, told Sputnik that the pact would be "morally binding, if not immediately legally."

Alexander Gauland, the leader of the AfD faction in Bundestag, expressed similar concerns.

"The pact is supposedly non-binding, but can unfold under international law and become compulsory via 'soft law.' The consequences could be dramatic," Gauland said.

However, Nicolas Van Nuffel, the representative of a Belgian association helping Africa, CNCD-11.11.11, stressed that the compact was not mandatory.

"This is not a Geneva Convention which is mandatory for all member states. This declaration, at a time when multilateralism is ailing, puts in place long-term objectives to give extensive rights to migrants, oblige host nations to treat them well and allow us to consider migration as a phenomenon deeply anchored in the history of humanity," Van Nuffel told Sputnik.

Meuthen is wary of the obligations that the host countries would have under the compact. According to him, the agreement is "a hidden relocation program for economic refugees" and it "enables all future migrants to have access to the social welfare system" that they did not contribute to.

"It will give additional incentives for further increasing immigration to Germany," Meuthen said. 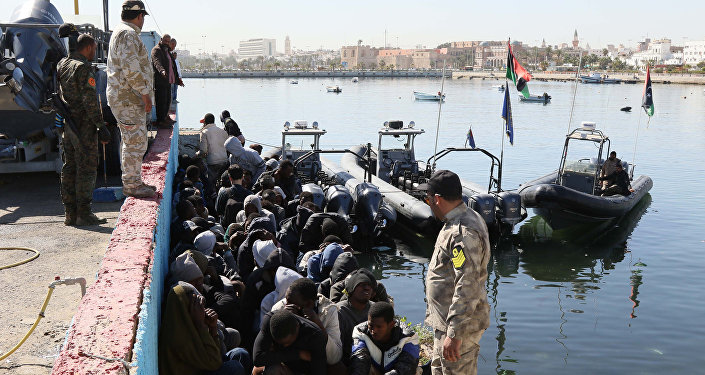 © AFP 2019 / Mahmud TURKIA
Libyan Prime Minister Slams Europe for 'Hypocrisy' on Migrant Issue – Reports
Meanwhile, Ahunna Eziakonwa, Assistant Administrator and Director of the Regional Bureau for Africa of the UN Development Programme (UNDP), told Sputnik earlier in November that the agreement's aim was to target the root causes of migration. According to the UNDP official, the agreement will help ensure a higher level of cohesion between migration policies that often differ even within one country, depending on the agency or department.

In US Footsteps: Another EU Country Joins Revolt Against UN Migration Pact