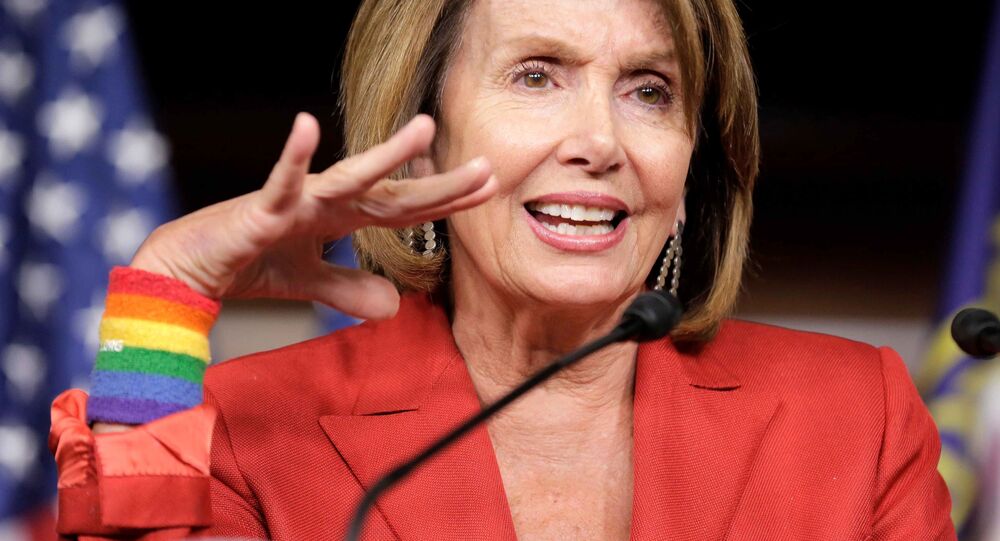 California Congresswoman Nancy Pelosi has submitted her bid to become the most influential lawmaker in the US House of Representatives.

However, more than two dozen Democratic representatives who will be in the House when the next Congress starts in January have expressed reluctance over supporting Pelosi. Alexandria Ocasio-Cortez of New York, Lauren Underwood of Illinois and Sean Casten of Illinois are only a handful of Democrats who haven't stepped up to publicly support Pelosi.

"According what I've been reading, Nancy Pelosi is now a progressive. The woman who was against Medicare for all, against expansion for health care, against social security benefits, education, against all of these things, is now a flaming lefty," Thomas told hosts Lee Stranahan and Garland Nixon.

I don't know how this is going to work out. I can imagine there are going to be certain fractures that are going to start to form when Nancy Pelosi doesn't do the stuff that they want her to do," Thomas added.

"We are thankful to Leader Pelosi for her years of service to our Country and to our Caucus. She is a historic figure whose leadership has been instrumental to some of our party's most important legislative achievements," the letter said. "However, we also recognize that in this recent election, Democrats ran and won on a message of change."

"We are committed to voting for new leadership in both our Caucus meeting and on the House floor," the letter added.

Earlier this month, US President Donald Trump said in a statement that Pelosi deserves to be the "chosen Speaker of the House by the Democrats."

"If they give her a hard time, perhaps we will add some Republican votes. She has earned this great honor!" he tweeted.

Despite some Democrats' efforts to stop her from becoming House speaker, Pelosi has repeatedly expressed that she expects to take the post.

"Leader Pelosi remains confident in her support among Members and Members-elect," a spokesperson for Pelosi said in response to the letter.

Earlier this month, Pelosi's spokesperson told Politico that "Leader Pelosi is confident in her support among Members and Members-elect."

"Democrats don't let Republicans choose their leaders. The election proved that the GOP attacks on Pelosi simply do not work," the spokesperson added.