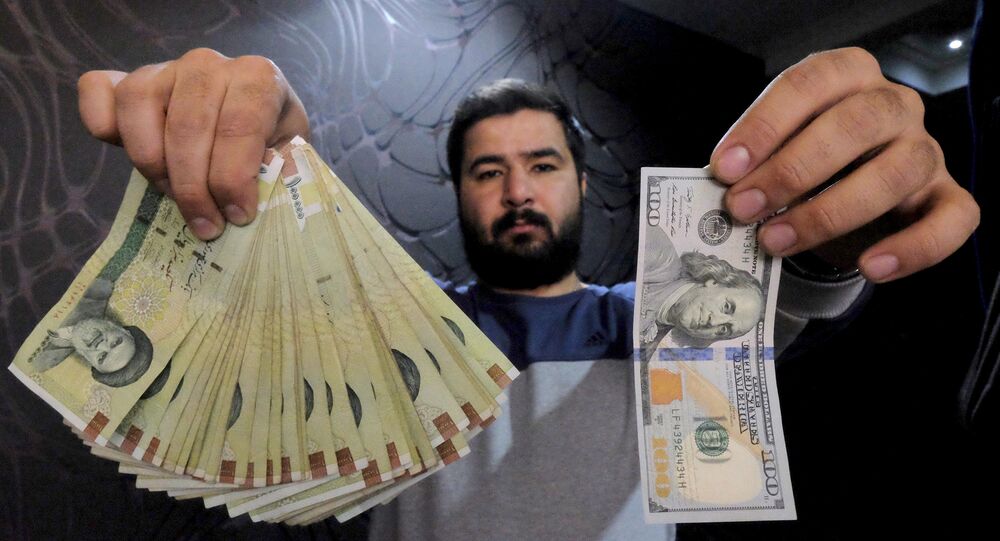 US Accelerates Global De-Dollarisation by Cutting Iran From SWIFT – Economist

The suspension of cooperation between SWIFT and Iran's Central Bank due to the US pressure may consequently deal a dramatic blow to the US dollar's dominance in international payments, Kevin Dowd, British professor of finance and economics, has told Sputnik.

The US has shot itself in the foot by forcing the Society for Worldwide Interbank Financial Telecommunication (SWIFT) to cut off Iranian financial institutions from its system, says Kevin Dowd, a British professor of finance and economics, predicting that the move will prompt other countries to reduce dependence on the US dollar and create their own payment tools.

"Such measures are already encouraging other countries to switch from dependence on US-dominated payments systems to adopt new non-dollar-based systems of their own, which the US cannot control or use against them. The longer-term result will be to further undermine the hegemony of the US dollar in international payments, and the long-term losses to the US from forgone seigniorage will be enormous," Dowd told Sputnik.

"Ejecting Iran from the SWIFT payments system is merely the latest in a series of hostile actions by the United States in which it uses SWIFT or access to other US-based payment systems as weapons against countries that the US government does not like," the economist opined.

The move came on the heels of the imposition of the final batch of measures targeting the Islamic Republic of Iran on November 5. The resumption of sanctions against Tehran followed the Trump administration's unilateral withdrawal from the Joint Comprehensive Plan of Action (JCPOA), commonly known as the Iran nuclear deal, on May 8, 2018.

"This latest move against Iran is particularly egregious because it will do Iran a lot of damage for no good purpose," Dowd emphasised. "The only justification for the policy is to force Iran to renegotiate a nuclear agreement that the major parties involved had previously agreed upon, including the US. The US has merely changed its mind under the erratic Trump administration and so we have yet here another international agreement unilaterally torn up by the US."

© CC0
Goodbye Greenback: Analyst Foresees End of Dollar Dominance in 20 Years
The nuclear deal was signed by Iran, the five permanent members of the United Nations Security Council (China, France, Russia, United Kingdom, United States) plus Germany (P5+1) and the European Union in 2015. Following Washington's pull-out from the agreement the other participants of the deal pledged commitment to its provisions.

"The response by Iran is predictable," Dowd suggested. "More anger and more sabre-rattling, more black market trading in international markets and more antagonism towards US interests in the Middle East."

The economist recalled that "Russia, China, North Korea and Venezuela have all been recently targeted in such ways." Thus, in August 2018 American lawmakers came up with the plan to impose restrictions on new Russian sovereign debt transactions among other stiff measures.

To tackle the looming threat, Russia has kicked off de-dollarisation of its economy by switching to national currency in trade deals and increasing its volumes of gold holdings. In addition to Russia, China, Pakistan, Venezuela and Turkey have taken measures to diminish their reliance on the greenback.

In October 2018, Russian President Vladimir Putin told the Russian Energy Week 2018 conference that the US was "making a colossal strategic mistake" by "undermining confidence in the dollar as a universal, in fact, the only reserve currency today, undermining faith in it as this universal tool."

De-Dollarisation: Academic on Why Plans to Axe Greenback 'Not Very Realistic'