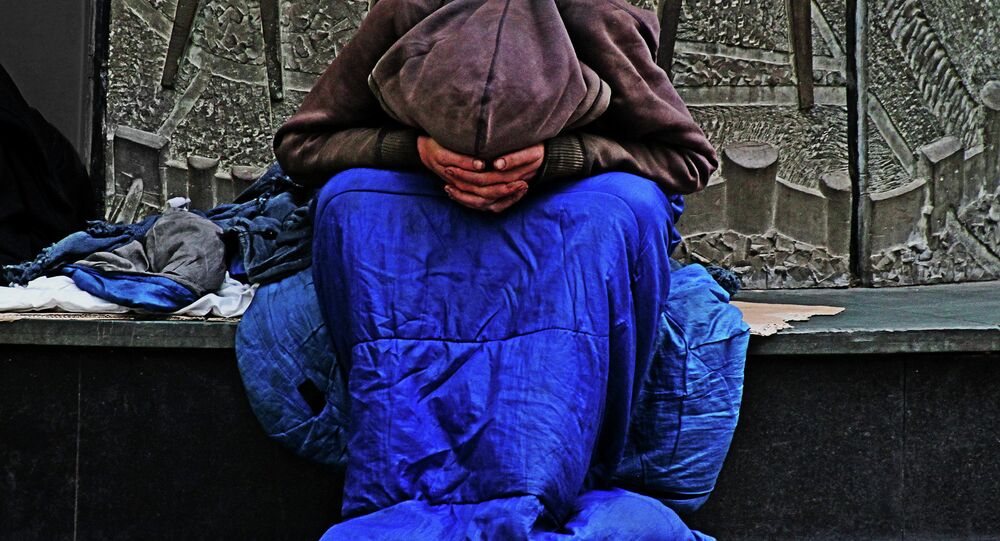 Prof on UN Envoy Visit: 'It's a Sign of How Bad Things Have Gotten in the UK'

The United Nations poverty envoy has been hearing personal accounts of how the British government inflicted austerity has been impacting the public. Earlier Sputnik spoke to economic professor Steve Keen on the impact the visit of UN’s special envoy on extreme poverty and human rights could have on the UK government.

Sputnik: How important could this visit be from the UN?

Steve Keen: It's a sign of how bad things have gotten in the UK, it's a fallacy you can save your way to prosperity is driving the UK into a 3rd world status. They haven't woken up to it yet because of the class and inequality divide and that's what austerity is achieving.

© AP Photo / Vadim Ghirda
UK Think Tank Launches New Poverty Measure to Include Previously Omitted Groups
Steve Keen: It's hugely damaging, not so as what the European Union imposed upon Greece and Spain, but fundamentality having mistaken belief that if you save money, it's automatically invested. This is the fallacy that they think if they stop spending in one way it will cause investment in another way somewhere else. When you cut back spending you directly cut GDP because part of GDP is government spending minus taxation, by trying to make that smaller you're making GDP smaller.

Trying to reduce the debt ratio you are reducing the GDP as you reduce the level of debt and the ratio doesn't go anywhere and what happens is people have less money to spend, there's less demand and rather savings leading to investment, the lack of spending leads to lack of demand and lack of investment and the economy goes backwards.

Sputnik: What consequences could the UK face from the UN economically if found guilty of severe austerity measures?

Steve Keen: The problem is the UN has no actual power, it can embarrass you but they can't do anything. That's what Donald Trump has been disparaging towards the United Nations, it has no real impact, except to expose you to the rest of the world and that's what happening here really.

The reports you're getting in these meetings to the level of poverty of people committing suicide because they imagine living any further, that only happens in developing countries elsewhere in the world and in Greece. You would imagine that the UK is a lot wealthier than Greece but people on the poor end of the spectrum in the UK as those in Greece.