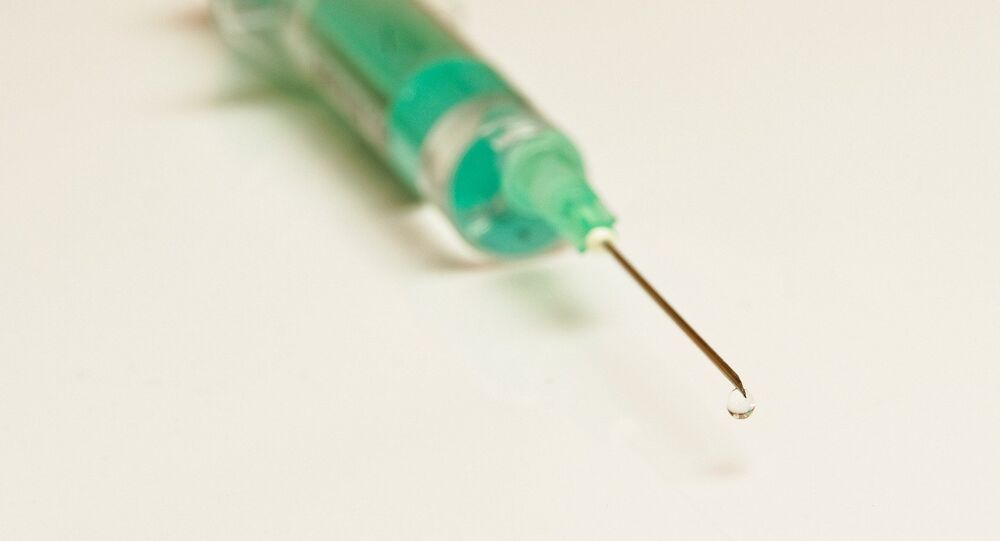 Euthanasia Prevention Coalition: 'Any Other Time in History This Was Murder'

A prosecution has been launched by Dutch authorities for breach of euthanasia laws. A medic in the Netherlands is accused of violating official guidelines in her treatment of a 74-year-old patient with dementia.

Sputnik discussed the judicial proceedings, as well as assisted suicide, with Alex Schadenberg, the international chair of the Canada-based Euthanasia Prevention Coalition.

Alex Schadenberg: This is a very interesting case, because it's actually not the first prosecution —it's the first prosecution that goes forward; there was not a similar case, but an attempt at prosecution a few years ago, but the physician ended up committing suicide so it went nowhere because of that. The fact is that here is a case that you were describing is not quite accurately: the woman was saying no and resisting, so the doctor gave her a sedative in the coffee secretly in order to subdue the patient.

© CC BY-SA 2.0 / Alberto Biscalchin / Euthanasia
Dutch Ethics Professor Cites '250% Increase' in Euthanasia Cases in 10 Years
That didn't seem to work, so the physician gave her a little bit more sedative and the person went into sort of like asleep and then they went ahead to do it, and then the woman woke up saying, "no, no, no," and had the family hold her down as they did it. It's clear to me, that when you become incompetent by law, you lose the right to change your mind, so that's the problem with power of attorney or documents you write while you're in good health: now when you're in a situation when you're considered incompetent, you have no legal rights now to change your mind, because, of course, you're incompetent.

This is a clear case because she was saying "no," whether she meant "no" or she was afraid or she had other ideas, it doesn't matter, she was saying "no" and the doctor went ahead and lethally injected her anyway.

Sputnik: What changes can this incident bring into the euthanasia law, if any?

Alex Schadenberg: In the Netherlands, they've never changed their law,  what they've done is they've changed the interpretations of the law, so a few years ago the Dutch minister of health said that these type of cases, if they were done carefully, could go forward. The original law, as it's written, was originally interpreted to mean that you have to be competent at the time of death and obviously this woman was not competent; she had dementia, she wasn't capable of fully knowing her situation, even though she was saying "no" and that should've been taken as a "no." Now the question is: what is acceptable if someone has become incompetent?

© CC0
‘Boundaries to Offering Euthanasia are Extended More and More’ - Professor
You have to remember, before euthanasia was ever legalized in the Netherlands, they had a series of court cases and that's what allowed it to be before it was actually legalized. So euthanasia was going on in the Netherlands since the 1990s, but it wasn't actually legalized until 2002 and that was all based on judge or court-made law. The Netherlands is testing the case, but they're not testing it with the idea of putting this doctor in jail; they're putting it through the court so they can determine what the court believes to be acceptable. This will be setting a precedent as to when it's okay to kill someone who is incompetent and when it's not okay to kill somebody who is incompetent.

Sputnik: Can you tell us more about your organization?

Alex Schadenberg: The Euthanasia Prevention Coalition is essentially a Canadian group, but it's international also; we have organizations and leaders throughout the world. In Canada, where they've legalized euthanasia, obviously, we're involved in these issues too. Now this case in the Netherlands affects, I would say, the Canadian situation and other situations worldwide also, because where they've legalized euthanasia, such as Belgium, Canada, and the Netherlands, etc.

The question is if it's okay to euthanize somebody who is incompetent is being debated everywhere, right? This is a real debating point. We think euthanasia is always wrong because it's the killing of a person, it is defined as homicide in almost every law in the world. But the fact of it is that when you became incompetent, in my opinion, totally undercuts the euthanasia argument, which is this is about people who are voluntarily requesting death, so it's freedom of choice, autonomy, etc.

When you lose your ability to have freedom of choice and autonomy, then somebody else is actually deciding when you die and how you die; this is what it becomes at that point. At that point it's all about ending suffering, however, you might define that.

© CC0
'World's Happiest Country' Denmark Sees Rise in Pre-Teens Turning Suicidal
Alex Schadenberg: You've just added the point of excruciating pain and I would make it very clear that we have the ability to care for people, we have the ability to deal with the pain; this is something we can do. The problem is why aren't we doing this? This is the argument that is used over and over again, that these people are suffering and they are in pain and you're not being compassionate, you're not willing to kill them. But what is the act? The act is the doctor actually is directly causing the death; they're giving them a lethal injection to cause their death.

At any other time in history, this was homicide, murder, this is how it was defined; it was always seen that way, whether it had some justification in moral principles or not, it was always seen that way and now we've changed it. So let's get down to the brass tacks, all these laws are written in a way to be very loose in their interpretation, whether it would be the Canadian law, the Dutch law or the Belgian law. So we have a very difficult situation. How do you draw the line? Once you legalize this, how do you draw the line? Is it okay to kill you for this reason? Is that okay for that reason?

It's very hard to determine that because we've said it's okay to kill somebody, we've crossed that line. This is what's going on in the Netherlands, why is it not okay to do it in this circumstance, even when the person seems to be resisting. The fact of it is this is the question that the court might answer, but I think, sadly, the question should've never been asked in the first place, we just simply shouldn't be killing people. We should be caring for people properly, there shouldn't be that level of suffering that we're worried about, we should be caring for people going through these conditions.

The views expressed in this article are solely those of Alex Schadenberg and do not necessarily reflect the official position of Sputnik.