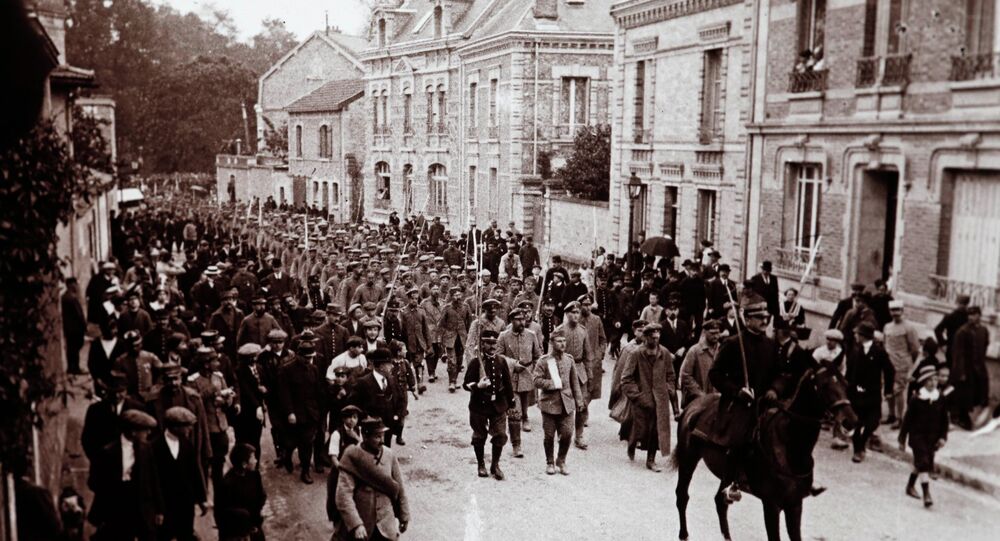 Veteran's Daughter on WWI: 'It Seemed to Affect Everybody’s Family'

Last weekend marked the centenary of the end of the First World War. Sputnik spoke to Pam Summers; whose father served in the war to gain insight into how it affected normal British people.

Sputnik: Could you describe the story of your father during World War One?

Pam Summers: As I was a lot younger, I didn't know it first-hand. I can remember hearing them saying that he'd come home and he had three children; two boys and a girl, and his wife had gone off and left them and gone off with another man and left them in the workhouse, but whether that was true I'm not sure but I think it was near the truth, but he never spoke about it.

It must have been pretty bad. It wasn't so much the actual war, because he wasn't in the trenches. He was behind the scenes doing butchering and slaughtering of animals to keep the troops alive. When he came home the trauma was seeing his children not being looked after; which was very very sad.

Sputnik: How much of an impact do you feel that conflict had on British society?

Pam Summers: It was terrible. My Mother; who was first of all his housekeeper and then his wife, she'd lost her husband to being gassed and then he died when he was home. It seemed to affect everybody's family and my mother wanted to go the British legion mother's union and she wasn't allowed to because she was married to a divorced man, which apparently was quite shocking in those days.

India to Build Memorial in France to Honor WWI Dead