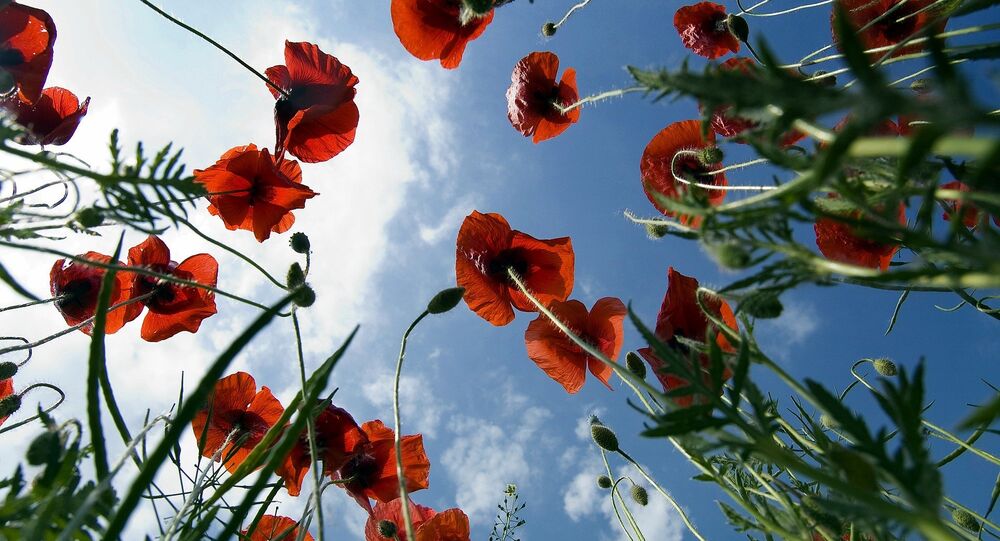 With the 100th anniversary of World War one approaching, the custom of wearing a poppy to commemorate those who lost their lives in the conflict in the UK is still strong. But in Ireland it is a different story, with footballer James McLean repeatedly drawing the ire of the British media, for his refusal to wear it.

To the Irish, the poppy is synonymous with the memory of centuries of clashes with the British armed forces. Sputnik spoke with Author Sean Duke to get his views on the British army’s legacy in Ireland.

Sputnik: Is the poppy a symbol of British imperialism?

Sean Duke: I think it’s totally misunderstood what the poppy means in Ireland and in a sense I can understand obviously, why the British people feel so sensitive about it. But if they’re trying to really understand the James McClean thing; or why people in Ireland feel differently, they just have to look at history.

The issue really is that I think the Irish and the British have a totally different view of our shared history and we can see that in Northern Ireland. I can remember distinctly what happened in 1972 in Ireland on Bloody Sunday, when the British paratroopers essentially killed twelve civilians that were unarmed. That lead to the birth of the IRA and the troubles that we’ve had in Ireland.

© AP Photo / Matt Dunham
'English Won’t Forgive Him': Football Legend on Serbian Man Utd Player's Refusal to Wear Poppy
Now there is absolutely no way that it is realistic to expect a guy from the city of Derry, from the estate where many of the people that were killed that day were from, to wear a poppy that’s going to honour the British armed forces. It’s just ridiculous that the British people would expect him to do that, it would be equivalent to the British people being expected to wear something that would commemorate the German SS forces in World War Two. I don’t know why he’s being forced into a position where he has to do this.

I think they should respect the guy; he’s trying to be respectful in the sense that he’s saying that he respects the British armed forces in World War One and World War Two, what they did there and particularly World War Two in the battle against fascism, and he has absolutely no issue with that, but you cannot expect a guy to where a poppy, when in Derry in particular and many parts of Ireland, it’s seen as commemorating British armed forces in Ireland which have; being diplomatic, a very chequered history in Ireland.

Sputnik: Is the British public largely ignorant of Irish history?

Sean Duke: A lot of people in Ireland are shocked really; even really educated British people, how ignorant they are in terms of basic Irish history. You see this in the recent debate over Brexit where senior Tory MPs still seem to have the idea that Ireland is part of the UK, it’s just remarkable.

I think the British people are thinking that this is a sign of betrayal by James McClean, that he is stabbing us in the back and that’s why they feel so angry towards him and I can understand that, but that’s the wrong way of looking at it because what he’s doing in his point of view; is standing up for the history of his community and the memory of those people.

© Photo : Tommy Sheridan
The Red Poppy Is Not About Remembrance, It Has Become A Symbol of Militarism and Imperialism – I Prefer The White Poppy of Peace
If there’s going to be a true understanding between the peoples of Ireland and the UK and things are improving, then we need to learn more about our shared history. The British people understand that the IRA did terrible things, and most Irish people accept that they did terrible things, but on the other hand, they have to accept that they weren’t neutral in the conflict in Ireland and that they were actively involved, and that British forces killed people in Ireland, killed civilians in Ireland and committed atrocities in Ireland.

We need to move forward on the basis of mutual respect and you don’t do that by trying to force a guy, who is from a town that suffered on Bloody Sunday, to wear a poppy that is a symbol of the British armed forces in Ireland, when civilians in his town were massacred in 1972, completely without justification and in something that triggered decades of bloodshed.

It’s all very well to glorify the British Empire, but you need to understand that that empire was very brutal and very vicious in its treatment of peoples around the world, and those people; including people in Ireland have a completely different view of the poppy because of this.

Views and opinions expressed in this article are those of Sean Duke and do not necessarily reflect those of Sputnik.

Red Poppy is Not About Remembrance, It Has Become a Symbol of Militarism