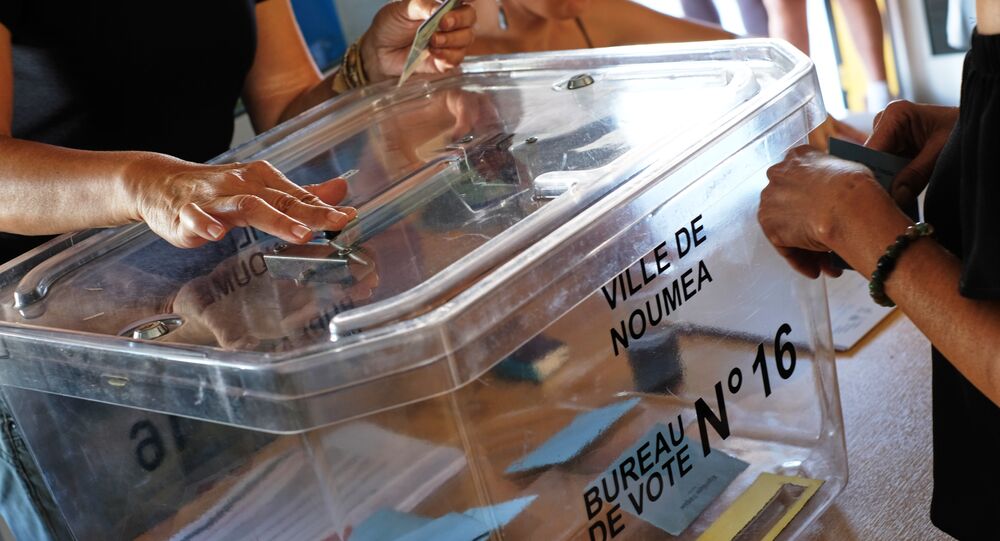 Following in the footsteps of Old Caledonia, the French overseas territory of New Caledonia has rejected independence following a referendum. Is the issue settled once and for all?

Sputnik spoke with Journalist Walter Zweifel for more insight on the issue.

Sputnik: Could there be another referendum in the future?

Walter Zweifel: The Noumea Accords; which is the roadmap for decolonisation of New Caledonia, provides essentially three referenda and this was the first one. It could have been held from 2014 until 2018, but there was no consent or urge for it to be held when it was first possible in 2014, so they decided to have it in 2018.

© AP Photo / Theo Rouby
'Just a Question of Time': New Caledonia Seeks Independence From 'Colonizing Power' France - Activist
If this option will be invoked remains to be seen, but it is provided for in this Noumea Accord. There is a challenge from the anti-independence side to possibly do away with this provision and that they should change the constitution in order to do away with the provision, but most parties have poured cold water over the idea, as it would involve changing the French constitution.

Sputnik: How important politically and economically is New Caledonia to France?

Walter Zweifel: From a geo-political point of view it is very important. New Caledonia is a key element in the axis of the indo-pacific region, as part of a barrier to contain China, which is making; at least on an economic level, significant inroads in the south pacific.

From an economic point of view; New Caledonia is significant because it has one quarter of the world’s nickel reserves. It is in a way, a rich place and the average incomes are higher than in France, there’s inequality in the way that you can see in third world countries, but if you take the average figure it is very high.

© AFP 2020 / Theo Rouby
Over 75% of French Island New Caledonia Voted in Independence Referendum - Reports
The Nickel industry, with its three huge smelters is a significant economic factor in New Caledonia. One of these nickel plants is owned by the French state, one is owned by an international company and the other is owned by an Anglo-Swiss conglomerate.

It’s in the Northern Province and part of a company owned by the Kanaks, which was set up as part of this re-balancing between the Kanaks and the non Kanaks, so there’s very much a political dimension to the economic factor that this new smelter represents in New Caledonia.

Views and opinions expressed in this article are those of Walter Zweifel and do not necessarily reflect those of Sputnik.