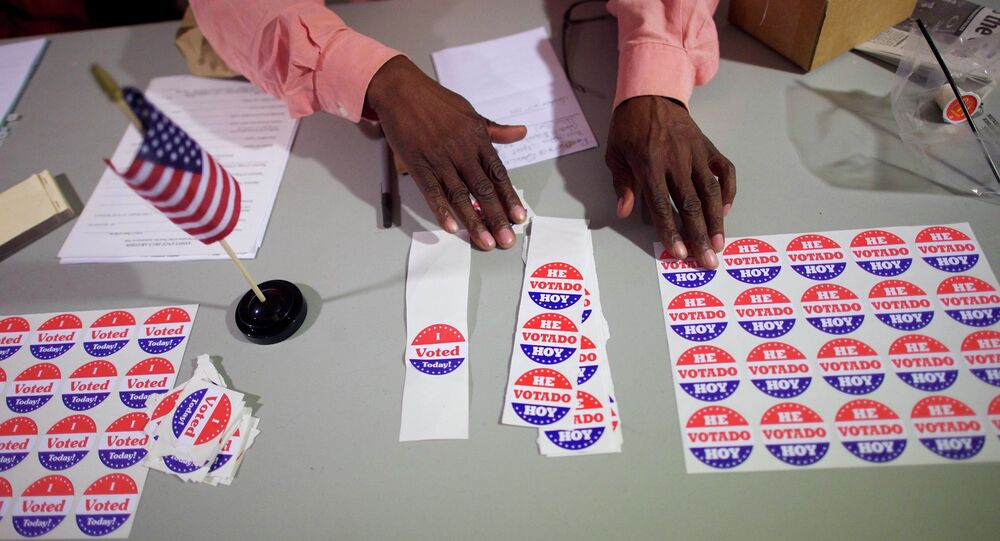 Democrats need to flip at least 23 Republican seats this November in order to retake control of the House of Representatives, of which a total of six California seats have been dubbed tossups.

The latest figures from TPStrat poll indicate that Rohrabacher is leading Rouda by a 9 percentage point margin with 50.7 percent, according to News Max. A New York Times Upshot/Siena College poll, however, suggested that Rouda was in fact ahead, with 46 percent to Rohrabacher's 45 percent.

https://www.spreaker.com/user/radiosputnik/midterm-election-eve-will-the-balance-of_1
So what do we learn from those conflicting assessments? That polling shouldn't be relied on, especially when considering how things went down in 2016 with the US presidential election, Max told Radio Sputnik's Fault Lines, recalling how former Secretary of State Hillary Clinton was projected to claim the White House.
© REUTERS / Rick Wilking
Poll: Only Half of Americans ‘Have Faith in Democracy'

"Polling, I think, is tough, as we saw in 2016," Max told hosts Garland Nixon and Lee Stranahan. "It's not always accurate, and in California, too, where it's a state so anti-Trump, you definitely have quite a population, I'm sure, of supporters that are a little more shy of their support for President [Donald] Trump and Republicans."

Max went on to note that the race between Knight and Hill should also be watched carefully, as the challenger has managed to raise $4.5 million for campaign ads — six times the amount that the incumbent has raised thus far. "She has raised a lot of outside money being poured into that race," he stressed.

Although early voting polls have suggested that California's highly contested seats are leaning more red than blue, the news anchor told Stranahan that with millions of registered voters, anything is possible.

"Big turnout is expected for tomorrow," he concluded.