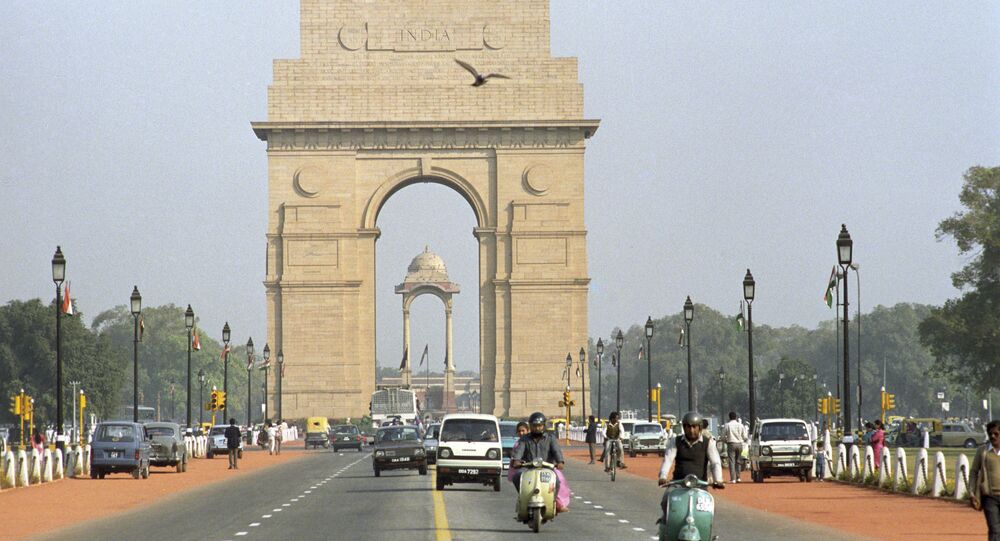 The United States has, reportedly broadly agreed to give waivers to India on Iran sanctions; a move which experts say is the result of India’s consistent and pragmatic approach in the face of immense pressure.

International relations expert in India are hailing the "pragmatic" approach adopted by the government in dealing with the unilateral sanctions imposed by the US on countries with which India has varied interests.

"India's approach to US sanctions can be best said to be pragmatic. It did not give up on its stand while making any concessions. India has also been speaking out in clear terms when that was required," Dr. Swaran Singh, professor of International Relations in Jawaharlal Nehru University told Sputnik.

The Economic Times reported on Thursday that the US had "agreed" to give India a concession on the sanctions imposed on Iran.

"The US has broadly agreed to grant India a waiver from Iran sanctions, which would allow Indian oil companies to continue to import about 1.25 million tons of oil a month till March from Tehran, sources familiar with the matter said, adding that an official announcement could come over the next few days," the Economic Times report read.

© AP Photo / Andrew Harnik
Trump Makes Determination to Continue Oil Embargo on Iran
The US plans to re-impose oil-related sanctions on Iran on November 4 to choke the Islamic Republic's biggest source of income and pressure it to renegotiate a new nuclear deal. Any country or company trading with Iran after sanctions without US' consent risks getting cut off from the American financial system.

"The news of the waiver has been reported by the media but with Trump administration, a flip-flop can always be expected. Nevertheless, India has been consistent in its opposition to sanctions and that was the reason the 2+2 talks were postponed several times with India maintaining its stand," Ajey Lele, Senior Fellow in the Institute for Defence Studies and Analyses told Sputnik.

The US move comes a day after India took a tough stand against unilateral sanctions imposed by one country over another. In his speech at the UN on Wednesday, the Indian representative categorically opposed unilateral embargoes in clear terms.

"As the world's largest democracy with an abiding faith in multilateralism, India stands in solidarity with this Assembly in its unambiguous rejection of domestic laws having an extraterritorial impact," Tanmaya Lal, India's Deputy Permanent Representative, said on Wednesday.

Lal was speaking at the annual general assembly debate on US' economic blockade of Cuba.