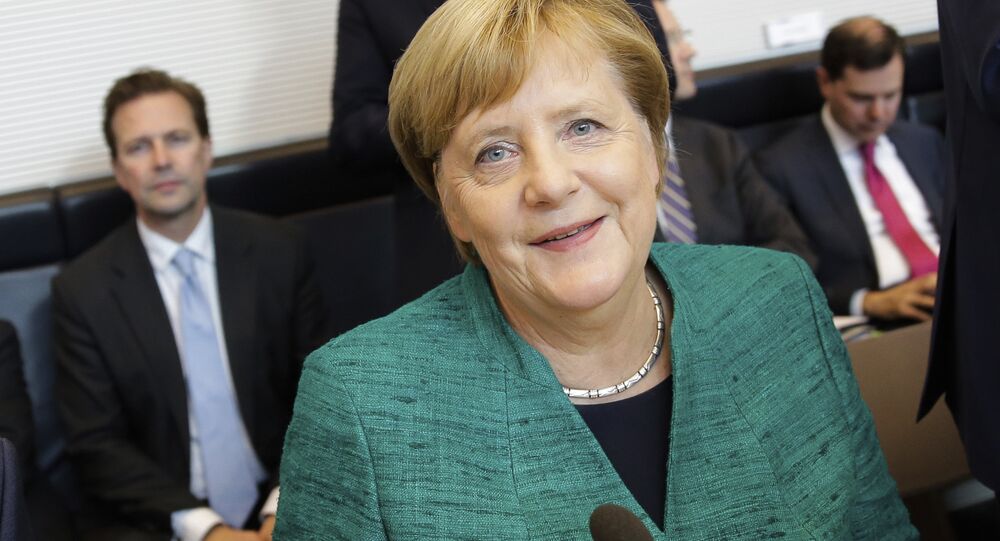 Academic on Angela Merkel’s Future: 'She Might Leave Before the 2021 Elections'

Following German Chancellor Angela Merkel’s announcement that she will not stand as a candidate to lead the Christian Democratic Union Party in upcoming elections, a power vacuum is now potentially on the cards. Sputnik spoke about it with Patricia Hogwood; Reader in European Politics at the University of Westminster.

Sputnik: How long do you feel Merkel can hold on to power as Chancellor, could she leave before the 2021 federal election?

Patricia Hogwood: It's quite possible that she might leave before the 2021 elections and it depends very much on which of the leading candidates is elected to succeed her. Currently, there are three or four candidates that we need to take seriously; it could be that others might emerge before the December party conference that will choose this leader.

The four currently would be her own preferred candidate, although she hasn't formally endorsed anybody, Annegret Kramp-Karrenbauer, who is the most similar in policy terms to Merkel. If she were to be selected as party leader, she would continue to get a lot of public support from the centre-left of the political spectrum and would probably uphold the current grand coalition until the end of the electoral period.

The other candidates are more centre right and are less likely to want to maintain Merkel in power.

© AFP 2021 / CHRISTOF STACHE
Merkel Will Step Down as Chancellor by May 2019 - German Ex-Foreign Minister
READ MORE: Merkel to Leave 'Huge Vacuum' Created With Her Governing When Resigns — Journo

Sputnik: Why has Merkel become so unpopular, will her legacy be positive or negative overall?

Patricia Hogwood: I think that her decrease in popularity was inevitable given that the right wing party in Germany; the AFD was inevitably going to make gains because of the increasing polarisation of society. There's a large section of the population that's been left behind by globalisation and they feel that they've got no future and that it doesn't really matter who they elect.

These are the kind of people who are increasingly voting AFD, and it was inevitable that this was going to happen. Merkel's grand coalition has been almost unable to make any progress since the last elections of September 2017 and that's partly because of disagreement between the coalition partners, but it's more to do with internal part conflicts.

Horst Seehoffer; the leader of the CSU seems to have made it his mission to bring Merkel down and she's had to put almost all of her attention into managing intra-party conflict. I think she's decided that she's had enough, she's recognised that the public have had enough and that the reputation of the grand coalition is suffering and possibly Germany's stability will suffer and for that reason, to the surprise and shock of her own party, as well as Europe, to stand down at this point.

Scholar on Merkel as Chancellor: There's Speculation on How This Is to Pan Out