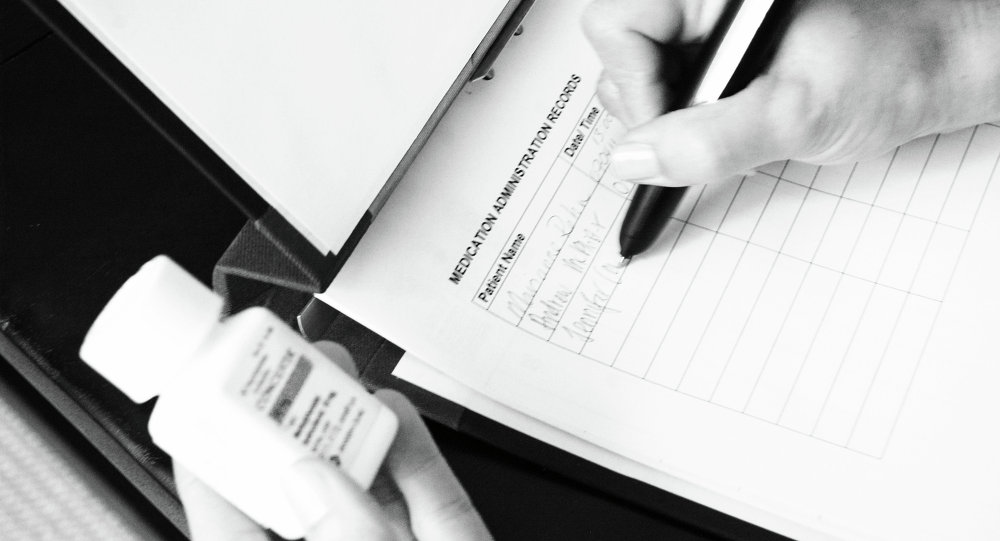 US Medicaid expansion is on the ballot in some of the unlikeliest places this election, including Idaho, Utah, Montana and Nebraska.

These are states whose populations were no fans of Obamacare, but many people there have come to the conclusion that the only way to cover gaps in health care is to expand the federal program long attacked by conservatives.

On Wednesday's episode of Loud & Clear, hosts Brian Becker and John Kiriakou spoke with Leo Cuello, an attorney and the director of health policy for the National Health Law Program, about Medicaid expansion.

​Medicaid is the government-run health care program established in 1965, since modified several times and most recently expanded by the Affordable Care Act (ACA), also known as Obamacare, the US federal statute signed into law by former US President Barack Obama during his presidency. Under Medicaid, coverage is granted to millions of eligible low-income Americans and is funded jointly by states and the federal government. Under the ACA, all individuals with incomes up to 138 percent of the federal poverty level beginning in 2014 ($26,347 for a family of three and $15,417 for an individual) qualify for health coverage covered fully by the federal government; this is what Medicaid expansion refers to.

A 2012 Supreme Court ruling upheld the ACA but gave states the option to not participate in Medicaid expansion, allowing governors and state legislatures to make those decisions. So far, 33 states and the District of Columbia have decided to opt for the expansion.

"The 34ish more sane states have already done this [implemented Medicaid expansion] without the need of a ballot initiative," Cuello told Radio Sputnik.

© East News / AP
Will US Republicans Kill Medicare and Medicaid in 2018?

"They have responsible governments that are just doing what the people in their states want. We have, though, 17 or or 18 states in play where they haven't resolved this yet fully. What is really significant from a context point of view is that we are talking about five out of 18 of those states [voting on Medicaid expansion]. Five out of 18 is a really significant number of states. And then when you look at what the cohort of that 18 is, they're deep red states that are very far away from expansion. You have a state like Nebraska, which is a very red state. Idaho, Utah and Montana are all very challenging states, so this is very significant as a trend," Cuello explained.

"I want everyone to remember what this conversation is in context. We're talking about five states that may expand Medicaid through their ballot initiatives. It is a miracle today that Medicaid expansion still exists at all, because for the last [two] years, the Republicans tried many times to eliminate the ACA, which eliminates Medicaid expansion, and they tried to dramatically crush funding for Medicaid. So, if we win the ballot initiative in five states, but the ACA goes away, none of those states win; we all lose," Cuello added.

Ballot initiatives allow US citizens, usually at the state or local level, to place new legislation or legislation recently passed by a legislature on a ballot for a popular vore.

"The Democrats need to take back one of those institutions [US House or Senate]… if you care at all about the ACA or the Medicaid program," Cuello continued.

Since US President Donald Trump was sworn into office, he and House Speaker Paul Ryan (R-WI) have attempted to slash Medicaid. However, the effort to repeal and replace Obamacare fell on its face in summer 2017, with Republican Sens. Lisa Murkowski (R-AK), Susan Collins (R-ME) and the late John McCain (R-AZ) joining Democrats in voting against the proposed repeal. Seeking a legislative accomplishment, Trump and Congressional Republicans pivoted to passing tax reform, which Trump signed just before the end of 2017.

"This is what the electorate believes (including Republican officials) in these red states that support Medicaid expansion and support many features of the ACA. They are supportive of the subsidies of lower income people who can't afford to buy health care insurance. And then there is the Republican leadership. Paul Ryan's agenda is to dramatically cut the Medicaid program and at the same time, repeal the ACA and not replace [it]," Cuello said.

However, according to Becker, the Republicans' failure to repeal Obamacare completely actually saved the party in some ways, because a dramatic end of the ACA would have had such a deleterious impact on so many people that it would have badly harmed the political reputation of the Republican Party.

"If they [the Republicans] had succeeded at repeal, it would have had major long term consequences, ripple effects for the party. One of the things you need to realize is that they [Republicans] take advantage of the fact that health care is complex, and you can say one word like ‘Obamacare' and elicit emotions from people disconnected from the facts. So, I wouldn't be surprised at all if they find it successful as a campaign issue; this was a successful political issue for them, not a successful governance issue."

"If they were smart, they would have campaigned on this, repealed the ACA and then not touched it at all in the legislature. They did try to take it down in the legislature, and they failed, which makes them look bad. The reality is, this is a partisan issue only from the point of view of the Republican leadership. From the point of view of the people, people think that a hardworking person should be able to afford health care coverage," Cuello added.

According to Cuello, the Republican Party doesn't have an alternative health care plan to Obamacare.