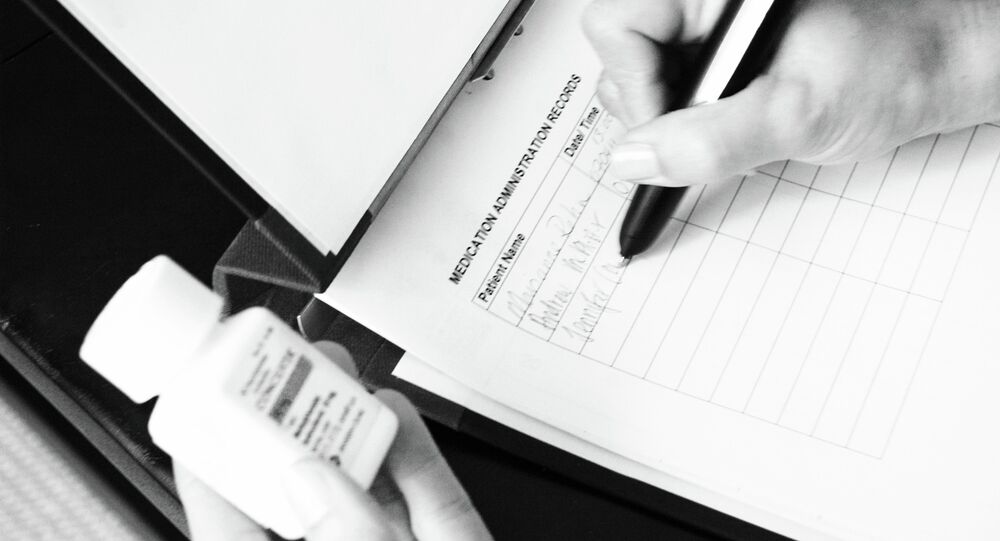 Democrats’ Medicare-For-All Plan Gaining Traction Ahead of US Midterms

With the US midterm elections just a short two weeks away, Americans are gearing up vote on what could turn out to be a historical referendum on Republican policies.

On Tuesday's episode of Radio Sputnik's Fault Lines, hosts Lee Stranahan and Garland Nixon, along with emergency room doctor and progressive healthcare activist Dr. Bill Honigman, discussed whether a single-payer healthcare platform might be the difference for Democrats seeking to make major gains in Congress.

"There is no doubt that it is on people's minds as they go in to vote. A lot of folks are voting early, of course, turning in vote by mail ballots even now as we speak. So, election day is really election month, and whatever kind of shiny object that is put up in front of people — kind of like an October surprise — [whether] it's an immigrant caravan or the latest huge, never-before-seen hurricane, what's always in the backs of people's minds is what hits them every day in their pocketbook, in their day to day dealings with their kids, coworkers, colleagues, et cetera."

"So, when [US President] Donald Trump comes up blasting Medicare-for-all, has no solution to the problems we have with healthcare, it is very clear that Republicans talk about ‘repeal and replace,' but they have no ‘replace.' So, we see Republicans now running in these midterms, actually they're running for their political lives, and making outrageous statements like they're going to protect people with preexisting conditions. What a bunch of nonsense. It is clear that voters have a real choice as they go into these midterms, especially regarding healthcare," Honigman added.

According to the Progressive Democrats of America (PDA), of which Honigman is a member, it is a "moral outrage" that a country as wealthy as the US leaves 60 million people without healthcare and tens of millions more with extremely expensive coverage. The organization, which advocates for a state single payer healthcare system, otherwise known as Medicare-for-all, argues that private US insurance bureaucracy "steals" around a third of all the money that should be going toward providing reliable insurance for all Americans.

In fact, Medicare-for-all candidates across Democratic primaries around the US are winning, from Kara Eastman in Nebraska to Katie Porter in Orange County, California, to Alexandria Ocasio-Cortez in the Bronx, New York. In addition, according to a Kaiser Health Tracking Poll, 62 percent of Americans favored Medicare-for-all last November, which was proposed in a bill by 2016 presidential candidate Bernie Sanders in September 2017.

So, what exactly does Medicare-for-all entail?

The plan is a "single-payer" plan, which means that the US government would pay for any health expenses, eliminating all the other payers in the current US healthcare system, from insurance companies to the federal government and states. In the US, Medicare and the Veterans Health Administration are instances of single-payer systems. People who are covered under employer-sponsored health plans or individual market health plans in the US are not participating in a single-payer system because thousands of different private insurance companies are paying those peoples' health claims.

"At PDA, we've been supporters of a single-payer, expanded, improved Medicare-for-all for a very long time, and even if you go back to a decade ago out here in California where I'm at, it's been on the party platform for at least that long. So, Barack Obama knew at least that as well. He said himself in 2008 that if he could start over again he would go with a single payer system. It's not a new idea. What progressives in name only don't seem to get is that incremental change to somehow appease the big money interests in the system will not achieve results. The bottom line is, we are going to have to get rid of waste, fraud and abuse in the system," Honigman told Radio Sputnik.

"A third of the health care pie is being stolen from; it is being wasted on insurance claim processing, big pharma profits, advertising. We [PDA] are talking about recovering that third that is being wasted, and Medicare operates at a 2 percent administrative cost compared to that 30 percent that we are losing. Medicare is popular. It needs to be expanded to include other services like dental, mental health, long term care. We can do that. We're the richest country in the world. There is no reason why we can't do that," Honigman added.

Earlier this month, Trump wrote an op-ed essay published in USA Today bashing Democrats for Medicare-for-all, claiming that such a system would "inevitably lead to the massive rationing of healthcare."

"Dishonestly called ‘Medicare for All,' the Democratic proposal would establish a government-run, single-payer health care system that eliminates all private and employer-based health care plans and would cost an astonishing $32.6 trillion during its first 10 years," Trump wrote in his op-ed.

However, according to Nixon, even the majority of Republicans are now in favor of Medicare-for-all.

"The numbers are like marijuana legalization. They are going up, and I believe, because of the numbers going up, it's inevitable. The American people are going to be past the government. The system that we have now is crashing to bloody hell," Nixon said.