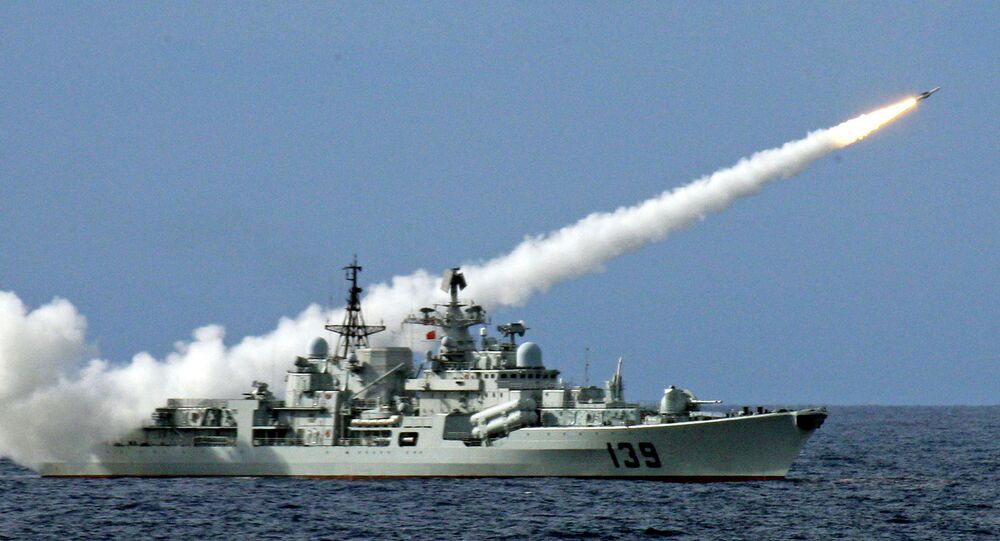 American President Donald Trump has announced that the United States will withdraw from the Intermediate-Range Nuclear Forces Treaty with Russia. Could this decision spark a new cold war?

Sputnik spoke with Inderjeet Parmar, Professor of International politics at City University of London for more insight on the issue.

Sputnik: How far will Trump’s decision to withdraw from the Intermediate-Range Nuclear Forces Treaty set back US-Russia relations?

© AP Photo / Charlie Riedel
Ex-Pentagon Analyst: US Exit From INF Treaty Could Boost US Nuke Arms Industry
Inderjeet Parmar: It will set it back a very long way.

Even 16, 17 years ago when President George W Bush withdrew from the anti-ballistic missiles treaty; allegedly on the basis that Russia was no longer a big threat to the US and was increasingly an ally, Russia did not take that well and I suspect this one, in the context of claims that Russia is violating the IMF from 1987, I think is going to set back relations a long way.

It kind of brings to a culmination the withdrawal from various treaties that President Trump has been engaged in, over the last couple of years.

Sputnik: Do you think that Russia will agree to a new treaty?

Inderjeet Parmar: The big threat really here now, is of an arms race, or the ramping up of a particular part of an arms race, with ground launched cruise missiles for example in Eastern Europe maybe or on the Russian and western sides as well.

The other part of course is to do with China.

© AP Photo / Alexander Zemlianichenko
UK Foreign Office Blames US Plans to Withdraw From INF Treaty on Russia
There are missiles that the Chinese have been developing, so when we look at the national security strategy announced last December;

The national defence strategy announced last January, I think what we see is Russia and China are declared as revisionist powers and strategic competitors, and this looks to be part of the ramping up of the pressure on both of them.

I suspect that Russia will have to try to do like for like, or tit for tat kind of actions, which could have adverse effects on peace.

Views and opinions expressed in this article are those of Inderjeet Parmar and do not necessarily reflect those of Sputnik.

Trump Should Reinforce INF Treaty, Not Destroy It – US Senator