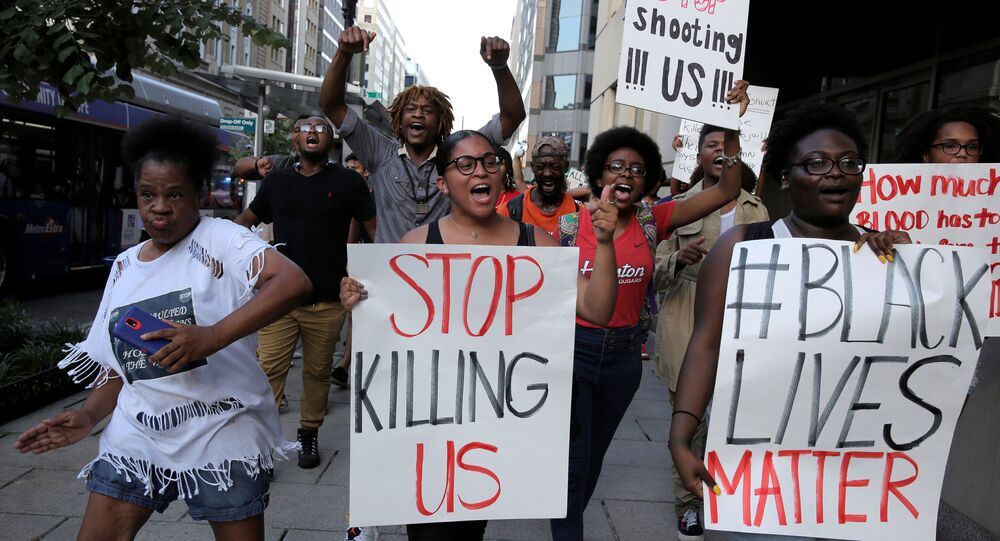 October 22 has been the National Day Against Police Brutality in the United States since 1996. Protesters took to the streets in Washington, DC, Chicago, Illinois and other cities to protest the phenomenon of police killings.

Greene discussed how the issue of police brutality is often justified as a crackdown on crime. "That's always a tough conversation to have, but it's a conversation that must be had," he said. "We can't allow individuals in our neighborhood to be targeted, harassed and beat down like dogs just because there is a rash of gun violence, or stabbings or sexual assault happening."

"It's only black violence that gets attention. The other part of this is Republican efforts to make this a failure of Democratic policy — which it is, but it's not like Republican policies would do it better," Parrett added. Leadership in Washington, DC, and Chicago is predominantly Democratic as the cities undergo gentrification linked to rapid development and increased policing in areas affected by it.

Greene noted that money is poured into police departments, including DC's Metropolitan Police Department, with the expectation that police will solve violence and poverty. "When you look at it, it cannot. We're just blowing our money on efforts that we keep repeating decade after decade and hoping for a different result. And we're getting the same result: more people brutalized, more people caught up in the criminal justice system."

"Chicago is a city which claims progressivism, but none of the politics are at all progressive. The idea of investing in the communities that actually suffer is often used as rhetoric, but very seldom it actually happens," Parrett said.