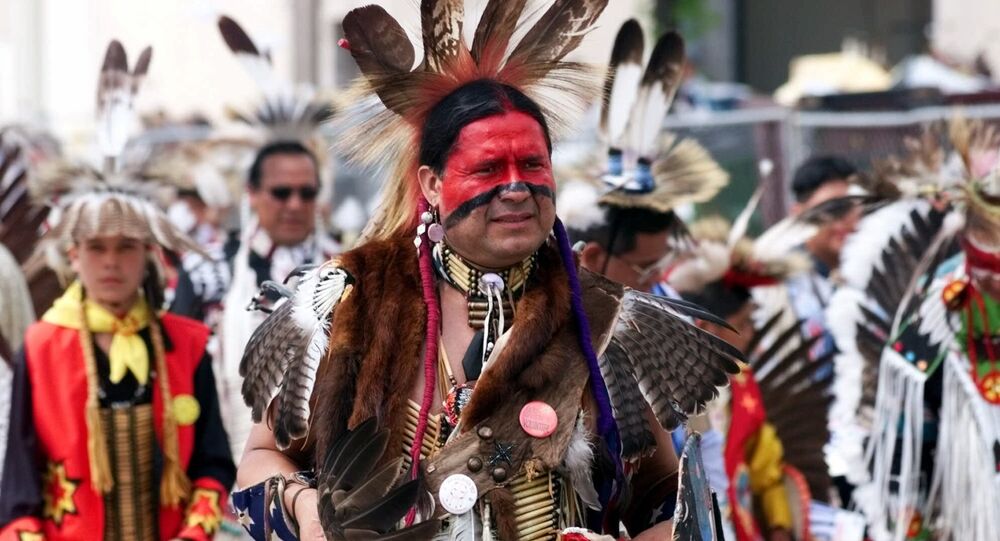 DENVER (Sputnik) - The Lipan Apache Tribe of Texas needs to acquire a land base to preserve the nation’s culture and traditions while ensuring young people do not abandon the community, Vice Chairman Robert Soto told Sputnik on the sidelines of an annual Native American conference in the US state of Colorado.

"Here we are in the 21st century and we still have no land base," Soto said. "I think it’s going to become better once we get a land base because we can have a community there, a community that will practice the language, practice the culture, and practice traditions and they [young people] will see this every day."

© REUTERS / Joshua Roberts
Tribes in US Seek Guarantees Trump Will Keep Indian Health Care Act
Acquiring a land base will answer many of the tribes problems, Soto added, because without it young people do not return to the community after they get an education.

But land is not easy to come by, he said, because the 4,400-member tribe is not federally recognized so the government "doesn’t owe us anything."

Soto said he is looking to buy five acres of land for affordable housing and a large 5,000 square foot building to house bed rooms, the tribal office and the church office. The house also has a pavilion where they can hold gatherings and ceremonies, Soto continued.

The tribe vice chairman also said the community is taking other steps aimed at saving their culture and traditions, including preserving the powwow and joining the Apache Alliance, where the nine other Apache tribes gather.

"But even if we don’t become members we are allowed to go to the [alliance] summits and we get to talk to the holy men, the spiritual leaders and the tribal leaders as far as how they run the tribe," he said.

© AFP 2020 / MANDEL NGAN / FILES
Hate Crimes Against Indians Have Risen in US Over Past Year - Community Leader
The Apache, Soto added, are considered the most spiritual Native Americans. The Apaches still have a strong spiritual base and a relationship with God that is not superficial.

Soto noted that they recently found a burial site of Lipan Apaches in the desert and became active in trying to reclaim their rights to that cemetery. As soon as they expressed their interest, however, the Texas Historical Society said they were going to take over. And now the tribe has to abide the historical society’s rules and laws.

"It [burial site] hasn’t been taken care of… we did a cleansing ceremony," he said noting that the SUVs and trucks were running over it. "That’s a good way to preserve culture because… it’s a very spiritual place to visit."

READ MORE: US Tribes Ready to Work With Trump on Removing Excessive Regulations

The 75th Annual Convention & Marketplace, organized by the National Congress of American Indians (NCAI), is being held in Colorado from Oct 21- 26. Established in 1944, the NCAI is the largest non-profit organization representing US native tribes and the interests of tribal governments and communities.

The US federal government recognizes 573 Indian nations, including 229 in Alaska. Native American tribes are further recognized by their respective state governments, according to the NCAI.