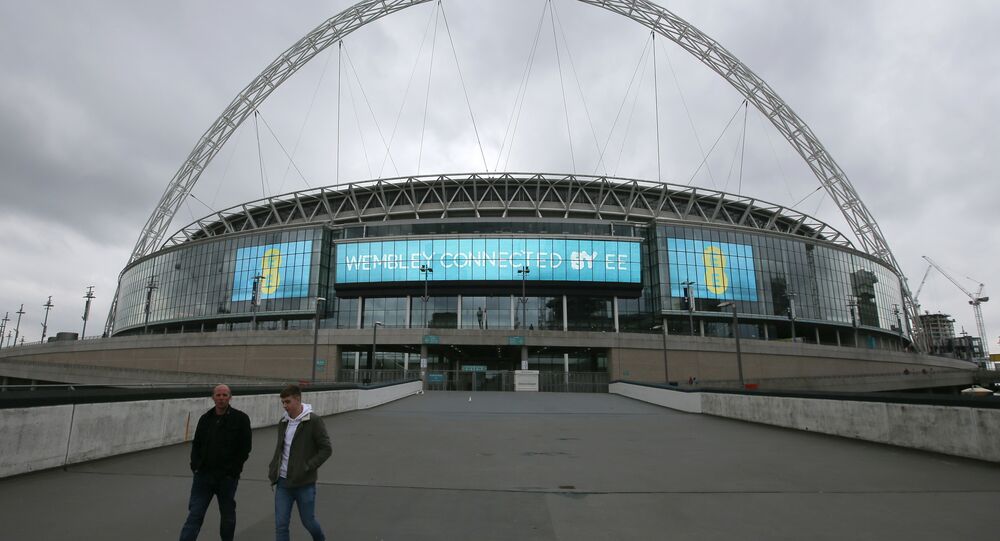 On Wednesday, October 17, Shahid Khan — who owns Fulham in the English Premier League and NFL franchise Jacksonville Jaguars — withdrew his offer to buy Wembley from the Football Association.

"Wembley Stadium is an iconic venue that is revered around world and it will continue to thrive under the ownership and direction of The FA," the FA's Chief Executive Martin Glenn said in a statement.

The plan had been for the majority of the money to be spent on hundreds of new 4G all-weather pitches around the country.

Should National Icon be in Private Hands?

"I'm not disappointed about the sale falling through from the perspective that it means a national icon stays in the hands of the FA. There's always going to be a concern about what could happen to the stadium in private hands. Missing out on the opportunity to generate money for grassroots football is obviously the big downside, but if it prompts debate about other ways of generating grassroots investment that has to be seen as a positive," Mr. James told Sputnik.

The aborted Wembley sale is such a wasted opportunity. But the traditionalists have won their battle while the kids on a Sunday keep having their games called off. Nice one.

The plan had been for England to carry on using Wembley as their home stadium but many senior figures in the FA, such as Sir Dave Richards, had been concerned at handing over ownership to Mr. Khan, amid fears he planned to relocate the Jaguars NFL franchise from Jacksonville to London and use the stadium to host mainly gridiron games.

Many journalists and football figures have called for the money to update grassroots football pitches to come from Premier League clubs or from a levy on agents' fees.

GRASSROOTS FOOTBALLS IS IN CRISIS

Pitches being sold off

Games being called off most weekends

Teams folding on a weekly basis as young as u12

"Either of those options works for me. Agents are making millions from the game so it would be good to see some of those payments reinvested into grassroots. At the same time, the TV money the Premier clubs are making has rocketed so there would certainly seem scope for some of that money to go into grassroots. I really think that would help to repair some of the disconnect that fans feel from the modern game these days," Mr. James told Sputnik.

Mr. James, who lives in Peterborough, said grassroots football pitches were much better than they were when he was a junior player 30 years ago.

A proper #grassroots football day! All 3 of our @whitehavenafc U8s teams doing superb on wet, muddy grass pitches, photo of the day was this, me trying to talk about dribble or pass and Jack taking over and explaining it to his team 10 x better than me! 😂⚽️💛💙💛 @NikePartner pic.twitter.com/xCHMWB1ZvP

"The issue is that the development of 4G pitches has made people a bit spoilt. 4G pitches are fantastic for kids to learn to play on, in all weathers, so we want more of them. Also they can easily adapt to the demands of different size pitches required at various age groups these days," Mr. James, whose son plays junior football, told Sputnik.

"In my area the council has stopped employing people to put nets up at some facilities due to cutbacks, so clubs have to do it themselves. And if you're a club with limited finances, the cost of pitch hire can be prohibitive. At my son's club we find ourselves the only team using the local pitch so the parish council will no longer pay for it to be marked out, which means we have to bear the cost or do it ourselves," Mr. James told Sputnik.

Another World Cup Dream Disintegrates: It's Not Coming Home After All