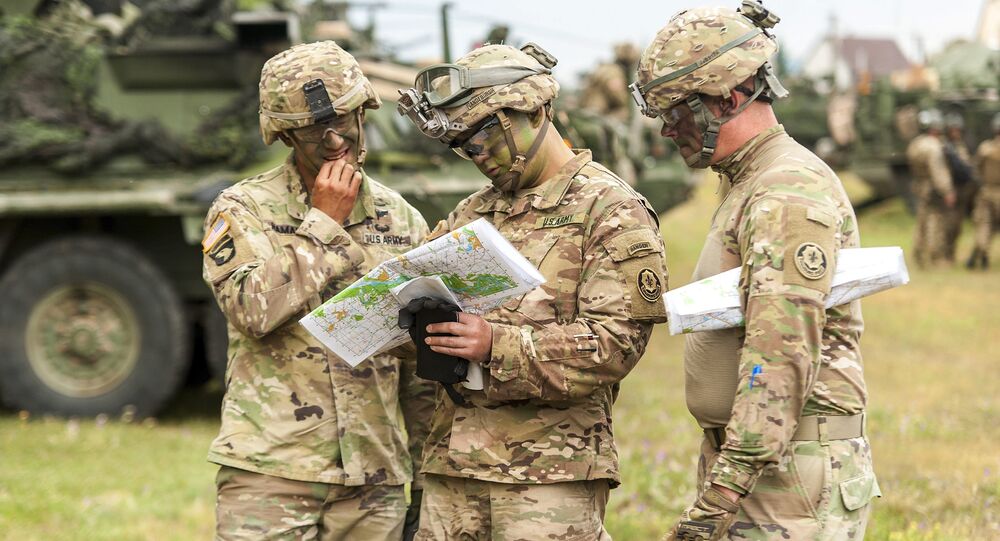 An influential Danish politician has proposed a bill which would allow the government to prosecute Facebook users for posting opinions suspected of being 'hostile to NATO' or too similar to those of Russia. Speaking to Sputnik, Lars Jorgensen, a veteran Danish sociologist, journalist and long-time NATO researcher, outlined the proposal's perils.

Last week, Soren Pape Poulsen, the Justice Minister of Denmark, pitched a bill threatening up to 12 years of prison time for Danes accused of collaborating with Russian intelligence services or making statements which conflict with the official position of authorities during election campaigns.

Speaking to Sputnik Germany about Mr. Poulsen's proposal, which is now up for debate among lawmakers, Danish journalist and Homo Sociologicus contributor Lars Jorgensen said that unfortunately, the parliament probably won't be an obstacle.

"The Danish government has the support of Western countries for [the bill's] implementation," Jorgensen explained. "The bill effectively allows for the criminalization of attitudes which are critical of NATO, if the government can show that you are somehow sharing info from a foreign government. As a Danish citizen, as a critical sociologist, I must now fear being accused of collaborating with foreign intelligence services, even if this is something I do not do," he stressed.

© Sputnik / Aleksei Druzhinin
Danish Bill Proposes 12 Years in Prison for 'Pro-Russia' Opinion
Jorgensen's fears are not unsubstantiated, given the number of articles critical of the Western alliance which are available on his website and Facebook pages, which have already faced censorship. "My Facebook account was blocked for months," the journalist complained. "Later it was deactivated. I had about 4,000 friends there, including academics from all over the world." Facebook, Jorgensen said, never adequately responded to his concerns.

"I am a researcher with a critical view of NATO," Jorgensen said. "At present, we don't have many critical voices regarding NATO [in Denmark]. I studied the history of the alliance in detail, and communicate with a large circle of experts and specialists."

This research has provided him with insights "destroying" NATO's positive image, Jorgensen said. "It shows that what we are being told about the war in Yugoslavia is an absolute lie. The same goes for Libya, and Syria. For NATO and the political and corporate forces standing behind them, it's very important to silence critical voices like myself," the independent journalist noted.

Unfortunately, Jorgensen complained, Soren Pape Poulsen's controversial bill has seen little attention from the Danish press, and even less criticism. The mainstream Danish media's attitudes are fully in line with those of NATO, the journalist said.

"All of Denmark's newspapers are controlled by large media groups. They would never allow me to speak to them, like I am speaking to you for this interview," Jorgenson noted. Denmark, he lamented, has a deficit of alternative media. "If you were to look at materials about Syria in the Danish mainstream media, you would find that they are even wilder and more embellished than in the US. They are complete fiction. On the other hand, if you look at the authentic reports from Syria, as I have done, and listen to ordinary people, they all ask the same question: why is the British government supporting terrorists in Syria?"

© CC0
Cyberwarfare is 'Dangerous As It's Put Us On Path of New Cold War' – Activist
Another part of the problem lies in the weak state of left and anti-war politics in Denmark, Jorgenson said, pointing out that a tiny communist newspaper was the first to even report on Poulsen's bill or the dangers it poses to free speech.

In the bill's official wording, it is stated that the proposal is about the criminalization of collaboration with foreign intelligence services, or providing foreign agents with an opportunity to influence public opinion. Citing Norwegian intelligence, the bill speaks of a growing likelihood of "Russian campaigns to exert influence posing a growing threat to Denmark," with Copenhagen said to be "very likely" to become a "target of such campaigns by Russia."

© CC0
Denmark Reportedly Calls for Attacking Russia in Cyberspace
Last week, Berlingske newspaper columnist Flemming Rose attacked the bill, which targets television, radio, newspapers, and other media, as well as internet and social media-based publications, pointing to a lack of a minimum threshold on what can be legally sanctioned. Criticizing the bill's absurdity, Rose argued that it could be stretched to the point where Danish journalists are targeted for 'changing a burnt-out lightbulb' if it is demonstrated that they did so following the advice of foreign intelligence.

Earlier this month, the US, the Netherlands, the UK and several other Western powers accused Russian intelligence services of carrying out cyberattacks against a host of governments and international organizations. Moscow dismissed the claims as paranoid "spy mania." Denmark's parliamentary committee for defense head Nasser Khader suggested that Denmark should attack organizations suspected of being affiliated to the Russian government in cyberspace.