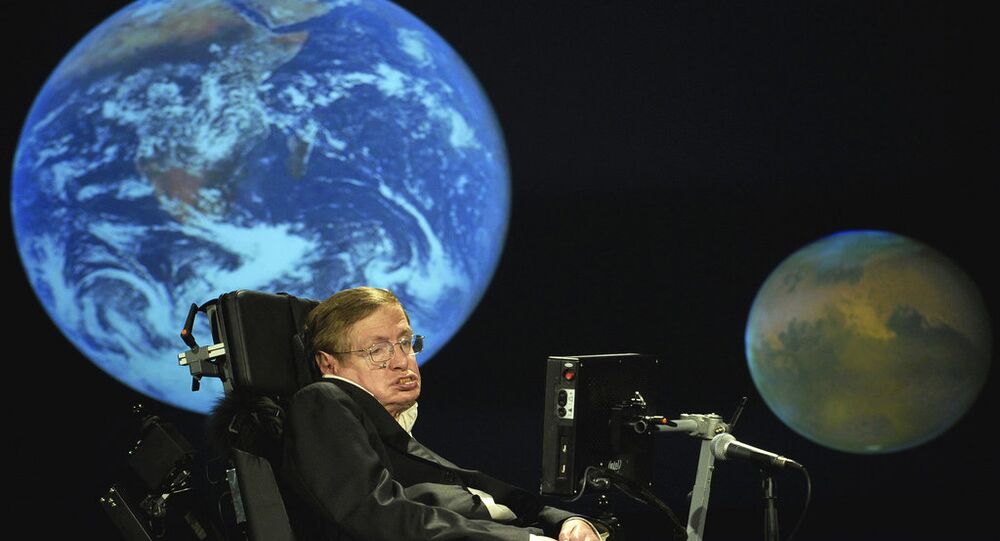 Hawking's Alarming Predictions Could Come True, But Not Now - Astronomer

On October 16 in the UK, a book published by Stephen Hawking posthumously went on sale, in which he predicts the appearance of a superman with modified DNA, as well as the extinction of people and their relocation to other planets. The work is called “Brief Answers to the Big Questions” and is a compilation of later scientist's articles and essays.

In his book, Hawking, for example, predicted that one day, wealthy people would begin to change their DNA in order to improve the capabilities of their body. According to the scientist, the appearance of “supermen” will lead to the separation of ordinary people into a separate caste, which will subsequently disappear from the face of the Earth.

Brazilian astronomer, physicist, and lecturer at the State University of Northern Rio de Janeiro, Marcelo Souza, in a conversation with Sputnik Brazil, assured that Hawking's predictions can indeed become a reality.

“This fear has always existed among those who work in this area. Azimov also talked about this, one of the best science fiction writers who discovered three well-known laws of robotics, which in the future would become mandatory for the creation of robots by humans. The first law stated that a robot cannot harm a person or allow a person to get into trouble. He must always stand guard for human life,” the physicist explained.

© NASA
'Shows His Limits:' Hawking's 'There's No God' Remark in Posthumous Book Sends Twitter Into Frenzy
“Earth's resources are limited, and there may come a time when the harmful effects of [human activity] reach such a level that people's survival becomes an issue. Over the entire existence of our planet, this has already happened several times. Therefore, concerns about finding new places for humanity always exist, […] and if changes in DNA allow a person to survive in such a hostile atmosphere [of other planets], then a person may begin to inhabit these planets,” said Souza.

Another concern for Hawking was the possibility of artificial intelligence, which over time could overtake humanity. Souza noted that this is indeed possible and cited the example of an experiment conducted by Facebook. Two robots were placed in the same chat room for communication and as a result of which they managed to create a new communication system with each other, based on a special code.

“In fact, it is not known whether they really had the intelligence to make two-way communication and create their own communication system, or it was some kind of bug, and because of these doubts, the experiment was curtailed,” he added.

“The artificial intelligence system is actually trying to reproduce our brain. […] The same mechanisms work in it [AI] as in our head. So all this is quite possible and at some point, they may begin to make autonomous decisions. […] Some robots are already doing this. For example, robots that move autonomously — when they meet a wall, they have to choose a route in order to go around it. And this decision is made based on what the robot sees. On its own,” the scientist said.

Hawking's predictions really raise serious concerns. Nonetheless, Marcela Souza noted that they do form a picture of the future, but not an imminent one.

“It is possible. But I am not saying that this will happen right now. This is a prospect for a distant future,” the scientist assured.