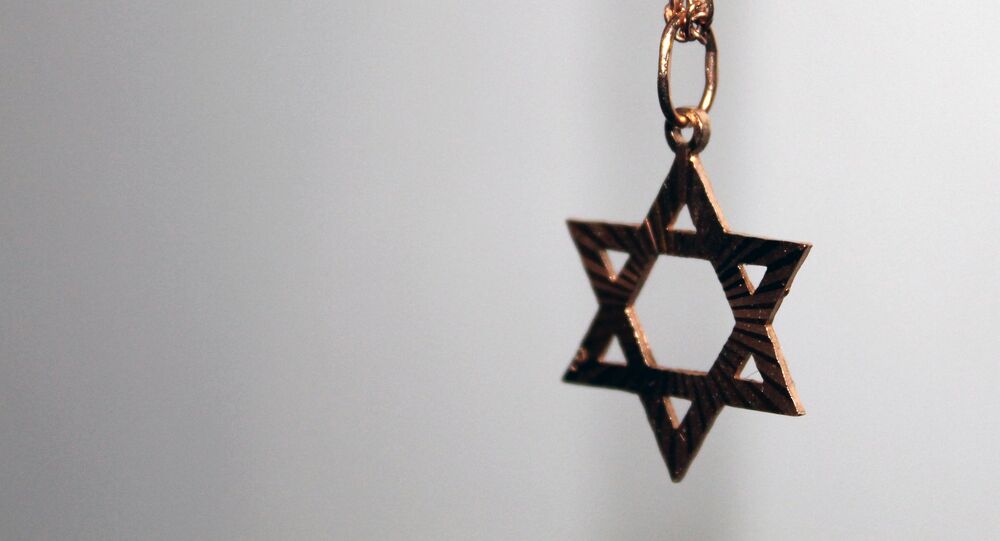 AfD Jews: ‘We Won’t Let Ourselves Be Instrumentalized’

“Jews in the AfD? Are you serious?” These were the questions a self-named working group has been asked by the media and NGOs. According to Dimitri Schulz, one of the JAfD’s founders, this indicates that the organization is dealing with the right issues.

According to him, Jewish issues are the fight against anti-Semitism and for the equal treatment of Israel in the German media.

Jews in the AfD? It's impossible. A Jewish working group within the party? Someone has made this up! It's just a clever move that looks both strategic and impossible. After all, AfD politicians have often enough been hostile to minorities, including the Jews. Many experts have pointed this out since the JAfD was created.

© AP Photo / Jens Meyer
German Secret Service BfV to Decide on Surveillance of AfD by 2019 - Reports
In an article for Die Welt, Henryk Broder has criticized the organization. His main question was why Jews should actually be more politically mature than the rest of the population. Other critics have not asked themselves this question, but instead picked out one or another member of the group to ostracize them and demonstrate that this whole thing cannot possibly be right.

Dimitri Schulz is one of these members: he has been in the party since 2014; and it was he who founded the nationwide Russian-Germans "interest group" within the AfD in 2017. Schulz recognized that many of the AfD's Russian members were Jews. So he decided to create the JAfD, which took place last Sunday, even co-organizing the foundation meeting.

Against Anti-Semitism and For Fair Coverage of Israel's Activities

The Wiesbaden lawmaker can't understand the headwind the organization has faced. For him the JAfD is a natural development, "as the AfD grows into a people's party." According to him, the JAfD is an independent association consisting of Jewish AfD members that want to deal with mainly Jewish issues.

"This includes fighting against any form of anti-Semitism, maintaining a decent standard of Jewish life in Germany and Europe, and fighting for equal treatment of Israel both in the media and in international organizations," Schulz told Sputnik.

As for the media, he added that they only report when Israel reacts to aggression such as rocket attacks against the country. According to Schulz that is "not neutral coverage." The JAfD gathers information from various sources, including Russian and Israeli sources, to provide a more complete and objective picture.

The question the politician asks himself is why the AfD shouldn't deal with all these issues. After all, Schulz regards the party's relations with Russians, Russian-Germans, and Jews as "very good." In his view, the AfD's 13-page list of incompatibility regulates that no extremist figures can be in the party. With this list the AfD is "the only party that has demarcated itself from an extreme edge."

Schulz recalls Broder's remarks: "We have joined the AfD precisely because we are more mature." The AfD's members are often labeled as "stupid", but, according to Schultz, they are "the only ones with their eyes open and therefore the only ones that see the problems."

According to Schultz, others would prefer to shy away from these problems. As for a statement made by Beatrix von Storch, Deputy Group Chair that a Muslim AfD group could also be formed in the future, Schulz "doesn't think there is any common ground between Islam and their party's program."

But what happens if the AfD turns into a far-right party curtailing the rights of minorities and openly calling for violence? "We definitely won't let ourselves be instrumentalized," Schulz stresses. The JAfD is an independent association and can position itself accordingly.

Various parties, including the Central Council of Jews and the Jewish Students Association, confirm that "we have put our finger in the right wound." Here, the JAfD quickly attracted hatred, although they hadn't planned to make a lot of fuss about themselves. The whole thing has been "blown up" by the media. "The reaction shows that we have done something right," Schulz stressed.

Schulz Is no Jew? It's not About Blood

Various media outlets have not sought to speak with Schulz due to his unclear past about him actually being Jewish.  According to the media, it is either because he didn't get a document proving he was a Jew when he emigrated from the Soviet Union, or he was not Jewish on the maternal side of his family. In addition, it is striking that he is not a member of the Jewish community.

"In my family history, four generations have lived in Russia (formerly the USSR). Almost all of them were Jews from the Netherlands, but my father's great-grandfather was not Jewish but a German, he was from Heidelberg. Thus, I didn't return to Germany as a quota refugee but as a person displaced in 1989," Schultz countered.

Schulz doesn't understand the accusation that he is not part of the Jewish community: "Membership in a Jewish community doesn't determine your background, so these doubts are absurd."

Views and opinions expressed in the article are those of Dimitri Schulz and do not necessarily reflect those of Sputnik.

‘We Have Many Groups in Our Party, Why Not a Jewish Group?’ – AfD MP