Prof on Italy Budget Proposals: Difficult to Say Whether It'll Be Accepted by EU

Italy has submitted its 2019 budget, hoping to get past all the red tape in Brussels in order to implement reforms espoused on the campaign trail. Sputnik has spoken with Fabrizio Carmignani, Professor of Economics at Griffith University in Australia to find out if the EU will accept Rome’s plans.

Sputnik: It the EU likely to accept Italy’s budget proposals and if not, what will be the consequences?

Fabrizio Carmignani: It’s difficult to say whether it will be accepted. What we can say is that the proposal is certainly not making the EU very happy. The problem is obviously the level of deficit because if the proposal goes ahead, the deficit will go up to 2.4%, which is an increase compared to the past, and probably above what the EU would like.

The common denominator of the populist coalition is a generally anti-EU position and a conflict with the EU at this point would probably be beneficial for them, but it is certainly not an outcome that I would like to have for the Italian economy. 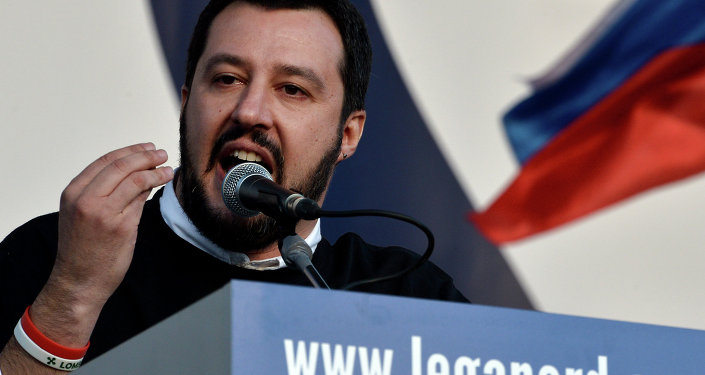 © AFP 2019 / TIZIANA FABI
Firecracker Thrown at Lega Branch in Italian Town Before Salvini's Visit
Sputnik: Do you feel that the EU interferes too much in Italy’s affairs?

Fabrizio Carmignani: If you are talking about economic affairs, then I don’t agree with the statement. The EU is an economic union and while there is a single currency, there is very clear integration from a monetary point of view, there is integration in terms of other aspects of the economy.

They are part of a union; therefore they have to accept a number of the rules as a member of the region. I don’t think there is excessive interference, in the end; the EU is working towards ideal economic outcomes for the entire region and often we forget to mention the positive impact that the economic integration has had on many countries, including Italy.

I don’t see this as interference; I see it as support, as part of the process of integration which in the long term has benefits for all member countries.