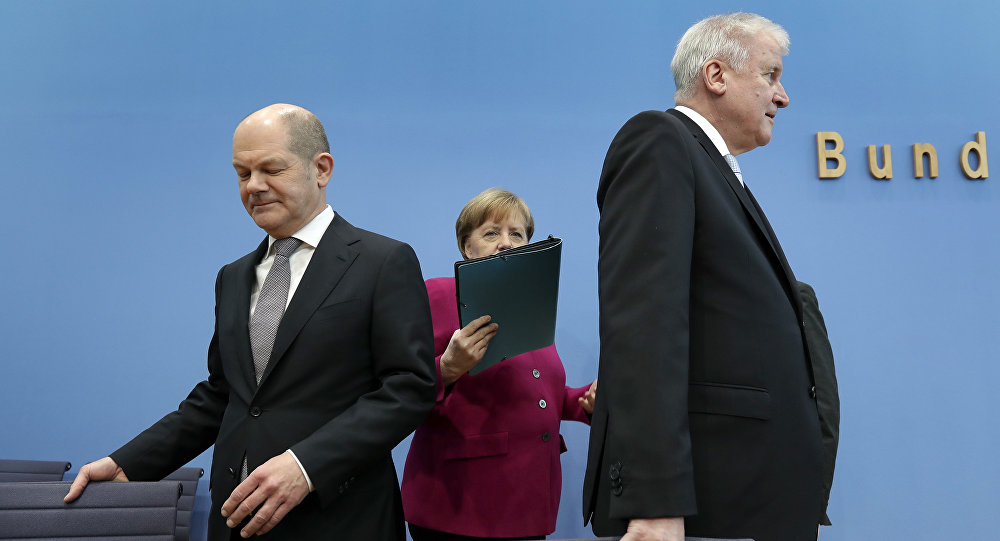 With German Chancellor Angela Merkel’s sister party, the CSU, losing ground in Bavaria’s bellwether state elections, her position is coming under increasing scrutiny. Can she remain in power much longer? Sputnik spoke with Peter Schulze, Professor of Politics at Georg August University in Gottingen for more information.

Sputnik: How will this result affect Merkel's government?

Peter Schulze: I think at the moment there will be no change in the leadership of the CSU, but this does not mean that in the future that there will not be the question of Mr Seehofer, the Minister of the Interior, whose position is not to secure any more. I think by the end of the year there will be a change of the position.

© AFP 2019 / Thomas Kienzle
Support for Merkel Bavarian Ally Drops to All-Time Low Ahead of Vote - Poll
Regarding Merkel, the situation of her coalition party is absolutely fragile now, because both parties lost 10% and the SPD is basically half of Bavaria and this is something that really cuts into the essential structure of the party.

At the end of the month we have elections in Hesse, and if there is a similar development, it will backfire tremendously on Berlin and Merkel is not sure anymore.

The debate in the CDU has started already, looking for a successor to Merkel and this process will get faster and more serious next month after the results in Hesse, if they are negative as well as they were in Bavaria.

Sputnik: What is the German public's overall perception of the open door migration policy?

© AP Photo / Matthias Balk
Bavarian Election Threatens to Deal Devastating Blow to Merkel's Allies
Peter Schulze: The view is negative, as it used to be. We have as well some backlashes and demonstrations coming out for a more humane Germany, which is following, in principle, the open door policy; this is a minority, but a very well-mobilised minority.

Last weekend in Berlin between 100,000 and 150,000 people gathered and demonstrated for an open Germany for asylum seekers and for a Europe without borders.

However, compared with the general sentiment in Germany, this is a minority movement, which is supported and organized by the Green movement and Green Party, and by charities and other NGOs, which are not so much interested in looking after German or European national and real interests, but are driven by ideological or normative factors.