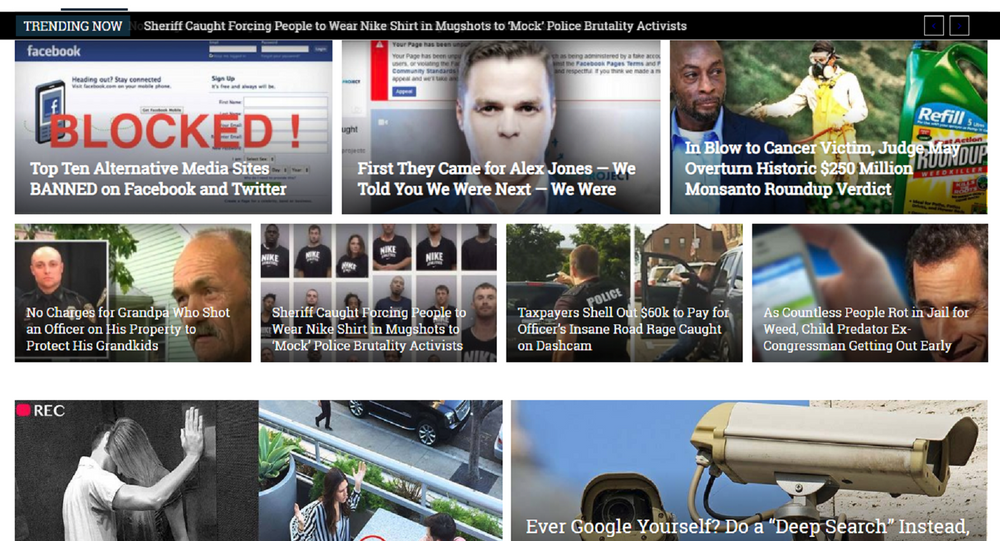 Facebook’s Thursday purge of more than 800 pages included a number of the biggest alternative and independent media outlets on the platform. So why isn’t the mainstream media talking about the suppression of independent media?

While MintPress was not included in the alternative media ban, it has previously collaborated with those who were.

​Among the biggest alternative pages nixxed were The Free Thought Project, the Anti-Media, Counter Current News and Cop Block. Sputnik News previously spoke to a number of founders of and contributors to those websites.

Sputnik News also illuminated the pro-censorship slant of mainstream media's coverage of the purge, breaking down the reporting from the New York Times and the Washington Post which downplayed the risks to First Amendment rights and focused largely on extremely reactionary and conspiratorial pages that were purged while ignoring the independent media groups expelled from the platform.

Since the time of that article's writing, Sputnik News has learned that the five pages identified by the Washington Post were hand-selected and provided to them by Facebook.

"The New York Times and some other people that have reported on it have not given the full scope of who it is. They have focused on maybe one site that was far right and that didn't return comment and didn't have anything to say, where most of these pages, people were more than willing to talk about what happened," Emma Fiala told Fault Lines hosts Lee Stranahan and Garland Nixon. "But certain media is not focusing on those people."

Among the pages banned ostensibly for "coordinated inauthentic behavior" (or, as those pages' administrators suspect, political repression), Fiala has "friends that work with them, or I worked with them, or MintPress is associated with them because sometimes we'll repost each other's stories," she said.

"These pages are just basically independent and alternative media collectives that don't necessarily align with any part of the political spectrum," she added.

"A lot of people got sad, because this is people's lifelong work; they've been working on these pages for years. Before the whole ‘Russiagate' was a thing, these pages existed," Fiala said.

"As soon as these pages disappeared," Fiala said, "people lost their jobs; they're sitting there, and they're not sure what's going to happen with the future."

While the mainstream media has either ignored or cheered on the latest purge from Facebook, Fiala praised Russian media such as RT and Sputnik News for being among the few outlets to fairly report what happened.