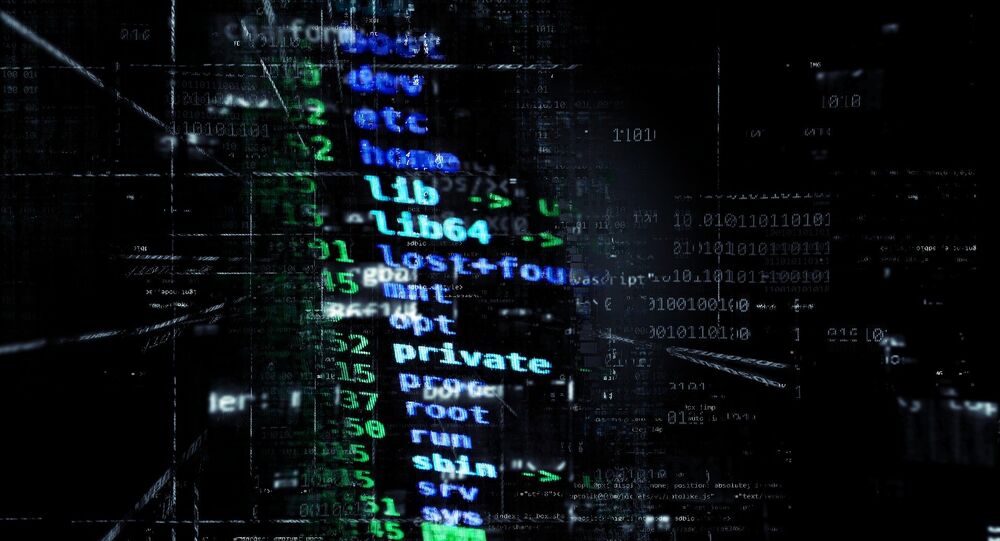 According to the Dutch Defense Minister, the Netherlands is in a state of cyberwar with Russia. Dutch Defence Minister Ank Bijleveld stated that the time has come to shake off naivety and take measures. Radio Sputnik discussed Bijleveld's statement with Olav ten Broek, a member of the Dutch group We Want Peace With Russia.

Sputnik: How responsible is it for Bijleveld to make claims about Russia's "cyberwarfare?"

Olav ten Broek: The time when she is saying it is very interesting because the (incident) at the OPCW headquarters was already in April; she was gloating about the Dutch military intelligence's success, that they had interrupted that supposed Russian cyber-attack.

The strange thing is that NATO has a policy, in which they say that a cyber-attack is equal to a military attack. So, these are very dangerous words to say out loud in the Dutch media.

Sputnik: I was looking at your Facebook post a bit earlier which starts by "we are ruled by total idiots and Bijleveld has never outgrown kindergarten in terms of warfare." Everyone knows that the Netherlands is really not dirty from eavesdropping, hacking, spying and spreading false news; can you elaborate on what you've said?

© REUTERS / Piroschka van de Wouw
Netherlands in 'Cyberwar' With Russia - Defense Minister
Olav ten Broek: Every country in the world does some form of intelligence and the Dutch aren't different. The Russians aren't different either. It's very strange to look for Russians in the building of the OPCW when they can vote in, at least Russia is a member of the OPCW and can log in so, the whole story is a little bit strange.

But again, the time when they bring this story out, it's a little bit late to exercise in Norway; there are 50 thousand troops on the Russian border as well as 2,500 Dutch military participating; but this is a very dangerous thing.

Sputnik: What do you think could happen? Why is this dangerous?

Olav ten Broek: It's dangerous because it's put us on a path of a new cold war. I don't think NATO really seeks a war with Russia; they won't attack a strong country like this. They take every opportunity to virtue as much as they can.

Of course, the public opinion is that Russia is a very dangerous country which is attacking us not militarily but with cyber warfare. An average Dutch man doesn't get the slightest negative impact of that; but what is in the Dutch mind now is that is that a Minister, as the representative of the Dutch government, says that we are in a form of war with Russia. That's a new step.

Sputnik: NATO has actually for several years equated cyber-attacks with military attacks and thus an act of war, which technically would make her statement correct. But, of course, the actual declaration of such a thing also has its consequences; what are your thoughts on the consequences of saying such a thing?

Olav ten Broek: The first consequence was later on Sunday when the Minister had to say that she had misinterpreted that and that she hadn't meant a war and she wanted to say they were looking at each other.

Sputnik: How has the media been covering this? How has the public responded? Has there been any public outcry over these statements?

Olav ten Broek: There is some public outcry. If you look at Twitter or Facebook, there is a public outcry and it's mad about the minister saying such things. But the media in the Netherlands are in general very negative about everything that is Russian, so they won't attack the minister. But there is certainly some form of a public outcry.

Sputnik: There has been quite a bit of media smearing of Russia's reputation; what can you say about the overall situation in the Netherlands? Do the citizens, generally speaking, have a worse view of Russia than they did a while ago? Is there generally a feeling that Russia is a major threat among the citizens of the Netherlands?

© Sputnik / Vladimir Vyatkin
Netherlands Responsible For Irreparable Damage in Russia-Dutch Ties - Moscow
Olav ten Broek: An average Dutch person has a negative view of Russia. But you can't blame them, because every TV station, every newspaper and journalist is saying almost the same negative things.

Frankly speaking, I haven't seen anything positive about Russia on the Dutch media in the last 10 years. To give you an example, our 8 o'clock news made a program from Asbest which is a town in Russia where they still produce asbestos.

There are a dozen countries in the world that produce asbestos but they brought it to the Dutch people as Russia is endangering the world with asbestos. It's unbelievable. It took them five minutes to explain everything and say that "Russia is exporting asbestos, it's dangerous and they keep doing it." It's crazy.

Sputnik: Overall, what do you think is going to be the end result of this commentary? Do you think she has already taken some steps to go back or to backpedal on it?

Olav ten Broek: These kinds of things happen every week, these kinds of negative reports about Russia and also the declarations of war which wasn't, according to the Minister. It will be forgotten but the general idea will maintain and that's the danger of it because every week or every two weeks they say something very dangerous about the situation between the NATO countries and Russia. And that's what stays in people's minds. In general, they think that Russia is, indeed, a very big danger.