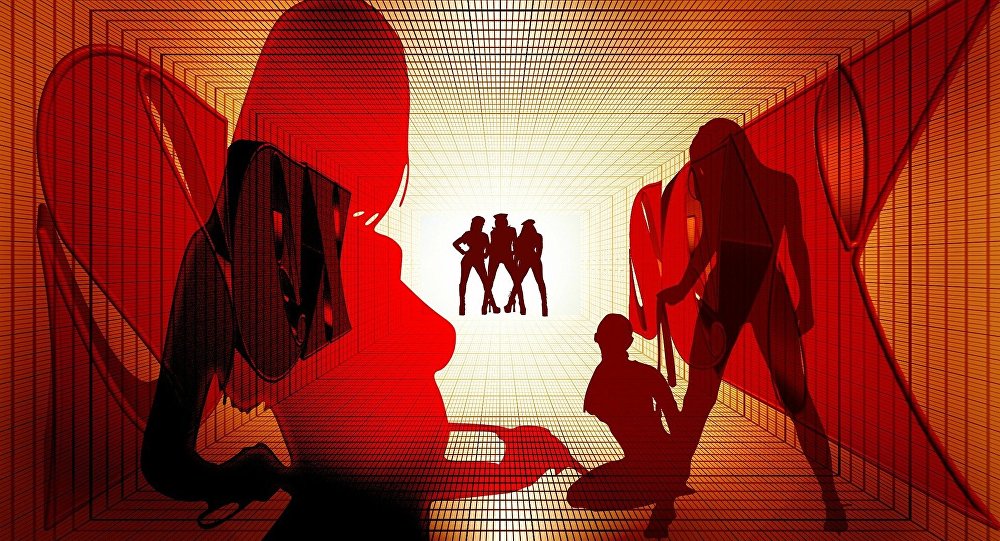 Several FBI employees stationed in half a dozen cities across Asia have been recalled to Washington while the agency investigates allegations related to parties and interactions with prostitutes, it has been reported.

The exact nature of the allegations against the FBI personnel and where the incidents allegedly took place haven't been disclosed — although details on a number of historic sex scandals involving intelligence agency and military staff are widely available.

As Central Intelligence Agency chief 1953 — 1961, Allen Dulles oversaw some of the organization's most notorious and blood-soaked operations of the Cold War. However, he also found time to engage in innumerable affairs.

One such conquest was Queen Frederika of Greece, who in 1958 came to the US on a tour with her son, future King Constantine II — when visiting Washington, she discussed "spiritual values" with President Dwight D. Eisenhower in the White House, then visited Dulles at CIA headquarters. They'd been alone in his office for nearly an hour when an aide knocked — hearing no response, he entered, finding the office empty, but lascivious noises emanating the adjoining dressing room.

© AP Photo / WCA
Allen Dulles, director of the Central Intelligence Agency, leaves the hearing room on Nov. 27, 1957, after giving closed door testimony before the senated preparedness subcommittee. Dulles told what Sen. Stuart Symington (D-Mo) called a sad and shocking story of the missile competition with Soviet Russia.
While never reported by the mainstream media, Dulles' promiscuous proclivities were legendary in Washington, and he made little to no effort to hide his affairs from anyone — including his wife, Clover. In the 1920s and 30s, while working at Wall Street law firm Sullivan & Cromwell, he often took extended foreign trips, and regularly wrote letters home to Clover full of suggestive references to other women.

In one, he wrote of a night out with "an attractive (not beautiful) Irish-French female whom I took to Scheherazade, where we stayed until the early hours", in others "a charming widow," "a most pleasant companion," "a young English damsel," "a very delightful person" and "a sensible soul, also by no means ugly". After one Atlantic crossing he informed his wife he'd "on the whole kept rather free from any entanglements, and in particular, there have been no ladies on board with whom I have particularly consorted". Such taunting behavior may account for his wife's apparent loathing of him.

"Allen was dying in '69 and they had a Christmas party at his place. Wife was downstairs with the guests, having a wonderful time, not a word about Allen except he wasn't feeling well. Finally, one of the boys decided to go up and wish Allen a Merry Christmas. [He found] Allen lying in a urine and s*** soaked bed, completely out of it and mumbling to himself. She'd left him up there for quite a while. Ugly. She really must have hated him. The boys picked him up, wrapped him in a clean blanket and took him to the hospital where he died about a month later. She didn't care at all and was very upset they used one of her good blankets," Robert Crowley, head of the CIA's Clandestine Directorate of Operations under Dulles, has alleged.

While working in China in 1964, 20-year-old French diplomat Bernard Boursicot was seduced by radiant Chinese opera singer Shi Pei Pu at an embassy reception. It would be the first of many sexual encounters between the two, and the next year Shi gave birth to his son. The year after, with the Chinese Cultural Revolution underway, Boursicot was approached by a member of the Chinese secret service, who suggested to him Shi's safety would be at risk if he didn't provide the Chinese government with classified documents.

It was an offer Boursicot couldn't refuse, and he would eventually hand over around 150 sensitive files. He eventually returned to France in 1979 and was joined Shi in 1982. In 1983, the pair were arrested and under interrogation admitted to spying for China.

© AP Photo / Eugene Hoshiko
This Aug. 10, 2009 photo shows statues of Deng Xiaoping, Zhou Enlai, Mao Zedong, Zhu De and Liu Shaoqi in front of traditional pagoda-like buildings at Happiness Garden Monday in Huaxi, Jiangsu Province, China
To the shock of many — most of all Boursicot himself — it was revealed during the resultant trial Shi was, in fact, a man, and his son had in fact been purchased on the black market from a doctor in the Xinjiang province of China. Shi had managed to maintain the deception due to his unique ability to retract his testicles. Not long afterwards, Bouriscot unsuccessfully attempted suicide in prison. In 1986, after a two-day trial, Boursicot and Shi were convicted and jailed for six years. Shi was pardoned by President François Mitterrand in April 1987, as part of an effort to defuse tensions between France and China. Bouriscot would be released that August.

Shi died aged-70 on June 30, 2009, in Paris — in the months prior he'd informed Boursicot he still loved him, although when notified at a French nursing home of Shi's death, Boursicot did not grieve.

"He did so many things against me he had no pity for, I think it is stupid to play another game now and say I am sad. The plate is clean now. I am free," he said.

Posing as a North Korean defector, Won arrived in Seoul in 2001 and was quickly sent on a lecture tour, briefing South Korean military chiefs on North Korean society and the dangers of communism. However, she used the opportunity to give senior staff sexual favors in return for sensitive information relating to weapons systems and locations of key military installations, which was then said to have been relayed back to Pyongyang. 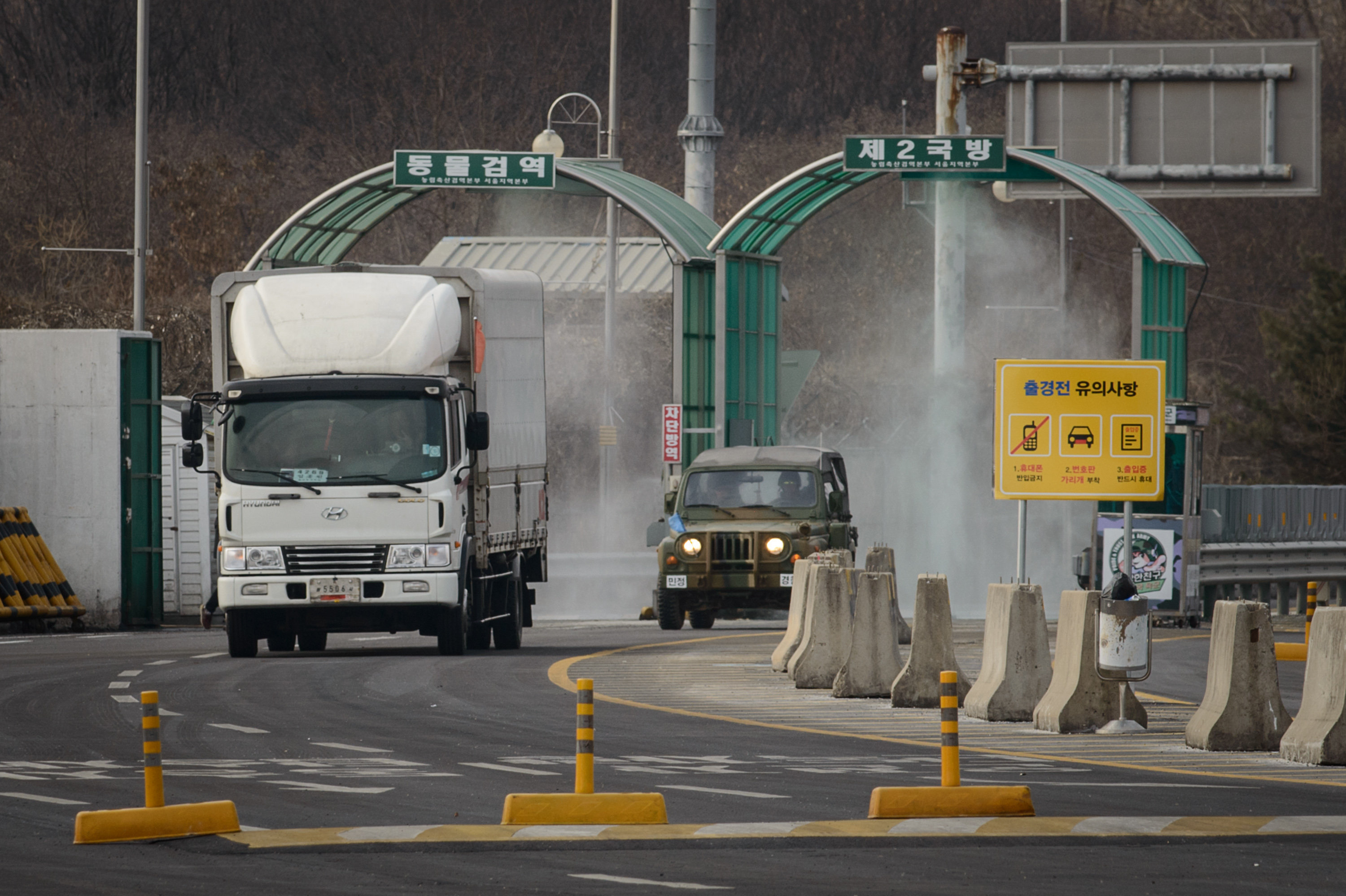 © AFP 2019 / ED JONES
A vehicle leaving the Kaesong joint industrial zone passes through disinfectant spray before a checkpoint at the CIQ immigration centre near the Demilitarized Zone (DMZ) separating North an South Korea, in Paju on February 11, 2016
At trial, she claimed to have been specially trained in infiltration and assassination, and the court was shown photos of scars she allegedly received in commando training in the North. She was also accused of trying to assassinate a South Korean military officer in Hong Kong using an aphrodisiac laced with poison, and trying but failing to assassinate Hwang Jang-yop, former North Korean communist party ideology chief and the highest-ranking North Korean ever to defect. In all, the business cards of 23 military officers were found among her belongings.

Pyongyang strenuously denied Won was an agent, calling her a traitor for leaving the country, and "human scum, crazy for money, vanity and swindling". It was suggested she'd fabricated her story in conjunction with South Korean authorities in order to tarnish the North's image. Upon her release, she briefly became a popular guest on TV talk shows, where she spoke at length about her harsh, elite spy training, and claimed she'd disobeyed Pyongyang's orders to assassinate two South Korean army intelligence officers.

However, while a major national scandal at the time, in the years since some reporters have questioned the value of her espionage work, based on testimony by North Korean defectors who knew Won and her family in the North. Some national media outlets have suggested she was merely a low-level informant, whose significance was inflated by South Korean officials and reporters in search of a salacious, saleable story.

Obama: ‘No Evidence’ Of Security Breach in CIA Sex Scandal

5 Questions About the CIA Sex Scandal