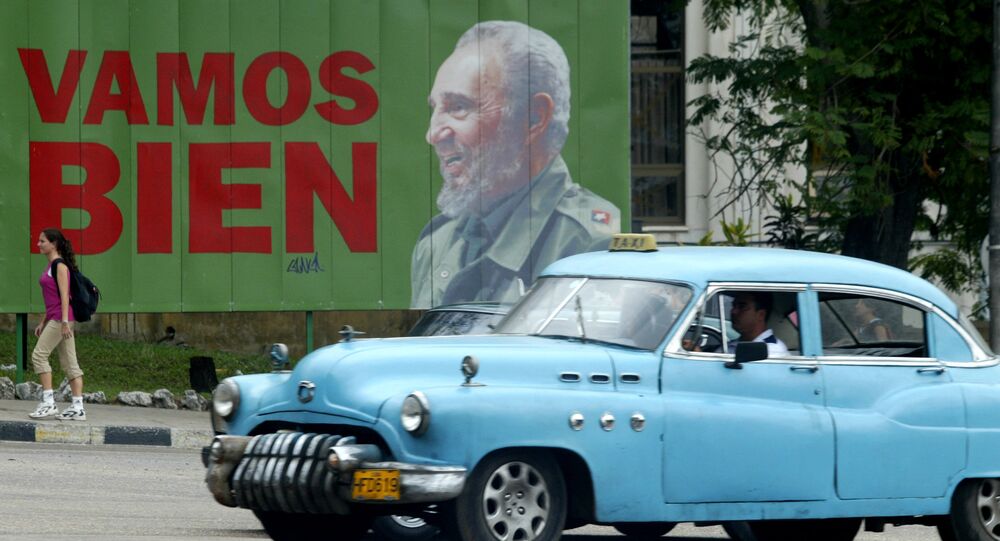 Cuban citizens are preparing to ratify or reject a radical new national constitution in a referendum - but while the proposals represent a seismic political, social and economic shift for the plucky Caribbean island, the Western media still isn’t happy.

Sweeping changes have been afoot in Cuba ever since Raul Castro took power in 2006 — the younger brother of Fidel legalized self-employment, freed up citizens to sell their homes, and eagerly pursued a thaw in relations with the US.

The whirlwind culminated in July this year, when Cuban lawmakers approved a radical new constitution, which recognizes the right private property, democratizes local and national politics, legalizes same-sex marriage, and jettisons the long-standing objective of Cuba progressing towards a "communist society", among other significant amendments.

The mainstream media greeted some specific elements of the draft constitution with surprise and delight, namely, same-sex marriage reform and dumping Communism — ironically, the proposals that have proven most controversial and unpopular with Cubans.

However, evidently operating on the principle one must first get behind someone to stab them in the back later, positive headlines would be more than offset in accompanying articles with vicious attacks on Cuba and demands for greater change.

For instance, in an article titled ‘Less than meets the eye', The Economist despaired that for all the constitution's hype, "state domination of the economy" was set to endure under its auspices. Examples of this continuing tyranny cited by the organ included the closing of a loophole allowing restaurants to seat more than 50 patrons at once, imposing higher taxes on businesses with over 20 workers, and restrictive measures on some commercial imports. Such draconian measures, the piece's nameless author declared, were motivated by Havana's dastardly desire to protect nationalized industries.

While restrictions on the number of people who can dine in restaurants, tax rates proportionate to a business' size and state-subsidy of public utilities are commonplace throughout the world, to The Economist these measures were cynical attempts by Cuba's government to sustain the country's "grossly inefficient centrally planned economy", inspired by a long-standing suspicion of the free market on the part of Cuban leaders — which they erroneously "associate with corruption and inequality".

The article also dismissed suggestions by Cuban President Miguel Diaz-Canel that Washington's trade embargo — which has been in place since 1959, prevents basic provisions reaching the island and US businesses from purchasing any Cuban goods or resources whatsoever — has contributed to Cuba's economic struggles. Evidently, for The Economist nothing short of a total lack of regulations, state subsidy and taxes will do — although such a structure would make Cuba unique among nation states.

Even more trenchant criticism emanated from The Miami Herald — in an article titled ‘Cuba's new constitution is worse than the old one', Andres Oppenheimer said the "dreadful" draft document was "no step toward modernization", and in fact "aims to consolidate Latin America's oldest and most decrepit dictatorship".

Echoing The Economist's sentiments, Oppenheimer said the new constitution's references to the right to private property "should be taken with a grain of salt", as "it adds that it will be subject to regulations". Moreover, he highlighted article three of the document, which states "citizens have the right to combat by all means, including armed struggle, against anybody who seeks to topple the political, social and economic order established by this Constitution". For the CNN Espanol anchor, this amounted to granting Cubans free-rein to "legally kill" anyone who "dares to challenge the ruling order".

Whether a legitimate interpretation or not, the article strongly echoes the second amendment of the US constitution, which states "a well regulated militia, being necessary to the security of a free state, the right of the people to keep and bear Arms, shall not be infringed". Again, what's necessary and acceptable for Cuba's largest neighbor — one with a lengthy history of attempting to overthrow the Cuban government via violent means — isn't apparently satisfactory for Cuba itself.

Such negativity is perhaps to be expected of the outlet, given Miami became a key hub for Cuban emigres — and launching pad for US operations against Cuba — in the wake of the 1959 revolution. Moreover, the paper's employees have often used their journalistic credentials to disseminate anti-Castro propaganda — for instance, in September 2006, Miami Herald's then-president Jesus Diaz Jr fired three staff because they'd been paid by the US government to work for anti-Cuba propaganda TV and radio channels. While he argued payments violated the principles of journalistic independence, less than a month later, due to pressure Diaz reinstated the journalists and resigned.

In a guide to what was ‘in and out' of the new constitution, the BBC noted the significance of the proposed economic changes, but with major caveats. They would mean "Cuba [moved] in the direction of — but still far from close to — the types of ‘market socialism' practised by political allies like China and Vietnam", but "unlike those countries", Cuban officials still expressed public aversion "to the idea of excessive individual enrichment", and the revised constitution continues to prohibit private "concentration of property" — perhaps a subtle way of condemning authorities' resistance to the free market.

A similarly equivocal approach was evident in the section dealing with same-sex marriage. The proposal, the BBC noted, was supported enthusiastically by deputy leader Mariela Castro — a "novelty", the UK state broadcaster mused, given Communist authorities "persecuted homosexuals" in the years following the 1959 revolution. The state of gay rights elsewhere in the world at that point, and the "novelty" of modern leaders in countries that historically imprisoned or even executed homosexuals, went unexamined and unmentioned.

The negative flurry is perhaps an indication the West's presumed right to interfere with and subvert Cuban affairs remains very much ascendant. However, the island's history of resistance since the 1959 revolution — to innumerable attempted coups, invasions, assassinations, economic warfare and somehow much, much more — strongly suggests the Cuban government and people are thoroughly capable of weathering the latest US-led onslaught.