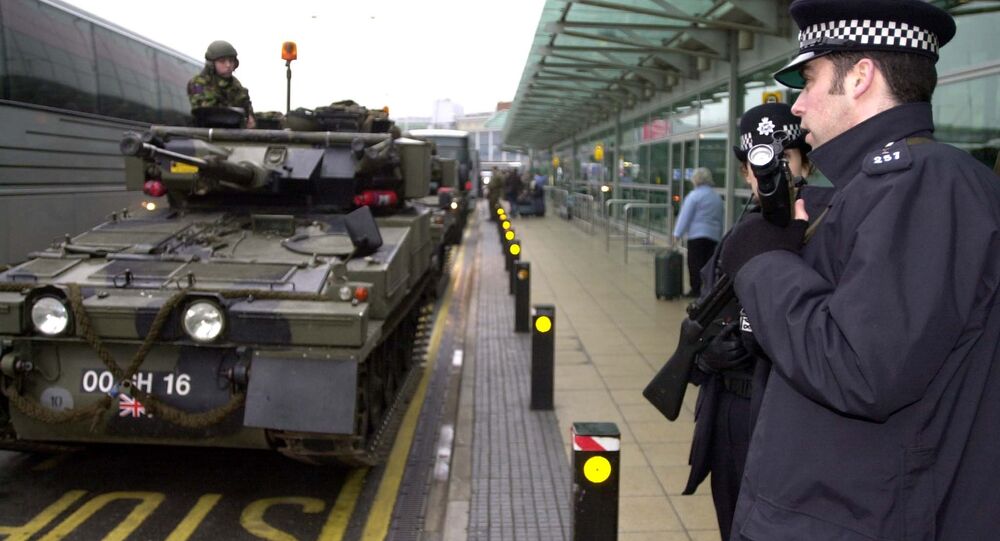 The head of UK national counterterror police has warned Daesh supporters who are prevented from traveling to the group’s territories abroad could launch terror attacks in Britain instead.

Sputnik has spoken to David Lowe, Research fellow at Leeds Beckett University’s Law School for more insight on the issue.

Sputnik: ISIS [Daesh] supporters who are prevented from travelling to the group’s territories abroad may launch terror attacks in Britain instead. Is this likely do you think?

© AP Photo / Virginia Mayo
'Huge Danger': EU Plan to Distribute Migrants Will Increase 'Threat of Terrorism' - Hungarian FM
David Lowe: I think there’s great credence in what Neil Basu has said in relation to this and I think we have already witnessed examples, I mean the London bridge borough market attack where two of those individuals were prevented from leaving the UK and there are other examples.

We have seen this and this sort of evidence has been important for Neil Basu to come out say this because these are individuals who have been radicalised, with their frustration they will want to carry this out, so there is credence to that.

Sputnik: We’ve seen a string of terrorist attacks both in the UK and Europe. On top of that we’ve seen massively police cuts across the board. Is the British police properly equipped to deal with future potential attacks?

One area that has not been cut was the area of counter terrorism but what has not happened has been a marked increase in the number of staff drafted there because obviously policing-wise, they are looking at neighbourhood policing, other form of crimes that needs to be investigated, marches and so on and other events that need to be policing – so you can see enormous task facing the police nationally.

© AP Photo / Brennan Linsley
Number of People Brought to Trial in UK for Terrorism Hits 10-Year High - Home Office
Fortunately many plots have been prevented but we’re seeing still these, what we call low level attacks involving knives and vehicles, being carried out and this is where we can’t be complacent. This threat is real.

Sputnik: Finally to stop these attacks becoming more common place, what should we been seeing from the British government?

David Lowe: I think there is a couple of things we can do.

One is the prevent strategy which comes under the counter terrorism strategy; I think more resources should be put into this – not just financial resources but staffing resources, agencies and so on.

You are not going to stop anyone who is absolutely imbued with the ideology of extremism, so that will allow the resources available in counter-terrorism to focus on these individuals and try and prevent these attacks.

On top of that, we ourselves being vigilant, anything we see that’s suspicious as we go about our business just let the police know and they will deal with it sensitively. We can all play our part but what crucial is to put more resources into prevention and I think that will then free up individuals who being closely monitored and allow the counter-terrorism police and the security service to focus those who are a great threat.

Views and opinions expressed in this article are those of David Lowe and do not necessarily reflect those of Sputnik.