It has been reported that Cannabis oil will be available on prescription to people with chronic pain across the UK within a month. Currently, cannabis-derived medicines are only prescribed in exceptional circumstances, when permission is granted by a panel of medical experts, but the Home Office is set to relax the rules.

Sputnik spoke to EP, Political Campaigner and Leader of End Prohibition (@afterprohibends), for more insight on the issue.

Sputnik: Firstly, how significant is this this development that medical marijuana could be available for prescription in less than a month?

EP: It is very significant but it’s a very tiny and welcomed step in the right direction. It remains to be seen how actually available it will be on prescription in the coming week. There are a lot of reservations about that, when we look at the current medical panel that’s been set up at the moment. For example, they have only prescribed a handful of people for the medical cannabis that they require, and that is going to be in place until the winter time. Things are changing slowly, they are going in the right direction, but people are going to feel let down, as they currently are. 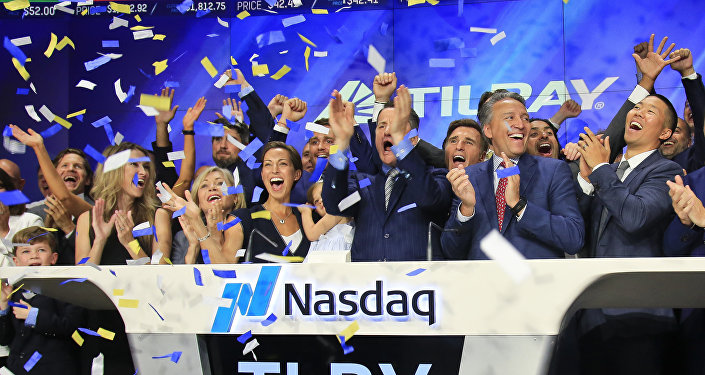 © AP Photo / Bebeto Matthews
Cannabis Capitalism: US Federal Pot Prohibitions Falling to Marketplace Madness
We’ve had more people going through the expert panel process but the specialists are simply refusing to apply them.

It’s been over three months and I think less than five people actually have access to it and a lot that’s been put in place looks like it’s not going to give many more people access to it.

Sputnik: What would this look and how would it be controlled and distributed to patients?

EP: So what they’ve said is that they’re going to do is the expert medical panel will continue until winter. This isn’t quite the timeline that stated, of GPs being able to prescribe it by autumn. It will remain with specialists, who will have to apply to import cannabis for patients, which isn’t very different from what it is being said, with NHS England at the moment writing to specialists with infirm guidelines and it won’t be until 2019 until the NIC guidelines are published and it will only cover three areas initially. Patients with severe epilepsy, much like some of the children we’ve seen  in the media recently, people suffering nausea from chemotherapy  which has already been recognized by the UK government – they used to allow a synthetic THC product to be prescribed that, and people with chronic pain where reports have shown up to 28 million people may benefit from that

© AP Photo / Wilfredo Lee
From Smoking Up to Selling Out: Marijuana Merchandise Gets Boost from Mainstream Marketing - Expert
It’s going to be specialists that are going only be able to do that, at least  for the next year or so, as if they thing people will be going there to get their cannabis or passing it on to other people like any drug.

Sputnik: In the past year, we've seen major changes to Britain's legal attitude to drugs. Are steps like this beneficial and what does it mean for the society and the general public?

EP: It can only be beneficial, certainly ‘The War on Drugs’ is a complete failure, I don’t think it has ever been about drugs, more on certain classes of people but the public’s attitude to drugs has certainly changed especially on the cannabis side.

Attitudes are changing; there a lot more that needs to be done to remove that stigma and certainly much more needs to be accomplished so that all can benefit from medical cannabis can access it.

© CC0
Georgia Decriminalizes Consumption of Cannabis
I doubt until we go adult use or recreational cannabis is available anybody who needs to access it will be unable to. With ‘The War on Drugs’ going forward, Sajid Javid has surprising made some great steps compared to past home secretaries dismissing sensible reforms out of hand without and serious consideration. He has done great steps there, albeit very small ones, but then he recently came out wanting to crack down middle class drug users – more punitive policies that will achieve nothing.

I think it will take a lot more changes in public attitudes and certainly political ones to get there, but they are certainly heading in the right direction and just a lot of effort and a lot more fighting because our drug deaths are going up year on year and it’s not acceptable when we have proven drug measures that will help reduce them.