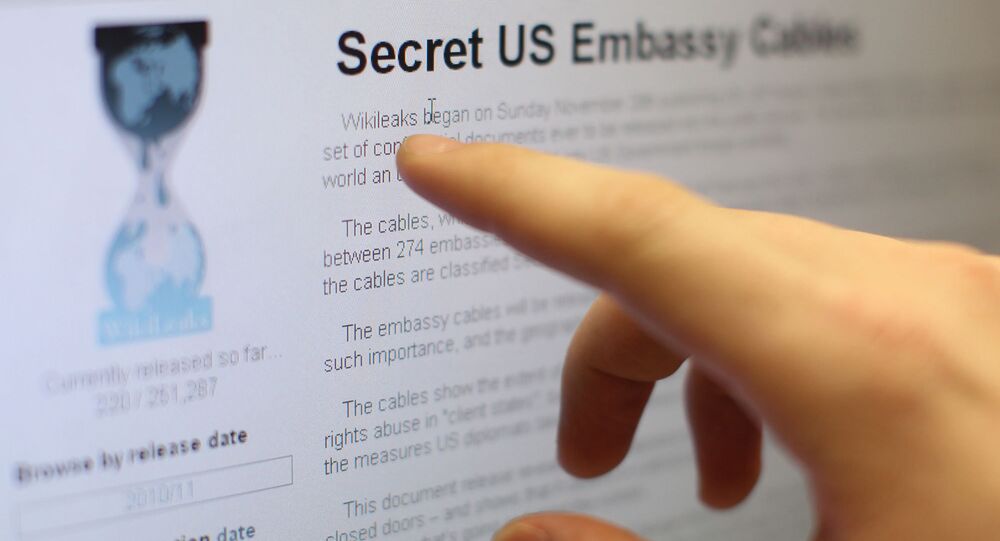 The UK based blogger website Bellingcat has claimed to have identified the second suspect in the Salisbury poisonings which took place in March.

Previously having been named as Alexander Petrov, Bellingcat has now revealed the individual to be a Dr Alexander Yevgenyevich Mishkin, who it says is a trained military doctor employed in Russia’s GRU or military intelligence. A full report was published earlier on Tuesday as to how the organization came to its conclusions

© AP Photo / Ben Birchall/PA
‘British Police Have Not Confirmed Bellingcat’s Investigations’ – Researcher
Doubts however remain as to the integrity of the evidence provided by Bellingcat. It is also not clear why the accusations are being made in such a round-about fashion, not directly by the British government itself, but by the amateur site, with the British government stating it does not dispute the claims. Sputnik has discussed the issue with Director of Eurasia Future, Adam Garrie.

Sputink: As some doubts remain over the integrity of the evidence provided by Bellingcat, can we really rely upon any further revelations produced by the site? And why is it that the accusations are being made in such a round-about fashion, not directly by the British government itself, but by the amateur site, with the British government stating it does not dispute the claims?

Adam Garrie: Bellingcat group are just a group of people who, according to their own words, just scour the internet using that top-secret tool known as Google, to find information, and then they connect various dots, much like a tinfoil hat-wearing conspiracy theorist would do, and come up with the conclusions that magically suit the government narrative.

We can only connect the dots and see that the government of the UK and its allies and its Bellingcat group are indeed more or less one and the same, and this is certainly true in regards to who they are financed as can be easily researched on that wonderful tool that Bellingcat itself claims to use — which is called Google — or perhaps they also use Yandex — the Russian search engine — although that would be amusing on a number of levels if they did.

© Sputnik / Vladimir Vyatkin
Peskov on Bellingcat’s New Claims: Kremlin Will Not Use Media Info, No Data From UK
So the entire thing is poor black propaganda.

Sputnik: Adam commented that the Skripal case was providing a convenient distraction from the ails currently plaguing British society, including the uncertainty over Brexit negotiations.

Adam Garrie: No weapon is better in the war of information like a weapon of mass distraction. Boris Johnson wants to topple the Prime Minister; Labour has its own scandals; Brexit is going absolutely nowhere and it's going nowhere fast;

Europe itself is going through a very changed political environment, we've seen the continued steady rise of populism in France, it's already written in Italy and it's doing well in its various forms in Hungary and to an extent in Slovakia. Against this background of a change in Europe and a change in Britain, how convenient to rehash the script that was rejected from a 1980s Bond film in order to create a diversion.

Sputnik: The Bellingcat revelations came as the ex-head of MI6 Sir Richard Dearlove gave an interview to Sky news where he said that Russia was a ‘violent country’ and ‘they tend to kill each other. He said that the Salisbury attack fitted ‘a historical pattern’ as it had ‘always used assassination as weapon and  it was ‘part of the Russian political DNA’. Do you think this mindset of Russians somehow being ‘different’ from other people also prevails in the UK foreign office and officialdom?

© REUTERS / Metroplitan Police
Bellingcat Claims That Second Skripal Poisoning Suspect Has Been Identified
Adam Garrie: It's remarkable that in the 21st century when China is uniting the wider Eurasia and African space; when Russia is making historical diplomatic contacts with previously rival countries whether it be India and Pakistan, Turkey and Syria, Iran and Israel, China and Vietnam;

Sputnik: There seems to be a difference between the British accusatory tone towards Russia over the Skripal case compared to how it is dealing with Saudi Arabia over the disappearance of the journalist Jamal Khashoggi in the Saudi Arabian embassy in Istanbul, demonstrating clear restraint and respect. What is at the root of the difference in diplomatic approaches?

Adam Garrie: There is an economic explanation and a psychological explanation. Britain and its partners make billions of dollars per year in selling weapons to Saudi Arabia.

By contrast there are very few meaningful economic relations between Britain and America on the one side and Russia on the other; Russia makes its own weapons, Russia makes its own oil and gas so already these big three commodities. Russia doesn't need to be buying weapons — they make them themselves. In the case of weapons one could argue that some of the modern Russian weapons are some of the finest in the world.

© Sputnik / Maxim Blinov
Anti-Bellingcat Reports Debunk Myths about MH17 Crash and Russia's Hand in It
And so, because of that, the western bloc of nations if the alienate Riyadh they would lose money; when they alienate Russia all they do is put themselves in a position to take central and eastern European countries and try to break off their relations in terms of energy with Russia — that's the economic explanation.

At a psychological level you need to go back to what British politicians said about Russia in the eighteenth and in particular in the nineteenth century — it's pure racism. The idea that Russia would consolidate its growth and development in the wider Eurasian space was seen as a threat to nations who thought of themselves as racially and culturally superior. And I have to say that this very racist attitude still persists.