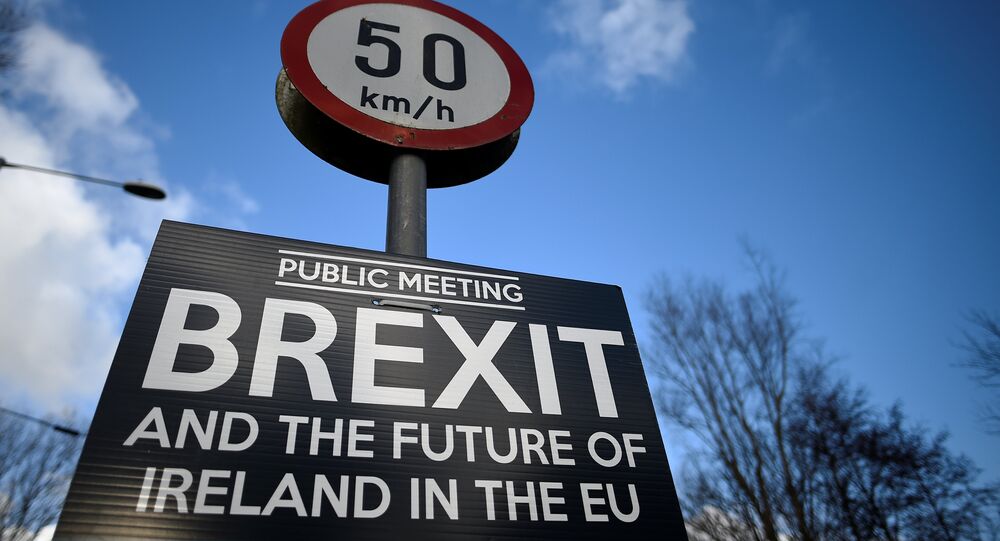 Nicola Sturgeon has said her Scottish National Party would welcome a new referendum on UK membership of the EU as Scotland never wanted to leave the bloc. Theresa May has rejected the suggestion of what is being described as a people’s vote, while Labour wants a general election to determine whether a second referendum should be held.

Now Nicola Sturgeon has warned the UK Prime Minister that her MP’s in Westminster will oppose anything other than staying in the single market and customs union. Those options do not feature in the Prime Ministers much debated chequers deal and Theresa May believes the only other option is a no deal.

The European Union have said the UK proposals are not going to work but in the last few days Irish deputy prime minister Simon Coveney said that the chances of a deal are good before the UK is due to withdraw from the bloc in march next year. Sputnik spoke to Chairman of the English Democrats Robin Tilbrook about the latest around the Brexit negotiations.

© AP Photo / Kirsty Wigglesworth, pool
UK Gets Warm Welcome in Asia After Facing Cold Shoulder in Brexit Talks With EU - Analysts
Sputnik: How have you been viewing and taking on the Brexit negotiations as of late, and where does this leave the UK?

Robin Tilbrook: It is a deadline that is difficult to change, we’ve got various people talking about having another vote and trying to avoid a no deal but in actual fact the legal framework is such that you can’t change the article 50 notice without a new act of Parliament.

In any case the EU is not keen on the UK remaining in the EU after the 29th of March deadline because they will have to be engaged in the EU parliamentary election and they’re terrified that we would return a whole sway of Eurosceptic.

Sputnik: What do you make of the comments by the SNP leader Nicola Sturgeon that her party would back a people’s vote?

Robin Tillbrook: She’s put forward that any deal that does not include remaining in the single market regulation framework or the customs union framework, the SNP MP’s will reject and vote against.

What she’s doing there is making it much more likely we will end up with a no deal scenario, because unless there is a deal, we will be out without a deal, that’s the way the timetables are working.

© REUTERS / Aaron Chown/Poo
UK PM May Orders Preparation of Crisis Plans Amid No-Deal Brexit - Reports
The more factions there are within parliament saying they have to have it their way or it’s not going to go through, the more likely it becomes we will have a no deal.

Sputnik: If the UK did leave without a deal there’s been support for the UK joining the Trans-Pacific Partnership, how much of a boost will that be for the negotiations?

Robin Tilbrook: Well the thing is the EU negotiators and approaching the negotiators from a completely different perspective to the British government’s negotiators.

The British government are approaching it from a classical liberal approach, everybody wants to be nice to everyone else and that we should talk nicely to each other and try and do something that is mutually benefits of everybody.

The EU negotiators are not approaching it from that angle at all, they are approaching from a more bureaucratic angle, where they think about their rules operate and what type of arrangement could be incorporated into their rules, which is why they are saying there are only two options they’d be willing to consider.

Views and opinions expressed in this article are those of Robin Tilbrook and do not necessarily reflect those of Sputnik.