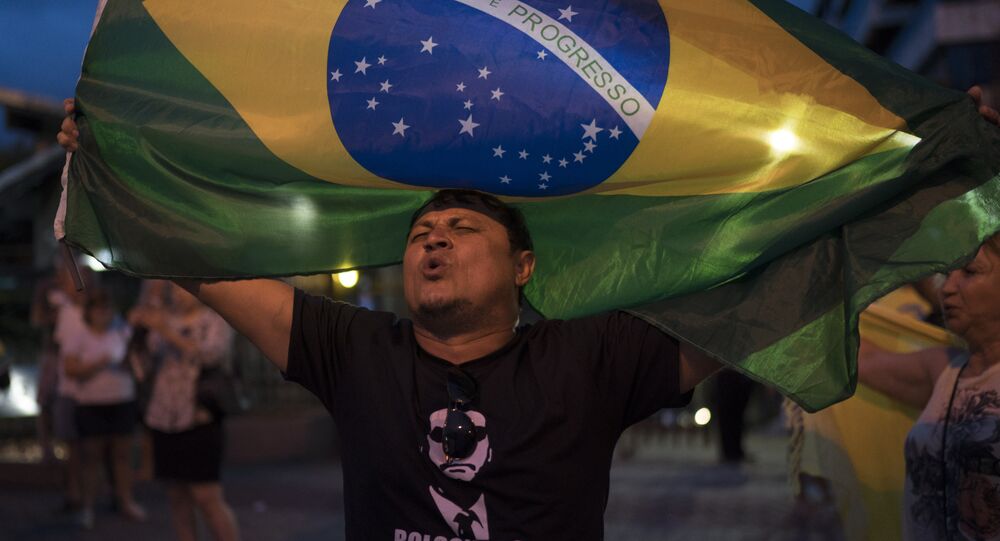 The results of Brazil's Sunday elections indicate that the nation's Congress will become more conservative, and that progressive politicians such as Dilma Rousseff and Jean Willys are losing popularity. Exit polls have revealed a so-called "right turn" at all levels of government.

A professor from the Federal University of Rio de Janeiro, political scientist Clarisse Gurgel, commented on the election results in an interview with Sputnik.

“The Brazilian electorate has shown that its reference system is a visionary world that lacks political literacy, falling for statements about the coming changes that show through Jair Bolsonaro’s program. This may seem like a positive development in relation to the changes, but it proves that people choose the most ludicrous candidate. We see that [this part of the Brazilian] society adheres to conservative views, but rather from a moral point of view than from an economic one” the political scientist said.

According to Gurgel, even if Haddad defeats Bolsonaro in the runoff election, in order to fulfill his mandate, he will have to "come to terms with big business and take conservative and neo-liberal measures."

“I believe that the risk of a second coup is looming over Brazil, and this time not within the framework of parliament (Rousseff's August 2016 impeachment is sometimes likened to a coup), but with the help of the military, as it was in 1964. The situation after the elections in the country is very similar to that described in 'The Eighteenth Brumaire of Louis Napoleon', or as in the works of Kafka: when cartoonish characters come to power without any political baggage," the political scientist said. In 'The Eighteenth Brumaire', Marx described how the class struggle in France had led to the assent of Napoleon III, whom he considered a "grotesque mediocrity."

At the same time, the Brazilian pundit expressed doubts that in the second round of voting, Haddad would be able to present a progressive agenda.

“All that remains for us is not to back down from our views, to defend our right to public assembly and to freedom of thought, and keep fighting,” she concluded, hinting at a possible victory for Bolsonaro in the elections.

READ MORE: Over 130 People Detained in Brazil Due to Election-Related Violations

Views and opinions expressed in this article are those of Clarisse Gurgel and do not necessarily reflect those of Sputnik.

Over 130 People Detained in Brazil Due to Election-Related Violations