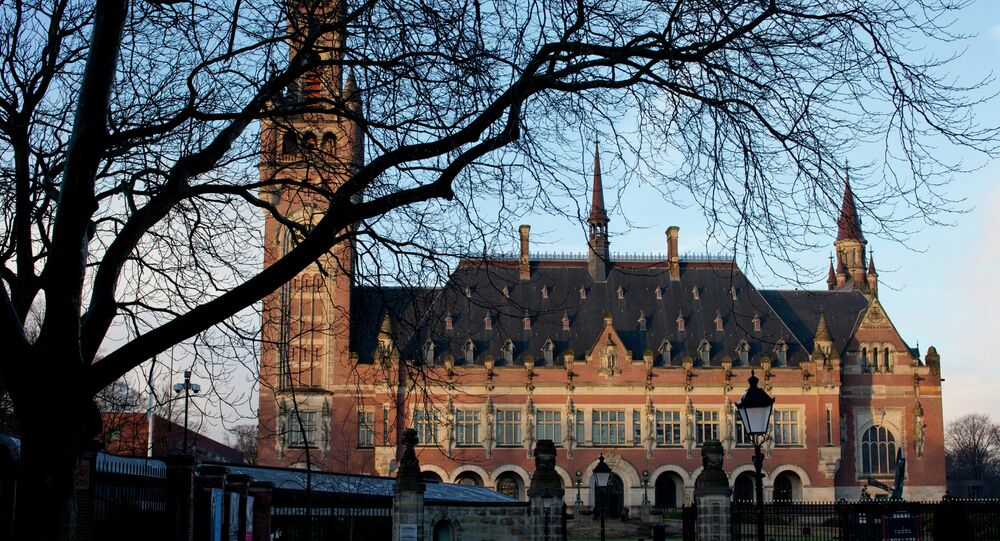 The International Court of Justice in The Hague partially granted Tehran’s lawsuit against the United States and ordered the US to lift some of its sanctions related to Iranian civil aviation and humanitarian aid.

Iran filed its case in July of this year after unilateral restoration of US sanctions against Iran, saying that the sanctions violated the 1955 Treaty of Amity between Iran and the US. Immediately after the sanctions ruling, US Secretary of State Mike Pompeo announced that the US is terminating the friendship treaty with Iran.

Sputnik discussed why Iran appealed to the Treaty of Amity when the Tehran and Washington have not been "friends" in nearly four decades, and what this "victory" in an international court means for both Iran and the US, with Maryam Jalalvand, an international lawyer from Payame Noor University in Tehran.

According to Jalalvand, from the point of view of international law, the Treaty of Amity remains credible, despite the fact that relations between Iran and the United States over the past four decades have been far from friendly since the 1979 Islamic revolution.

"The friendship treaty between Iran and the United States guarantees the development of trade relations, and regulates consular and legal relations between the two countries, with an emphasis on peaceful and friendly relations. The agreement was signed in 1955, two years after the coup and the overthrow of the government of Mohammad Mosaddegh [1951-1953, the Prime Minister of Iran], which privatized the Iranian oil industry. The coup, as is known, was carried out with the support of the British government and the American special services; the treaty came into force in June 1957. Since then, this document has defined the legal basis of relations between the two countries. According to paragraph 2 of Art. 21 of the treaty, any kind of disagreement between Iran and the United States regarding the interpretation or implementation of this treaty, which cannot be resolved by diplomatic means, should be referred to the International Court of Justice of the United Nations. In other words, any contradiction can be referred to the International Court of Justice by both Iran and the United States," the lawyer explained.

In 1979, 22 years after the agreement came into force, the hostages of the American embassy in Tehran were taken hostage, after which the United States broke off diplomatic relations with Iran unilaterally. Since the introduction of the first American sanctions against Iran, the foundations of the Treaty of Amity have been directly violated. Each party can withdraw from the agreement or denounce it, Maryam Jalalvand said. However, neither side did this:

"Despite the diverse differences and conflicts of interest between Iran and the United States for four decades, the Treaty of Amity remained a credible document."

The expert believes that Iran on the basis of this decision can rein in the United States, force it to negotiate, to implement the JCPOA:

"Iran can benefit in the future from such a court decision. After the decision of the UN International Court in The Hague, the Iranian Foreign Minister announced that for the United States, this ruling means defeat. Indeed it is. When a case of such importance is submitted to a competent international authority for consideration, and it issues a decision, for the United States this means defeat."

Answering the question of how Iran will act if the United States refuses to obey the court order, Jalalvand said:

"Iran can turn to the UN Security Council. And there, despite the fact that the United States has the right to veto, Iran can use the political force of this decision, because Iran has very strong leverage — the ruling of the highest court at the world level — the International Court of Justice."

According to the lawyer, the decision of the international court, which is binding, is a positive step in strengthening the international legal order, as well as a very serious and important victory for Iran over the United States.

Commenting on the statement made by the US Secretary of State to terminate the Treaty of Amity the Iranian expert explained:

"So far, Pompeo has not taken concrete steps to denounce the Treaty of Amity. However, even if the US withdraws from the Treaty, this step will in no way affect the court's decision. In addition, the process of withdrawing from the Treaty requires compliance with certain conditions and will take some time," Jalalvand concluded.