Friday’s conviction of Jason Van Dyke of the Chicago Police Department for the murder of 17-year-old Laquan McDonald in 2014 was not only a victory for the Black Lives Matter movement, but also a victory for anti-police brutality activists, one local organizer tells Radio Sputnik’s Loud & Clear.

"This is a testament to the wonderful organizing that has been going on in Chicago, the uprisings and the public pressure that has been going on nationally in regards to demanding a change in the status quo and the systemic impunity that police have been given nationwide," Chicago Black Lives Matter organizer Aislinn Pulley told Loud & Clear hosts Brian Becker and John Kiriakou.

"This is 100 percent the result of organizing that has gone on and fights by mothers and fathers and siblings who have lost their loved ones to police violence in this city," she said, calling it a "historic moment."

The racial makeup of the jury caused concern amongst anti-police brutality activists: while Chicago is 32.9 percent black, only one of the 12 jurors was.

Compounding the issue was the fact that police officers are very rarely convicted, let alone charged, for killings. When Van Dyke was charged with murder in 2015, he was the first cop in the Midwestern city to face such a formal accusation in 35 years. When he was found guilty on Friday, he became the first Chicago officer to be convicted of murder over an on-duty killing in 48 years.

While it seemed like the deck was stacked against justice, Van Dyke was nonetheless found guilty of second-degree murder and on 16 counts of aggravated battery — one for each bullet he fired at McDonald. He was found not guilty on a misconduct charge, however. 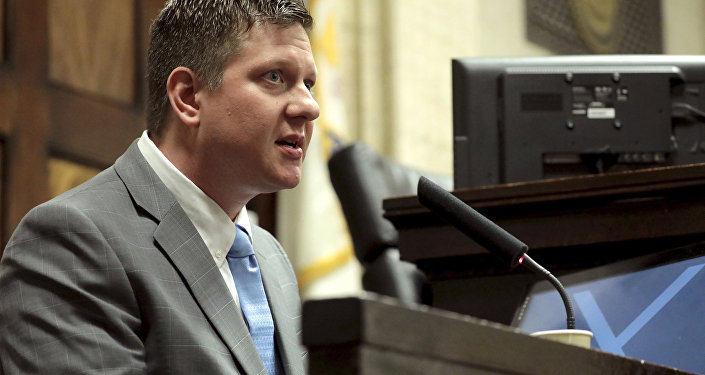 "Laquan McDonald was killed on August 20, 2014, shortly after Mike Brown was killed [in Ferguson, Missouri]," Pulley told Sputnik. She noted that eight days prior to the killing of McDonald, Ronald Johnson was gunned down by the very same police department but no charges were ever filed in that incident. In 2014 there was a "rash" of police murders in Chicago, Pulley said.

Dashcam footage of McDonald's killing wasn't released for more than a year after the event, fueling widespread speculation that the city and the police department were trying to cover up the facts of the shooting. Outgoing Chicago Mayor Rahm Emanuel "hid the dashcam video of Laquan McDonald's murder in order to win reelection," Pulley told Loud & Clear.

Emanuel won re-election in April, 2015. The video was released seven months later following a Freedom of Information Act request by Brandon Smith, a journalist, and William Calloway, a community organizer. The City of Chicago rejected 15 requests to release the video, Huffington Post reported. 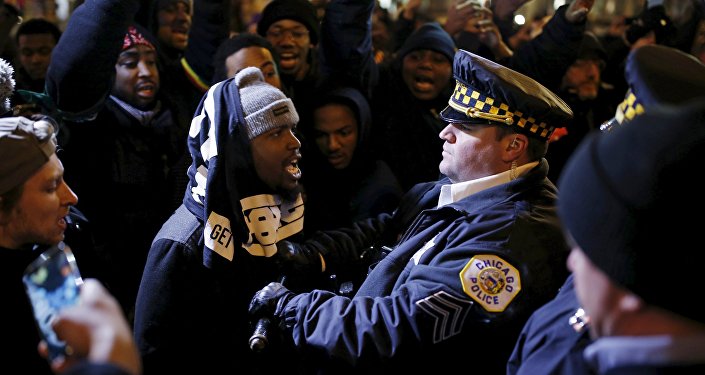 Police initially said that McDonald lunged at officers and pointed a knife at them, but the dashcam footage shows that he did not and was actually veering away from the officers when Van Dyke opened fire. The only video of the encounter not recorded by police was from a surveillance camera at a nearby Burger King. Five officers were caught entering it and using the fast food joint's computers. But when police investigators returned the following day, they found 86 minutes of footage surrounding the time of the incident were missing.

Three officers have been charged conspiring to exaggerate the danger McDonald posed to police, presumably in order to bolster Van Dyke's narrative of having acted in self-defense. That litigation is ongoing. The stories they gave their superiors contained "virtually identical false information," prosecutors said in a recently unsealed document.

While Pulley characterized the conviction as historic, she said that it is still not enough to deter police from terrorizing black communities, arguing that it is only the beginning in the battle for justice for victims of police brutality. In essence, the conviction of one single officer changes things, but not everything. "This is a systemic issue, and it needs to be dealt with systemically," she said.