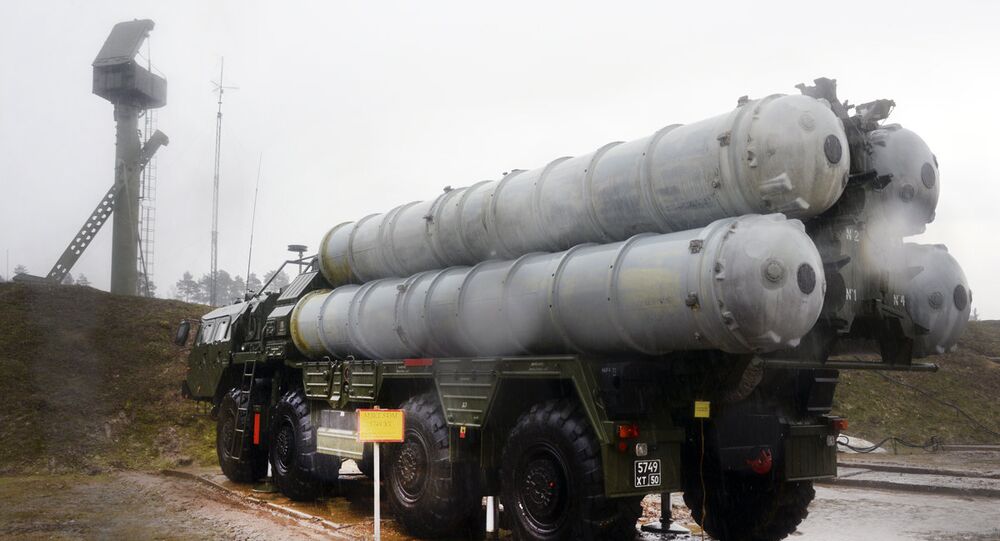 Israeli Defense Minister Avigdor Lieberman signaled on October 3 that Israel was unhappy with the delivery of Russian-made S-300 air defense system to Syria but wouldn't stop its operations in the region. Speaking to Sputnik, Israeli publicist Avigdor Eskin shared his views on Moscow's move and the future of Russian-Israeli relations.

"Israel is very cool about the deployment of S-300 in Syria," said Israeli publicist and political commentator Avigdor Eskin, commenting on the delivery of the Russian-made air defense system to the Arab Republic.

"As you know, there is S-400 in the area, which also does not make us sleepless. All this is not a challenge for Israeli Air Forces," he stressed. "Eventually, there could be a threat for our civil aviation, but this is also taken into consideration. After all, our border with Syria was 100 percent quiet between 1973 and 2012."

On October 4, Israeli veteran war correspondent Ron Ben-Yishai bemoaned the fact "the Americans have not really interfered so far" and "left Jerusalem to deal with the shooting down of the plane on its own" in his op-ed for Ynetnews.com. So, what's behind the Trump administration's alleged hesitance to "shield" Israel?

"This is normal," the publicist responded. "Israel developed relations with Russia without US participation or approval (not against US interests, but independently). Therefore Israel is fixing the relations with Russia without active US help. We do not need the assistance of Washington in this case. Notwithstanding the fact, that President Trump is our best friend and ally and his administration is the best for Israel in its history."

According to Eskin, there is no need to stir up bellicose rhetoric: "The system is not a threat for us [Israel]," he said. "Israel is not going to undermine the Assad regime. The coordination and the cooperation between Russia and Israel are in place and even have not been harmed de facto."

Likewise, there is no reason to expect any aggressive moves from Washington in response to the deployment of the S-300, he believes: "There will be eventually some exchanges of views between Moscow and Washington. Both powers are seriously entrenched in Syria. They are not going to leave in the nearest future. Therefore, there will be certain modus vivendi."

© Sputnik / Russian Defence Ministry
Israel Won't Stop Ops in Syria Despite S-300 Delivery - Defense Minister
For its part, "Israel will act responsibly as it did before," Eskin pointed out, expressing confidence that for its part, Russia would ensue that there would be no "Iranian installations" near its military bases.

"Israel and Russia will avoid conflicts and their interests meet in many aspects. But Russia has a variety of interests in the Middle East. Therefore the relations will be constructive and not warm," the Israeli publicist concluded.

On October 2, the Russian Defense Ministry finished the delivery of all the necessary components for the S-300 systems, including radars, control vehicles and four launchers. The move came in response to the accidental downing of a Russian Il-20 reconnaissance plane with 15 airmen on board on September 17 by a Syrian S-200 defense system. The Russian Ministry of Defense blamed the tragedy on Tel Aviv, saying that the Israeli Air Force had used the Russian aircraft as a shield amid its air raid without informing the Russian Defense Ministry of the strike in a timely fashion. Israel refuted Moscow's accusations.