The revelation that Amazon is stripping workers of the company's incentive program days after announcing wage increases highlights the importance and necessity of unions, Neal Sweeney, the vice president of United Auto Workers Local 5810, the union representing post-doctoral researchers in the University of California system, told Sputnik.

A day after Amazon announced that it would be raising its minimum wage to $15 an hour for all of its US employees, it was revealed on Wednesday that the deal came with a trade-off: no more stock options or monthly bonuses.

Though the Tuesday Amazon blog post did explain that the company was switching to a new stock purchase program because employees "prefer the predictability and immediacy of cash," it failed to mention the complete loss of monthly incentives that amount to hundreds of dollars for staff.

A spokesperson for the giant online retailer told CNBC in an article published Wednesday that the increase in hourly wages would "more than compensate for the phase out of incentive pay." That claim, however, doesn't quite match up with a recent report from Bloomberg, which indicates that the majority of workers already making $15 and hour will be getting a raise of just $1.

​Sweeney told Radio Sputnik's Loud & Clear on Thursday that the situation Amazon workers have found themselves in could've been avoided, had they been part of a union.

"It emphasizes why having a union is so critical here, because the employer can do whatever they want," the union leader told hosts Brian Becker and John Kiriakou. "If they had a union, they could… put pressure on employers to raise pay and look at the various options of compensation and see what makes sense to the employees… and make a proposal and eventually reach an agreement on a contract."

Amazon's big announcement came less than a week after an internal video showing the company's anti-union tactics was leaked to the media by employees of Whole Foods. The grocery store chain was bought by Amazon for $13.7 billion in 2017. 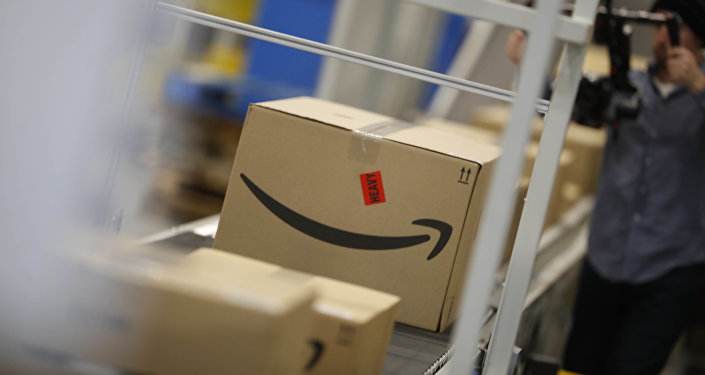 The 45-minute video includes six sections that are "specifically designed to give you the tools that you need for success when it comes to labor organizing," according to Gizmodo, which obtained the leaked footage.

In the fourth section of the video, dubbed "Warning Signs," it offers a extensive lists on keywords and actions that could signal workers wanting to unionize. Signs for managers to keep an eye out for, per Amazon's standards, included the use of terms "living wage" and "steward," employees wearing union apparel, workers who don't typically spend time together suddenly hanging out and "any other associate behavior that is out of character," Gizmodo reported.

The anti-union video, Amazon's move to raise wages and its subsequent removal of incentives demonstrates that in response to pressure from workers, employers' "first move is to give some kind of concession," Sweeney said.

"But what they hold onto in the very end is the unilateral power in the workplace," he stressed.

As for whether a union movement among Amazon employees is likely to spring up, Sweeney told Becker that it's definitely a possibility, requesting the "public to come out and support these workers."