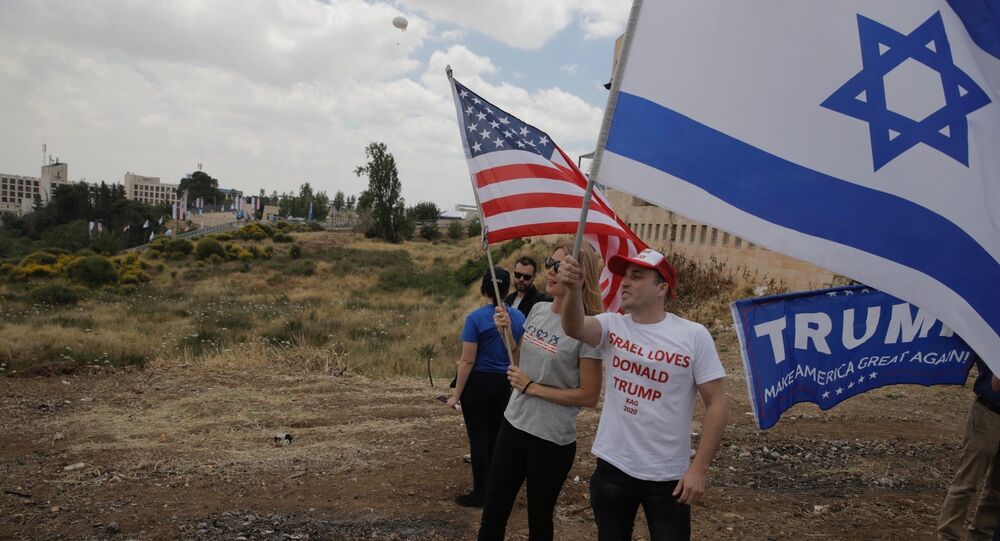 US Administration Isolates Itself on Intl Diplomatic Arena - Palestine Diplomat

MOSCOW (Sputnik) - Washington's decision to pull out of an amendment to the Vienna Convention to block the Palestinian lawsuit against the United States in the International Court of Justice (ICJ) is another step toward international isolation, Palestinian ambassador to Turkey Faed Mustafa told Sputnik on Thursday.

"We are seeing that the American administration isolates itself on the international political and diplomatic arena step by step. Sometimes for us, diplomats, it is difficult to understand their reasoning as the US administration supports Israel unconditionally. For example, it is difficult to find a logical explanation for their UNESCO withdrawal, ICC step and etc," Mustafa said, when asked to comment on the US decision.

US National Security Adviser John Bolton announced the decision of US President Donald Trump on Wednesday, stressing that the United States would remain a party to the Vienna convention itself. The amendment in question was focused on dispute resolution.

READ MORE: US Says Palestine Not a State, Withdraws From a Protocol of Vienna Convention

Palestine filed a lawsuit with the ICJ in September, asking it to order Washington to relocate the US Embassy from Jerusalem.

The move of the United States' embassy from Tel Aviv to Jerusalem took in May, with Washington thus recognizing Jerusalem as the capital of Israel. However, the city is claimed as the capital by Palestine as well.

Palestinian Central Council will hold an emergency meeting in late October amid US attempt to block Palestine's lawsuit in the International Court of Justice (ICJ), Palestinian ambassador to Turkey Faed Mustafa told Sputnik.

"The Palestinian leadership will call for an emergency meeting of the Central Council around the end of October. The central council is the highest council that can take political decisions. Many things will be discussed and many decisions will be taken at this meeting… We will not just be watching, we will take actions to defend ourselves," Mustafa said.

The diplomat stressed that Palestine saw US recent actions as illegal and breaching the interests of the international community.

"We will continue to use all channels to protect the rights of the Palestinian people in the United Nations, ICC and the International Court for Justice," Mustafa said.