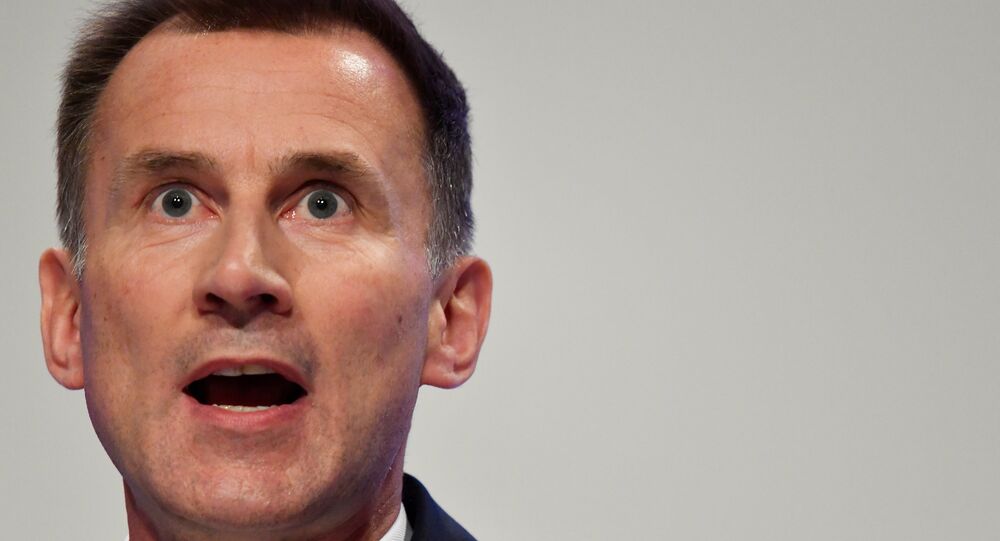 Sputnik: What do you think of Jeremy Hunt's analogy of Chamberlain's appeasement of Nazi Germany and Corbyn's attitude towards Russia?

Ollie Richardson: Well clearly what Mr Hunt is trying to do there is to form some sort of connection between Jeremy Corbyn and people like Adolf Hitler, using Chamberlain as a proxy here. And obviously the aim of this is to label him as an extremist. A lot of work has been done over the last 100 years to depict Russia as this prison of nations; this evil regime that is completely in opposition to everything that the so-called democratic and civilized West stands for. So now we're seeing people like Jeremy Corbyn who can be described as black sheep, who even are interested in a peaceful solution to the Palestine question. And of course this 100 years of building this anti-Russian bloc in the western world — it's not just something that can disappear.

© REUTERS / Toby Melville
Jeremy Hunt and the UK Government are the 'Malign' Actors, Not Russia
Sputnik: What do you think about his nationalist rhetoric and references to Winston Churchill in his speech?

Ollie Richardson: Just before World War One if we remember, Churchill was a very prominent figure in the British navy and he lobbied very hard to strike a blow on Keiser's Germany. Because at that time British hegemony revolved around control of the seas with its naval fleet and thus it could secure London's hegemony over the financial flows. And of course Winston Churchill also called to drop a nuclear bomb on the Soviet Union later in world war two. So in reality, British nationalism would take into account all British people from all walks of life but this sort of nationalism is about projecting the interests of a very select few people; so-called elites.

Corbyn: Labour Will Challenge UK Prime Minister May on Any Brexit Deal