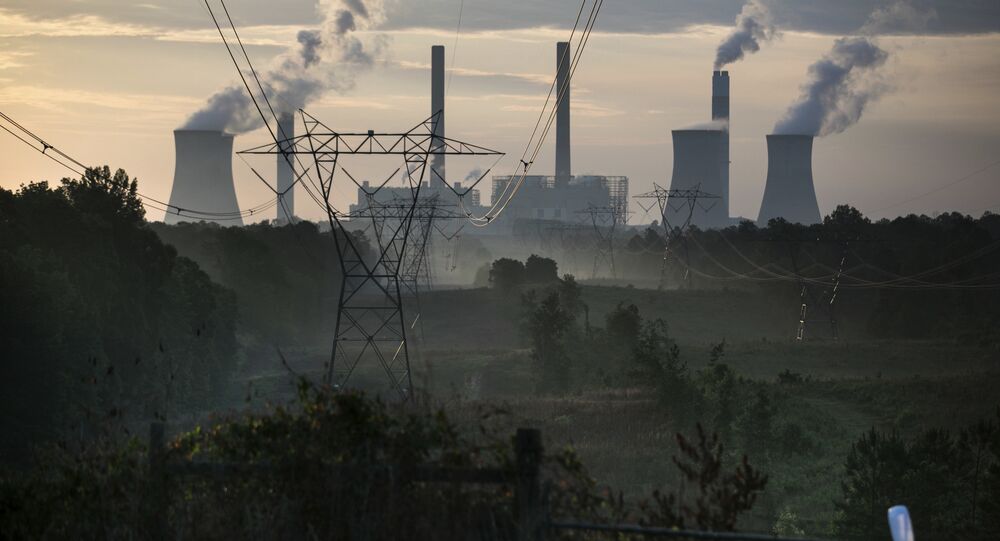 Over 195 representatives from UN member governments are meeting in South Korea to reach an agreement over the impacts temperature rises have on climate change. Sputnik spoke to David S. Reay, climate change scientist, author, and professor of carbon management at the University of Edinburgh, about this.

Sputnik: Firstly, could you explain some of the most significant risks and challenges of living in world, which is 1.5 degrees warmer, from what it is now?

David S. Reay: The meeting this week is really about a special report from the intergovernmental panel on climate change to look at 1.5 degrees of warming and the IPCC was asked to do that because under the UN and international climate negotiations, there was a recognition that although we are striving in keeping temperatures below two degrees postindustrial warming, even that would have negative impacts on a lot of people around the world – particularly low-lying countries. This report is being done to see what 1.5 degrees would look like and how we get there; one of the key findings of the report is that with 1.5 degrees of warming we get fewer impacts, we get less negative impacts in terms of low lying areas like I say from sea level rise and flooding, less species lost, a reduction impact and a significant reduction in costs compared to two degree future. So that’s what the report looks at and it also looks at how we can achieve that.

David S. Reay: So the severe weather events we’ve seen this year, some of them can be attributed to this background increase in climate and temperature. Obviously we’ve had severe weather events throughout history – what we’re seeing is an increase in things like heatwaves, higher temperatures and the extremes of temperatures being higher than they have ever been before; and this is because of this baseline of climate is being pushed up. We’ve had, globally, about one degree of warming already since the post-industrial period; we’ve used up a lot of our amount of leeway in terms of pushing the climate into a warming state and so on the current trajectory we’re looking to hit about 1.5 degrees of warming, that key threshold, by about 2040 so in just a couple of decades. 1.5 is still the ambition, that’s still not safe for everyone, but it’s a hell of a lot better than 2 degrees and our current trajectory it’s more like 3 degrees of warming that will put a lot of people at risk.

David S. Reay: The short answer is no. if we look at the Paris agreement, that’s the best game in town internationally in terms of tackling climate change, it’s a really strong agreement in terms of how it’s been put together and the framework that allows us to take the best scientific evidence but if we look at all of the commitments under the Paris Agreement it will mean a future of about 3 degrees of warming by the end of the century. We can’t afford that in terms of the negative impacts on so many people, on livelihoods, on ecosystems. We need to act faster and that’s part of what this report looks at.